On Thursday night, Austin police officers were notified of a series of stabbings that took place within a 30-minute timeframe on several downtown streets. 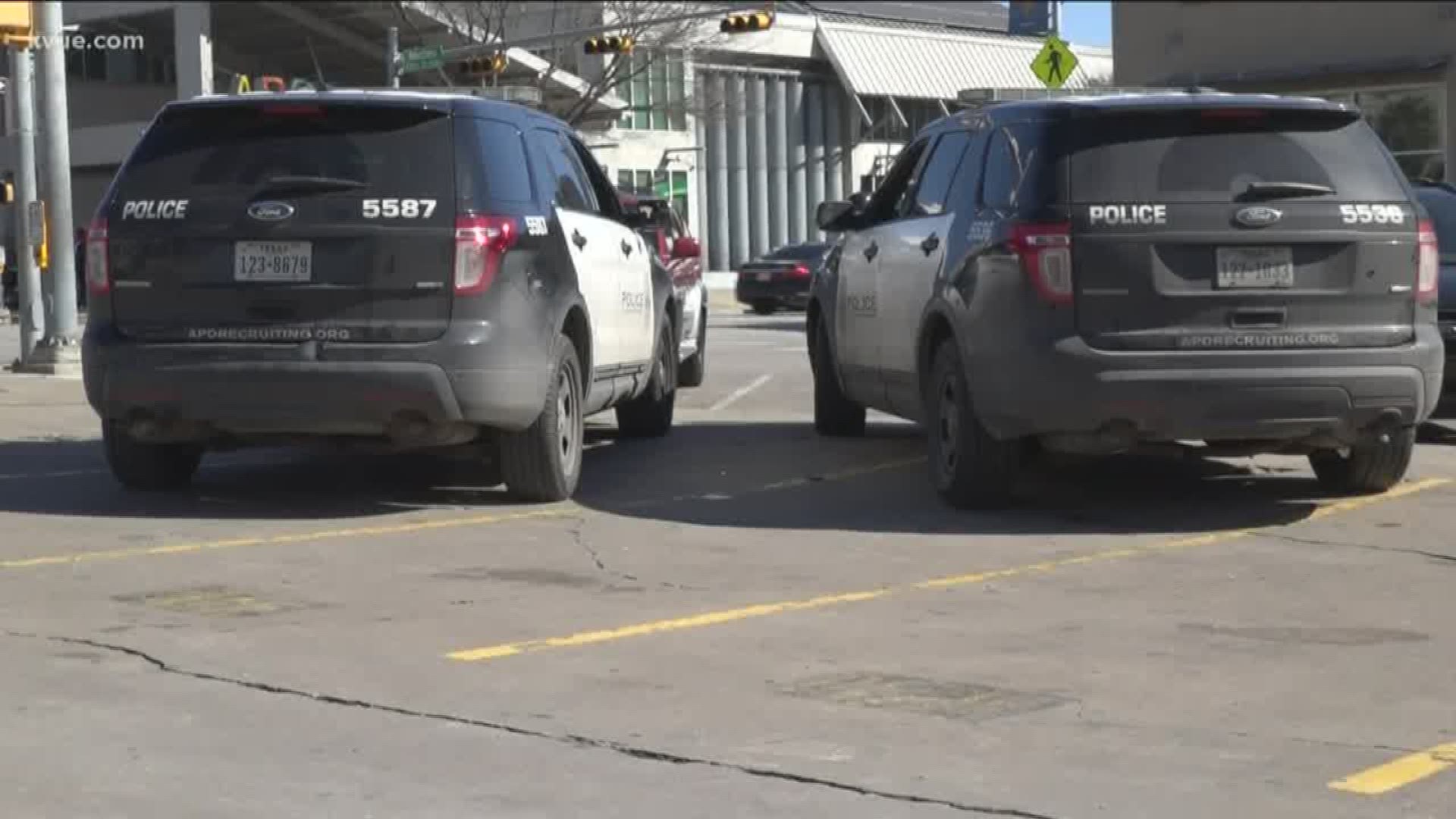 AUSTIN, Texas — Two University of Texas at Austin students were among the victims in a series of stabbings in Downtown Austin on Thursday night.

According to a police report obtained by KVUE, Austin police officers were notified of a series of stabbings that took place within a 30-minute timeframe in the 600 block of Neches Street, 500 block of East Sixth Street and at the intersection of East Sixth and Red River Street on Thursday night around 11:24 p.m.

Austin police said several victims reported that a woman – later identified as 33-year-old Raeshala Morris – came up from behind them and struck them in the back of the head or body and then ran away. The victims reportedly suffered from deep lacerations and cuts.

Morris was arrested and booked in the Travis County Jail, charged with two counts of aggravated assault with a deadly weapon. She reportedly told police she stabbed five people, but officers said at the time that there were only three confirmed victims, the report said. Two of those victims were taken to a local hospital with non-life-threatening injuries. APD said video they obtained potentially showed an additional victim that had not been identified and police asked that any additional victims come forward.

"We're working on getting additional officers to come in on an overtime basis," said Manley. "And we will work to do that through this weekend."

Selena Ernandez works on South Congress Avenue and said she is happy about the extra police presence.

Amy Skudlarczyk lives downtown and thinks there is a deeper issue and patrolling the entertainment district is not fixing Austin's homelessness issue.

"Being out here and making sure someone doesn’t stab someone is super important but there is a bigger issue," said Skudlarczyk. "There are so many issues with homeless people we can’t control."

"There is more under the surface than we know and how we start to figure that piece out versus just protecting our streets," Skudlarczyk added.

"Take them out of the street and into the psych and get them the help that they deserve and need," Ernandez said.

On Sunday morning, UT Austin Police Chief David Carter confirmed that two of the victims were UT students. Carter said that he was alerted by a professor that a second student was attacked on Sixth Street. UTPD notified APD and connected that student to Student Emergency Services for follow-up on care.

"Never hesitate to tell someone if you are assaulted," Carter said. "Police will always keep your identity confidential."

These stabbings led to further back-and-forth between Gov. Greg Abbott and Austin city leaders over the City's homeless policies. According to the police report, Morris is a known homeless woman in Austin.

On Sunday, Gov. Abbott tweeted in response to Carter, saying he's "heard urgent pleas by UT students about increasing lighting and security tools around campus." Abbott said he shared his expectations with UT leaders and expects results next month.

Later on Sunday, UT President Greg Fenves said that he and UT Board of Regents Chairman Kevin Eltife are working on securing more funds to hire police, expand patrols and upgrade security-related technology in West Campus.

"We must stay focused on keeping the UT community safe," Fenves said.

If you have any information regarding the stabbings downtown, call the APD Aggravated Assault Unit at 512-974-5245. People may also contact Crime Stoppers at 512-472-TIPS or use the new Crime Stoppers App. You can also submit tips by downloading APD’s mobile app, Austin PD, for free on iPhone and Android.