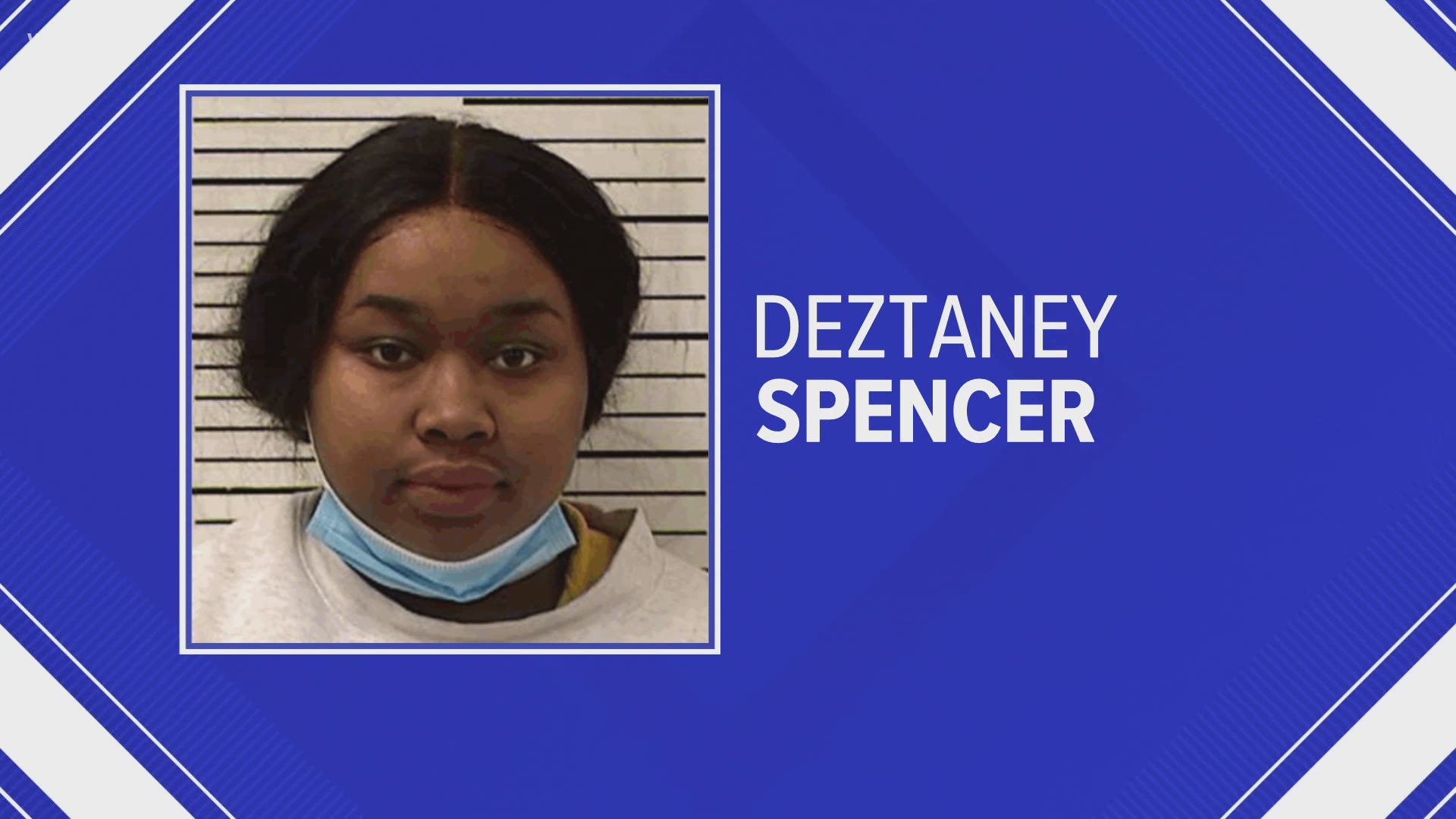 ARCHBOLD, Ohio — Two Cleveland residents are in custody following a police chase in the Village of Archbold Monday.

Officers responded to a call of a stolen vehicle just after 4:30 p.m., according to the Archbold Police Department. The incident occurred at Terry Henricks Chrysler Dodge Jeep, located at 1935 S. Defiance St.

One of the vehicles, a black Dodge Challenger Hellcat stolen from Strongsville, crashed near County Road D and County Road 24. The driver, 29-year-old Thorne Carrington of Cleveland, was arrested and charged with grand theft of a motor vehicle and failure to comply with order or signal of a police officer.

Officers continued to follow the second vehicle, a stolen green Dodge Charger Hellcat which was located on West Street in Archbold. A search of the area and tips from residents led to the arrest of the second driver, 21-year-old Deztaney Spencer of Cleveland. Spencer has been charged with grand theft of a motor vehicle and failure to comply with order or signal of a police officer.

The name Deztaney Smith may sound familiar. The Ottawa County Sheriff's Office was looking for a woman by the same name. Spencer is accused of stealing an Ottawa County sheriff deputy's cruiser after a crash back on Dec. 12.

RELATED: CAUGHT ON VIDEO | Woman on the run after stealing 3 vehicles, including Ottawa Co. patrol car

Spencer stole and crashed three different cars that day, according to authorities.