Kevin Gough, the attorney for William 'Roddie' Bryan, said demonstrations outside the courthouse during the trial amounted to a 'public lynching.' 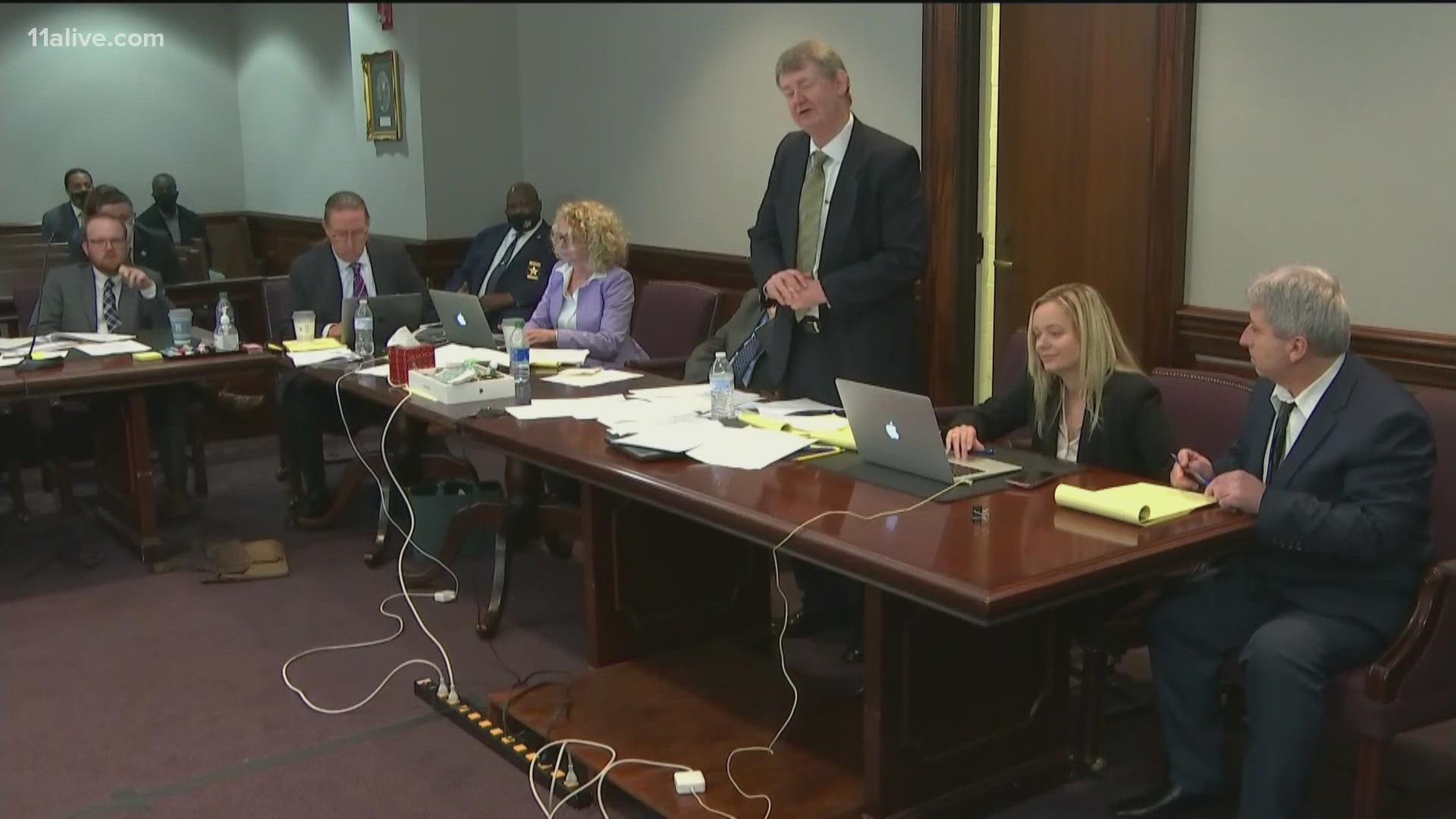 GLYNN COUNTY, Ga. — A motion for mistrial was denied Friday in the Ahmaud Arbery death trial after defense attorney Kevin Gough argued the trial had been "infected" by the influence of a "woke left mob."

Gough has made several motions for mistrial throughout the trial, repeatedly alleging jury intimidation or some other undue influence on proceedings by outside actors.

Earlier in the trial, he made a comment about not wanting "any more Black pastors coming in here" at the court, after Rev. Al Sharpton had sat with Arbery's mother, Wanda Cooper-Jones in the gallery.

That inspired a response from Black faith leaders, who gathered by the hundreds in Brunswick on Friday in support of the Arbery family.

RELATED: What happened when Black pastors from around the country gathered outside the court

Gough said Friday this show of solidarity amounted to a "public lynching" of the defendants.

"Third parties are influencing this case, they've been doing it from the gallery in this courtroom, they've been doing it outside. This is what a public lynching looks like in the 21st century," he said. "It doesn't matter how many people are outside, it doesn't matter how violent they appear to be, it doesn't take much - you've got witnesses and jurors who are worried about their careers and their livelihoods when this case is over and they're well aware of what's goin on."

He added that "just because they haven't put a podium up outside with a hangman's noose it doesn't mean that this isn't a trial... that's been infected by mob violence of a woke left mob."

Arguing against the motion, state prosecutor Linda Dunikoski argued that Gough was requesting a mistrial based on activity outside the court he himself had caused. She called it "brilliant lawyering."

Dunikoski said that with the growing crowd of organizations like Black Voters Matter and demonstrators with t-shirts like "Black Pastors Matter," Gough had "got the responses that he wanted."

She said he was arguing "well see, people are coming, and people are responding."

In a short statement denying the motion, Judge Timothy Walmsley referred back to his numerous denials of mistrial motions in this case.

"I think the court's position has been accurately stated previously," he said, before breaking for lunch.

All parties rested their case on Thursday and closing arguments are expected to be presented before the jury on Monday morning.