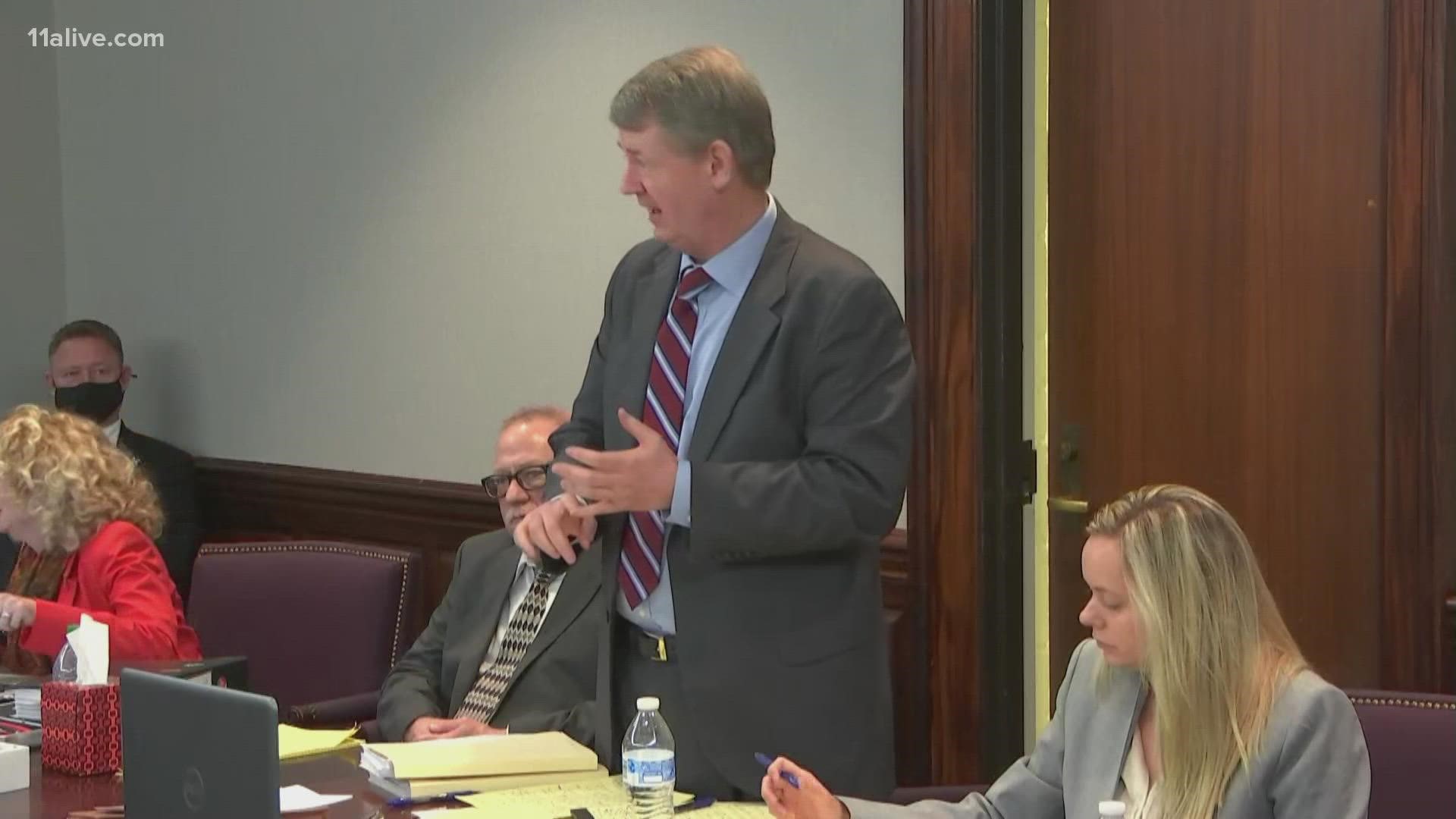 Bryan is the third man, along with father and son Greg and Travis McMichael, facing murder charges in the case.

Sharpton and civil rights attorney Ben Crump - who worked on the George Floyd trial - have been in Glynn County lending their support to Arbery's family this week as the trial has gotten into full swing.

11Alive sister station First Coast News has reported on their press appearances outside the courthouse and noted in their live blog on Wednesday that Sharpton was sitting in court with Marcus Arbery, Sr., Ahmaud Arbery's father.

@TheRevAl: “We want those young #Black boys to know if nobody cares about them, we do.” - when asked what the message is for young Black boys whose running shoes are still in their closets #AhmaudArbery @FCN2go pic.twitter.com/kFZEO1GN62

Gough, Bryan's attorney, claimed Sharpton's presence inside court could be "political" and "intimidating."

"I've got nothing personally against Mr. Sharpton, my concern is that it's one thing for the family to be present, it's another thing to ask for the lawyers to be present - but if we're starting a precedent where we're gonna bring high-profile members of the African American community into the courtroom to sit with the family during the trial in the presence of the jury, I believe that's intimidating and it's an attempt to - consciously or unconsciously - pressure or influence the jury," Gough said.

The attorney then said "we have all kinds of pastors in this town" and asserted the family should only have a limited number of representatives with them.

"The idea that we're gonna be serially bringing these people in to sit with the victim's family one after another, obviously there's only so many pastors they can have," he said. "And if their pastor is Al Sharpton right now, that's fine, but then that's it - we don't want any more Black pastors coming in here... Jesse Jackson, whoever was in here earlier this week sitting with the victim's family trying to influence the jury in this case."

Judge Timothy Walmsley was not receptive to the arguments.

He cut Gough off as he presented some kind of hypothetical scenario about people coming into the court "dressed like Colonel Sanders with white masks" by saying, "I don't need to hear that."

The judge then said he was told on Wednesday that Sharpton would sit with the family in lieu of one of the other family members, and he said that it was fine with him "as long as things are not disruptive and it's not a distraction to the jury or anything else going on in the courtroom."

He said if Sharpton's presence rose to violating any courtroom conduct rules he'd set forth, then he would have taken the matter up.

But, he noted, he never heard anything from anyone until Thursday.

"Nobody was aware he was even in here," Judge Walmsley stated. "If you weren't even aware of it 'til later, I'm not sure what we're doing."