A 22-year-old was on a motorized off-road mini bike when police say another vehicle struck him from behind. 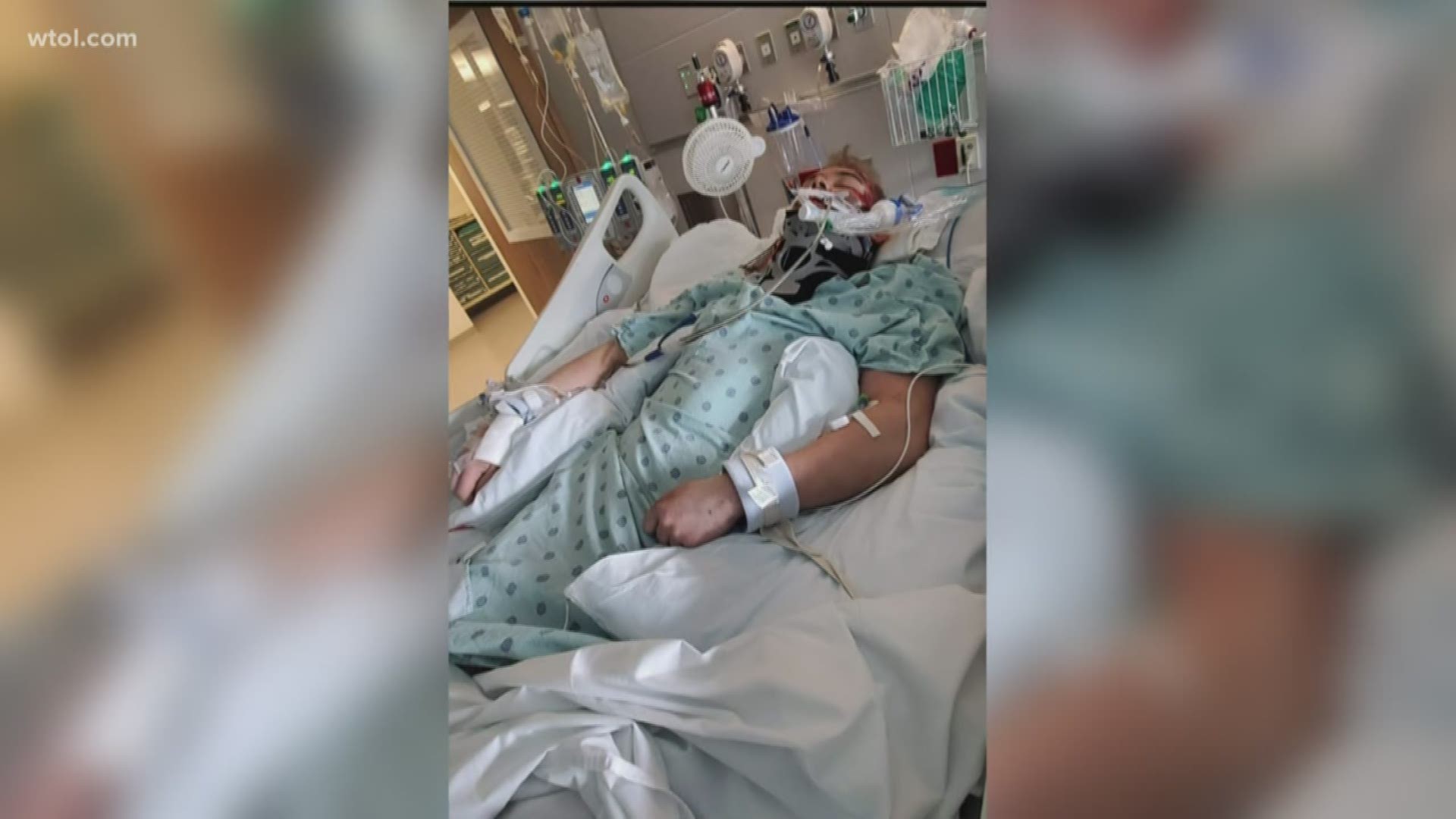 TOLEDO, Ohio — Police say a person of interest has come forward in a hit-and-run crash that left a 22-year-old man in the hospital with serious injuries.

Justin Fereza was driving a motorized off-road mini bike in west Toledo early Saturday morning when another vehicle struck him from behind, according to police.

The driver who struck Fereza fled the scene at the time, but police say a person of interest has come forward and was interviewed about the accident.

Fereza was rushed to the hospital, where he remains in serious condition.

A close friend of Fereza, Matthew Kleinert, said he is passionate about "anything with a motor" and was riding his bike by his brother's neighborhood.

Kleinert organized a GoFundMe campaign to help support his family.

According to Kleinert, Fereza suffered extensive injuries and fractured several bones, including his legs and clavicle. He also says Fereza had to get his spleen removed and go through hip and femur surgeries.

"If he's even able to ever walk again, he is going to need family. And they will need time off. I'm just a friend of Justin's, but this young man is 22. Too young for this," Kleinert said.

Kleinert said that on Sunday, doctors took Fereza out of the ventilator and doctors woke him up. According to him, he was still under a lot of medication but was showing positive responses.

Man charged in Leland Ave. fire that sent 1 to the hospital

TPD officer unharmed after shots fired in central Toledo, suspect on the run

RELATED: Pedestrian dies after getting struck by car in Sandusky Twp.