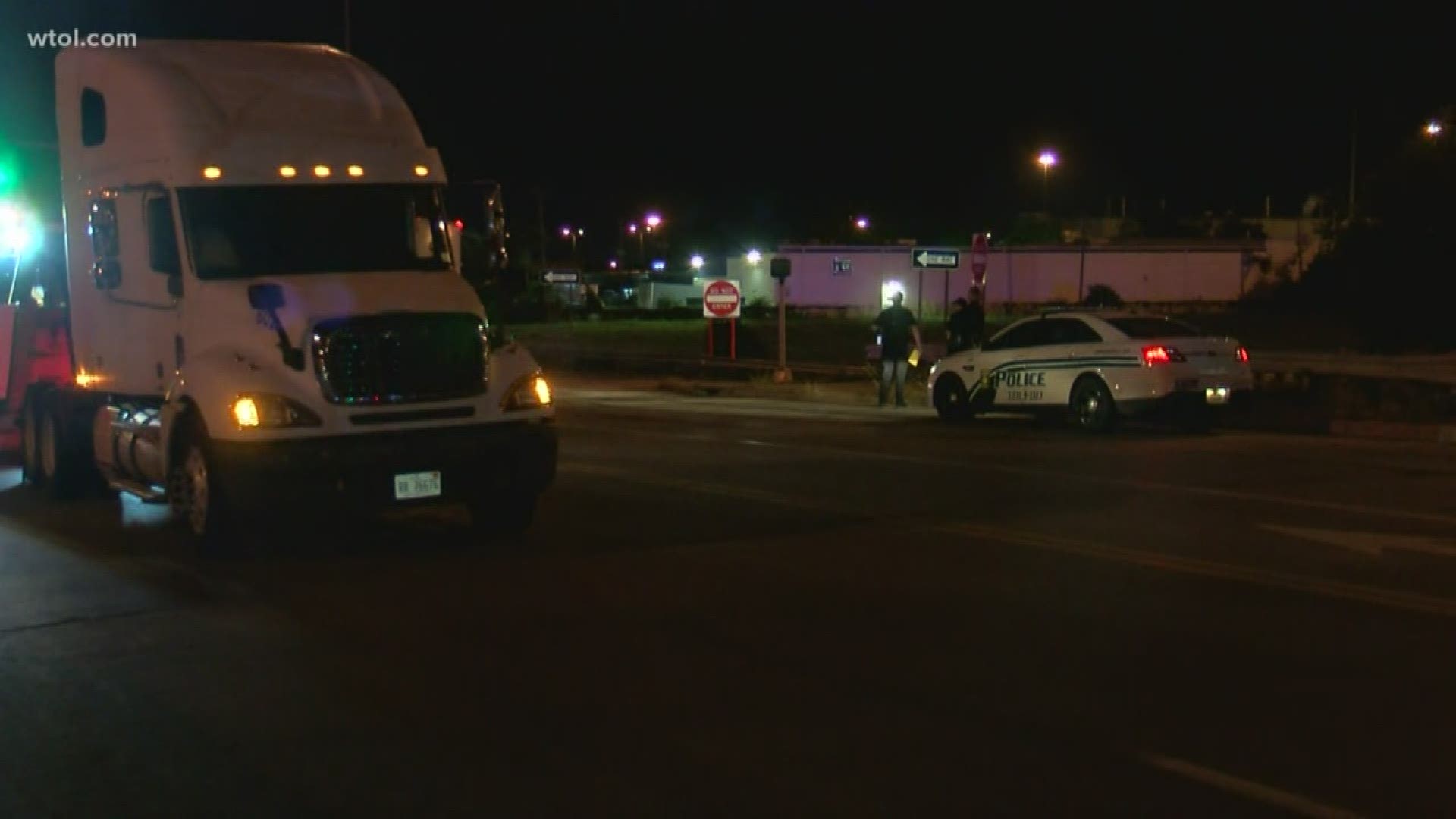 The crash ended the pursuit on Manhattan Boulevard at the I-280 exit ramp.

Police identified the men, suspected in a smash and grab incident, Tuesday morning. John Gilmer, 52, and James Roberts, 32, were fleeing from Toledo Police in a stolen truck when they ran a red light on East Manhattan at I-280 and struck a semi-truck.

Dash camera footage released by Toledo Police on Tuesday shows the pickup striking the semi-truck, with part of the front end going underneath the semi-truck trailer.

Both men had to be extricated from the vehicle by the Toledo Fire and Rescue Department before being transported to Mercy St. Vincent’s Hospital. Gilmer was pronounced deceased at the hospital. Roberts remains in critical condition, suffering from life-threatening injuries.

The driver of the semi was not injured.

Police say the two men were involved in a smash and grab at the Stop & Go on North Summit Street around 1 a.m.

Witnesses spotted the truck fleeing the scene and called police. Officers say the truck may also have been stolen before the suspects stole from the Stop & Go.

Police say the men used the truck to pry open the doors of the store and stole some beer, cigarettes and high-dollar lottery tickets.

The Stop & Go is open for business Tuesday. The Manhattan exit from I-280 as well as the Manhattan overpass were closed for a time as crews worked to clear the scene. Everything has since reopened.

Officials are investigating both the crash and the smash and grab.