Officials say the building is a total loss. 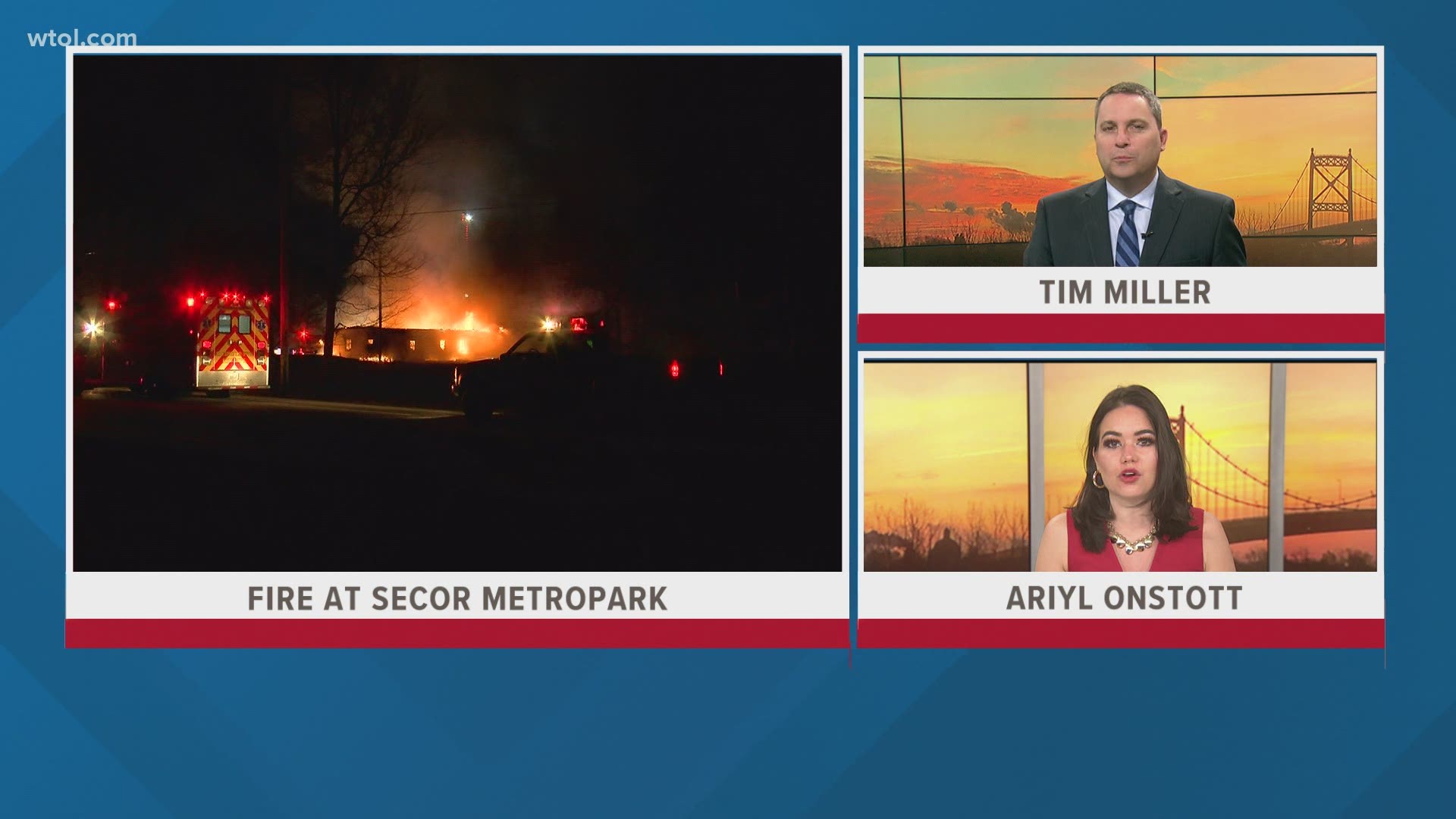 BERKEY, Ohio — Fire crews were on the scene of a fire inside Secor Metropark on Central Ave. Thursday morning.

Crews say calls for the fire came in around 2 a.m. Multiple crews were at the scene of the fire which happened in the maintenance building at the metropark.

Crews say no one was injured, but the building is a total loss. The building holds equipment for the park, such as tractors and service vehicles.

A few pieces of equipment were able to be saved and the fire was contained to one building.

Wires are down due to the fire but there are no outages to neighboring homes. The battalion chief says there doesn't appear to be any hot spots and most of the crews have left.

Metroparks Toledo said on Twitter that the park would be open as usual today.

Secor Metropark is open as usual this morning. Visitors are not affected by a fire overnight in the park's maintenance shop. No one was injured. Thank you to the fire departments from Richfield Twp., Sylvania and Swanton who responded.

Central Ave. is closed for a time due to the fire. The road has since reopened.

It is unclear at this time what caused the fire.