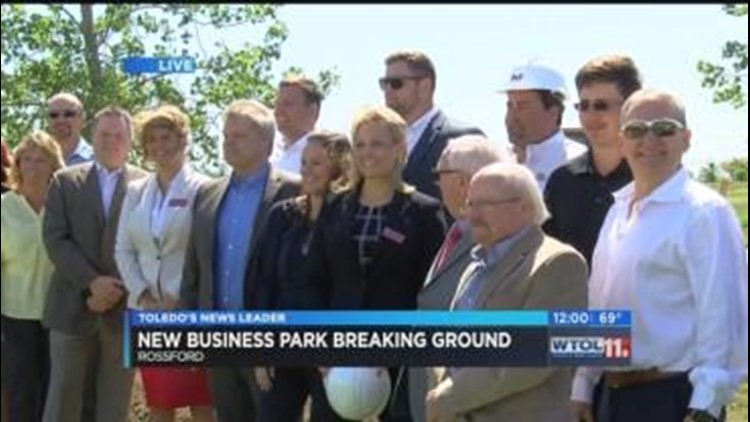 Denver Wholesale Florist is the first company making the move. The shop is currently in downtown Toledo, but they say the new Rossford business park will be better for business.

"It's getting harder to do with a lot of people wanting to move in there, for us, getting in and out is huge," said John Smith of Denver Wholesale Florist.

And that's a big selling point with both I-75 and the turnpike right down the street.

"The response from the business community has been amazing, we're talking to three other companies right now, national companies that are interested in building and locating their headquarters here," said Stephanie Kuhlman of NAI Harmon Group.

"Hopefully with in the next three to five years, the goal is build as much buildings as possible with as many new jobs as possible for the region," Kuhlman said.

This park is right down the street from Bass Pro Shops in an area that's seen more business lately.

"In 10 years this will be the hottest spot in Northwest Ohio," John Smith said.

Harmon Group leaders say, the businesses they're targeting are stable high tech companies. The plan is to start work on the road and buildings as soon as possible.