The FDA issues a safety alert for Zantac and its generic Ranitidine after the drug was found to have a chemical that could cause cancer. 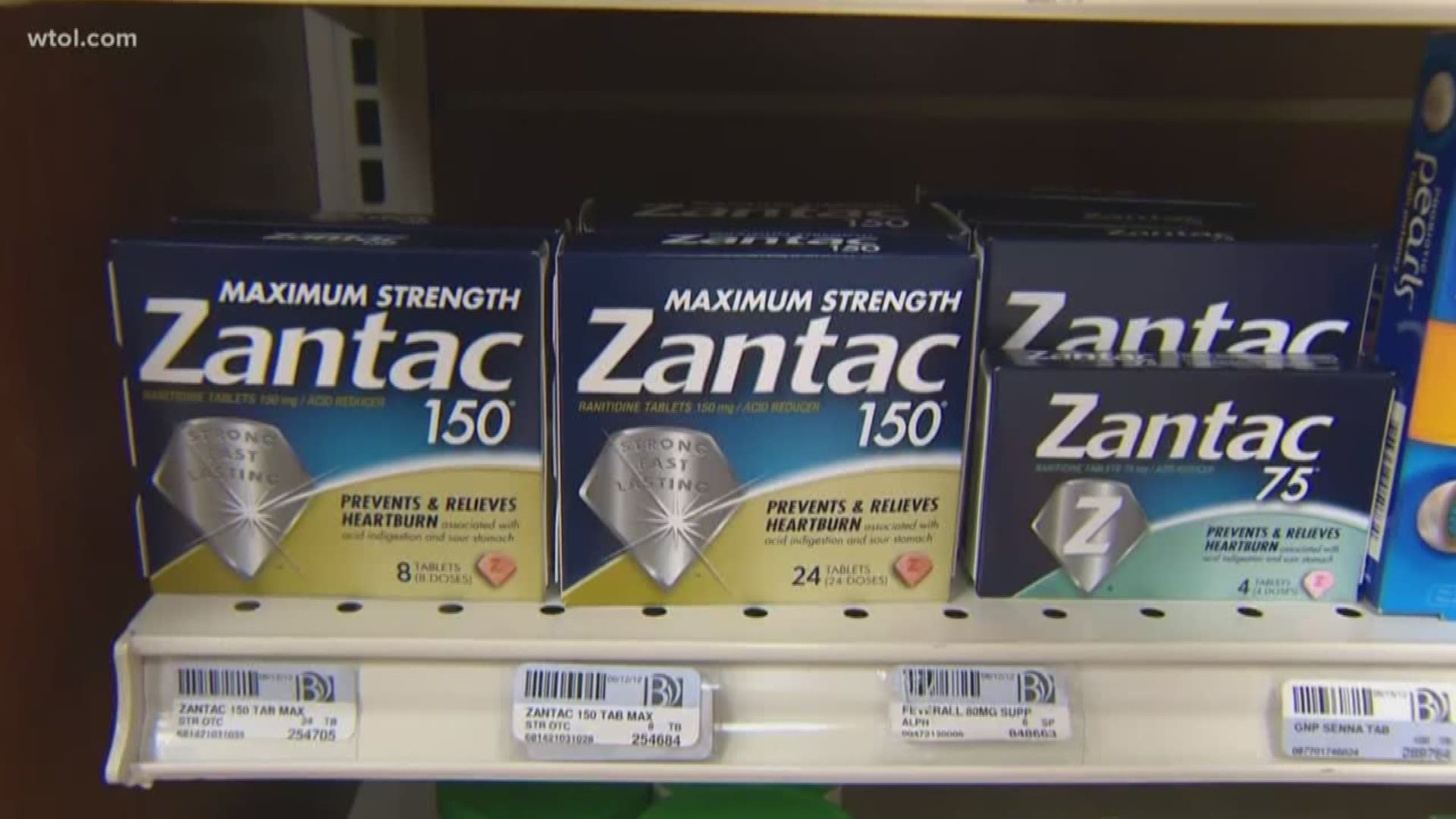 TOLEDO, Ohio — Jennifer Wolfe of Toledo is a mother of two and is always worried about the health and safety of her children. Earlier this week she was scrolling through Facebook and a post about Zantac caught her attention.

"So I clicked it because I was like, 'We all take that. What is this?' And usually when you hear 'cancer' it kind of makes you get a knot in your stomach," said Jennifer.

Several pharmacy chains pulled Zantac and its generic Ranitadine from shelves after a warning from the FDA that it contains a chemical that could cause cancer.

Jennifer says she's taken the drug off an on for 15 years. Plus her 14-year-old has been prescribed it, along with her 18-month-old when she was an infant. "I get so emotional because you just don't want that for your kid. You know?" said Jennifer.

CBS news visited a lab that's been testing heartburn medications to see if they contained the potentially cancer-causing chemical, called NDMA. Urine testing done by the lab found levels more than four hundred times greater than what the FDA considers acceptable. "Oh I'm shocked. Yeah. And sick to my stomach," said Jennifer about the findings.

The drug hasn't officially been recalled. Mercy Health Gastroenterologist, Dr. Wissam Bleibel recommends patients call their doctor to see if they should stop taking it.

Bleibel calls the risk "minute" and adds it's not yet clear whether the chemical could lead to cancer in humans."Since it's cancer and something of big concern for people they can just call and discuss what options they have," said Dr. Bleibel.

That's what Jennifer did. She says her doctor is working on a substitute for her family. "Still makes me a bit anxious because you always have that worry, because you don't want to watch your kid go through that," sa Jennifer.

Dr. Bleibel doesn't recommend patients abruptly stop taking the medication without consulting their doctor He says it could lead to significantly worsening of symptoms for folks with severe acid reflux.