The Toledo Zoo is once again in the running to be crowned the zoo with the best holiday lights in the nation. An expert panel with USA Today's 10Best selected the zoo's Lights Before Christmas display to vie for Best Zoo Lights, competing against 19 other zoos, including three others in Ohio.

Last year, the zoo was just behind Cincinnati for second place in USA Today’s 10Best contest, and voting is open now if you want to help push Toledo into the top spot this year for Lights Before Christmas. Ohio is the most-nominated state, with Toledo, Cleveland, Columbus and Cincinnati's zoos all in the running.

The Toledo Zoo's Lights Before Christmas captured top honors in both 2016 and 2017, as voters acknowledged the brilliance of the annual feature, which boasts more than 1 million holiday lights and 200 illuminated animal images, an ice slide, photo ops with Santa and the famous 85-foot Norway spruce tree decorated with 35,000 LED bulbs.

You can vote once a day until voting ends on Monday, Dec. 2 at noon. The 10 winning zoos will be announced on Friday, Dec. 13.

“We are confident our extremely dedicated, passionate and vocal global fan base can help us shine the brightest again,” said Toledo Zoo’s Senior VP and Chief of Staff, Shayla Bell Moriarty.

In addition to the Toledo Zoo, there are 19 others competing for the title of Best Zoo Lights. In no particular order, they are:

The experts who chose the 20 competing zoos are Marla Cimini, co-author of the book, A Century of Hospitality, a historical exploration of US hotels; Aimee Heckel, who writes for Fodor's Travel Guides, SpaTravelGal.com, HuffPost Weird News, and the Boulder Daily Camera; and Jacky Runice, professional print, online and broadcast journalist based in Chicago. 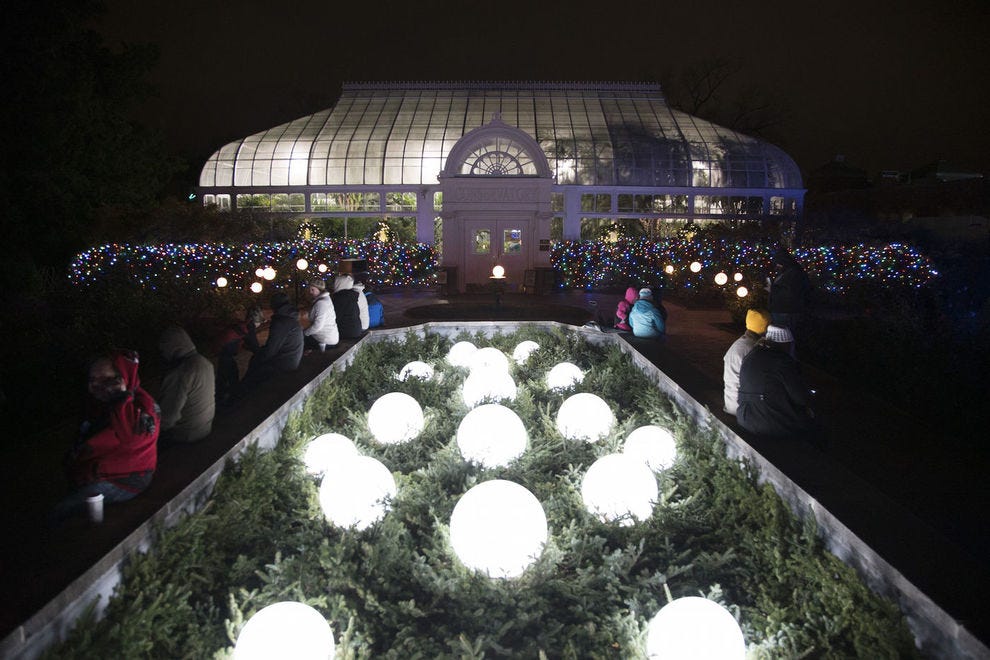 Vote - Lights Before Christmas at the Toledo Zoo - Best Zoo Lights Nominee: 2019 10Best Readers' Choice Travel Awards
Best Zoo Lights The 2019 installment of Lights Before Christmas at the Toledo Zoo will feature more than a million holiday lights and some 200 illuminated animal images, as well as bumper cars, an ice slide, photo ops with Santa and an 85-foot Norway spruce tree decorated with 35,000 LED bulbs.

RELATED: Planning is key for 1 million light display at Lights before Christmas