3News' Tiffany Tarpley shows us how neighbors in one local community are spreading hope. 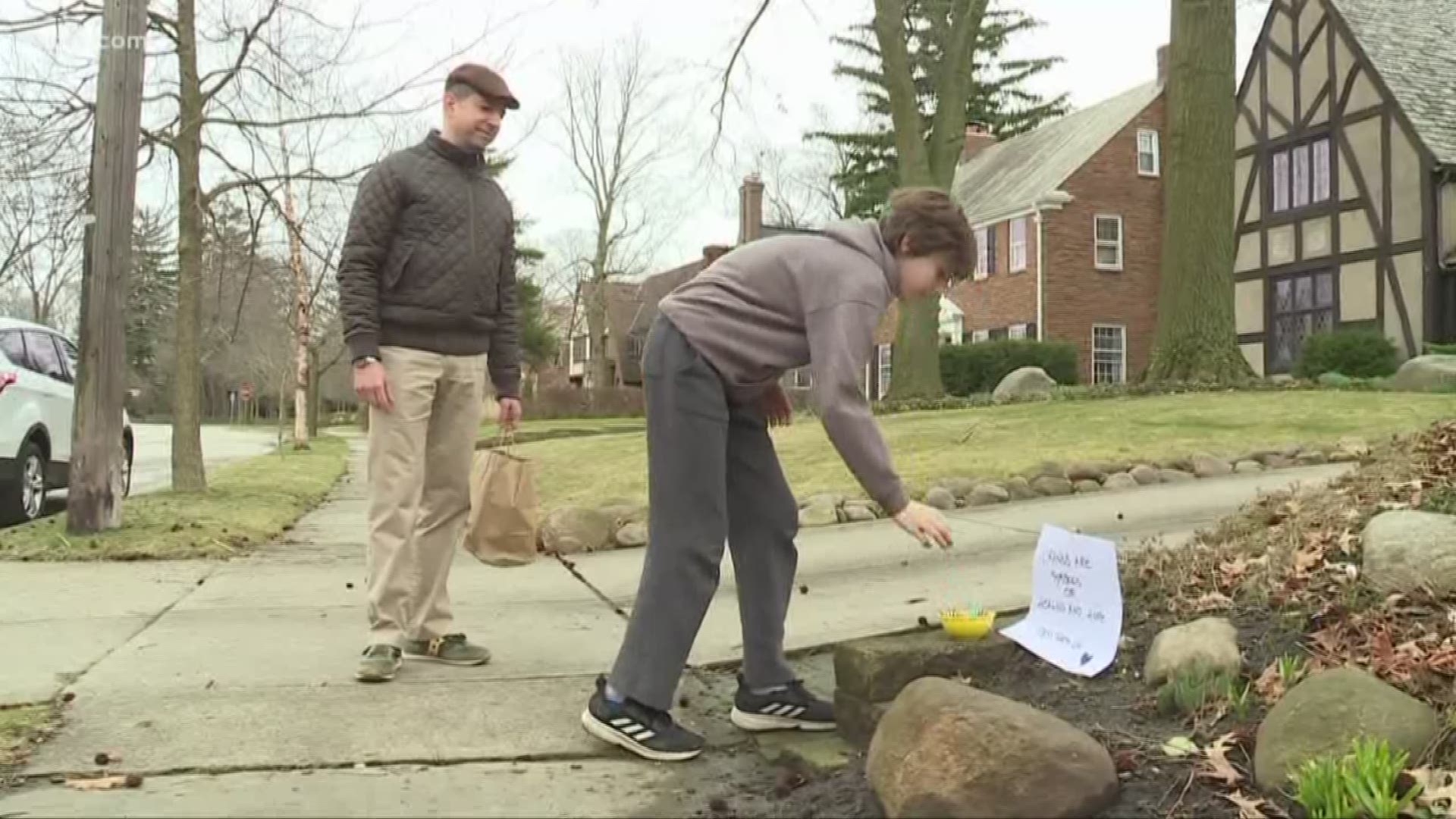 SHAKER HEIGHTS, Ohio — It's the most simple gestures that can mean the most right now and neighbors in the Shaker Heights community are spreading hope.

“Everybody says we’re all in it together and it’s so true,” says Brenda Farrell.  “A lot of us are not working right now and looking for ways to help and be part of a community and so that’s what we decided to do.”

Farrell put a small bowl filled with paper cranes with a sign that reads, "Cranes are symbols of healing and hope, pass them on."

The long-time resident says people passing by have been taking them.

“It’s a Japanese symbol for health and wellness and harmony and hope,” she says. “We have so many people now going up and down the block with babies and pets and runners and walkers and so I thought it would be kind of fun,” explains Farrell.

Within 24 hours a group formed in the Onaway neighborhood to help those who are over 65 years old with serious health conditions.

“The idea is to not have people who are at risk exposing themselves and not expose ourselves more than we have to,” explains Marie Frisof with the newly formed Onway Helping Hands.

Four hundred informational flyers have been printed for distribution throughout the neighborhood.

RELATED: New hope for coronavirus comes from an old drug

RELATED: Job openings in Northeast Ohio during the coronavirus outbreak