One-armed martial artist in Grand Haven training for the paralympics

Austin Osner has overcome a lot. 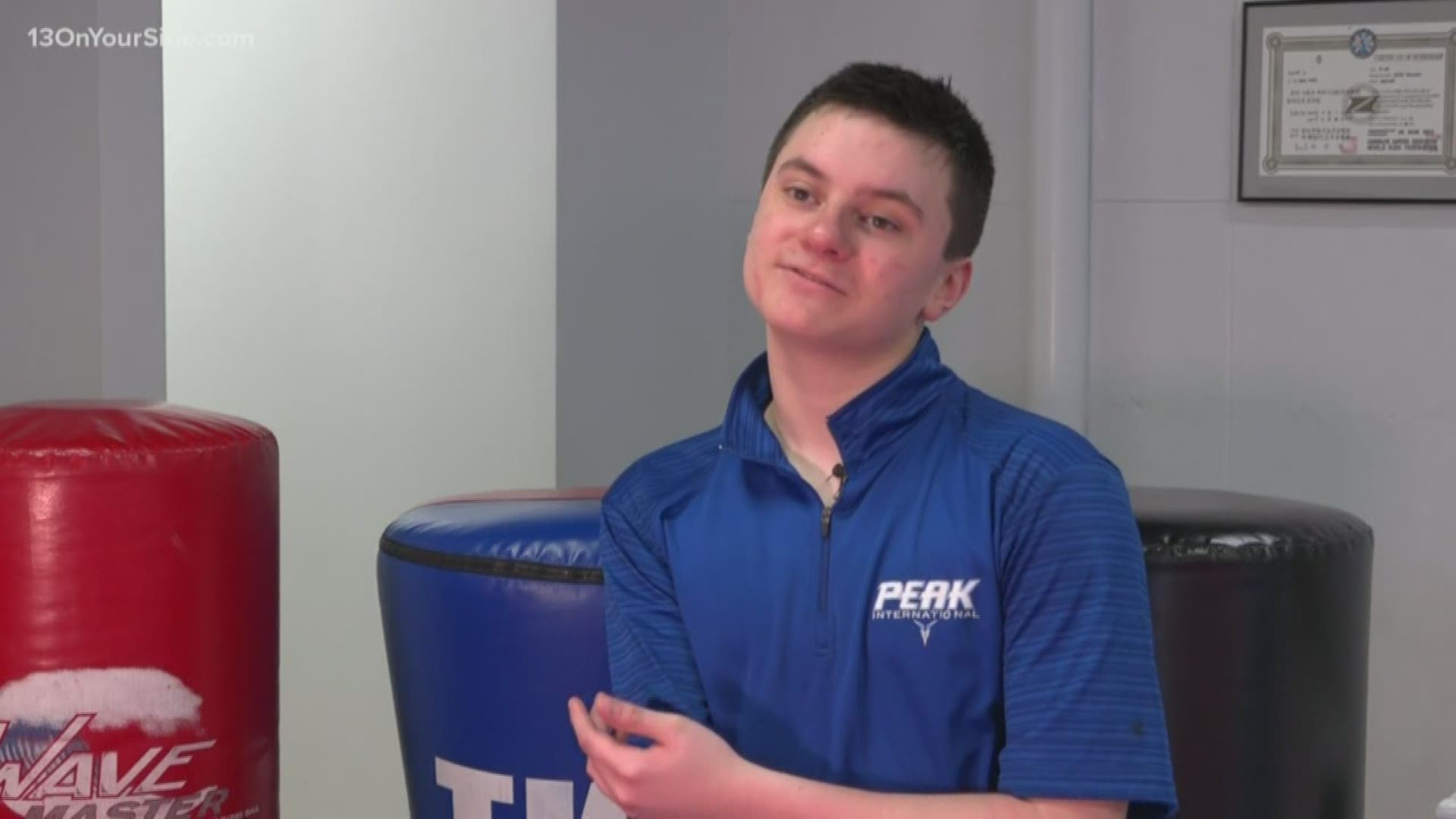 GRAND HAVEN, Mich. — Austin Osner, 14, has dreams of making it big at the 2024 paralympic games. Despite only starting the sport of Taekwondo about four years ago, his coaches at Lakeshore Taekwondo Academy in Grand Haven think he could be the one to bring home the gold.

However, Osner's journey up the ranks hasn't been easy. He was born without a right hand and forearm after his mother says the amniotic sack ruptured and resealed around it in the womb.

The condition led to physical, social and emotional hardships for Osner growing up.

"He came home close to Christmas in his 5th grade year, and I asked what he wanted for Christmas that year and he said he wanted friends," his mother, Kristin Mcginn, said.

After transferring to Ohio Virtual Academy, an online learning program, he decided to take up a new hobby in martial arts. When Osner met coach Brad Deminck, who specializes in para athletes, he said everything fell into place, and the family made the commute from Ohio to Grand Haven, Michigan for training.

"It was worth it. It was an opportunity, and I wanted to take it." Osner said.

Now four years into training and a black belt, Osner is requesting a waiver to become one of the youngest athletes to participate in a world level for the lightweight K-44 para taekwondo divisions.

In order to qualify for the paralympics, he will have to score well in international competition, against both standard and para athletes.