The concerts are back in Promenade Park after being canceled last year due to the pandemic. 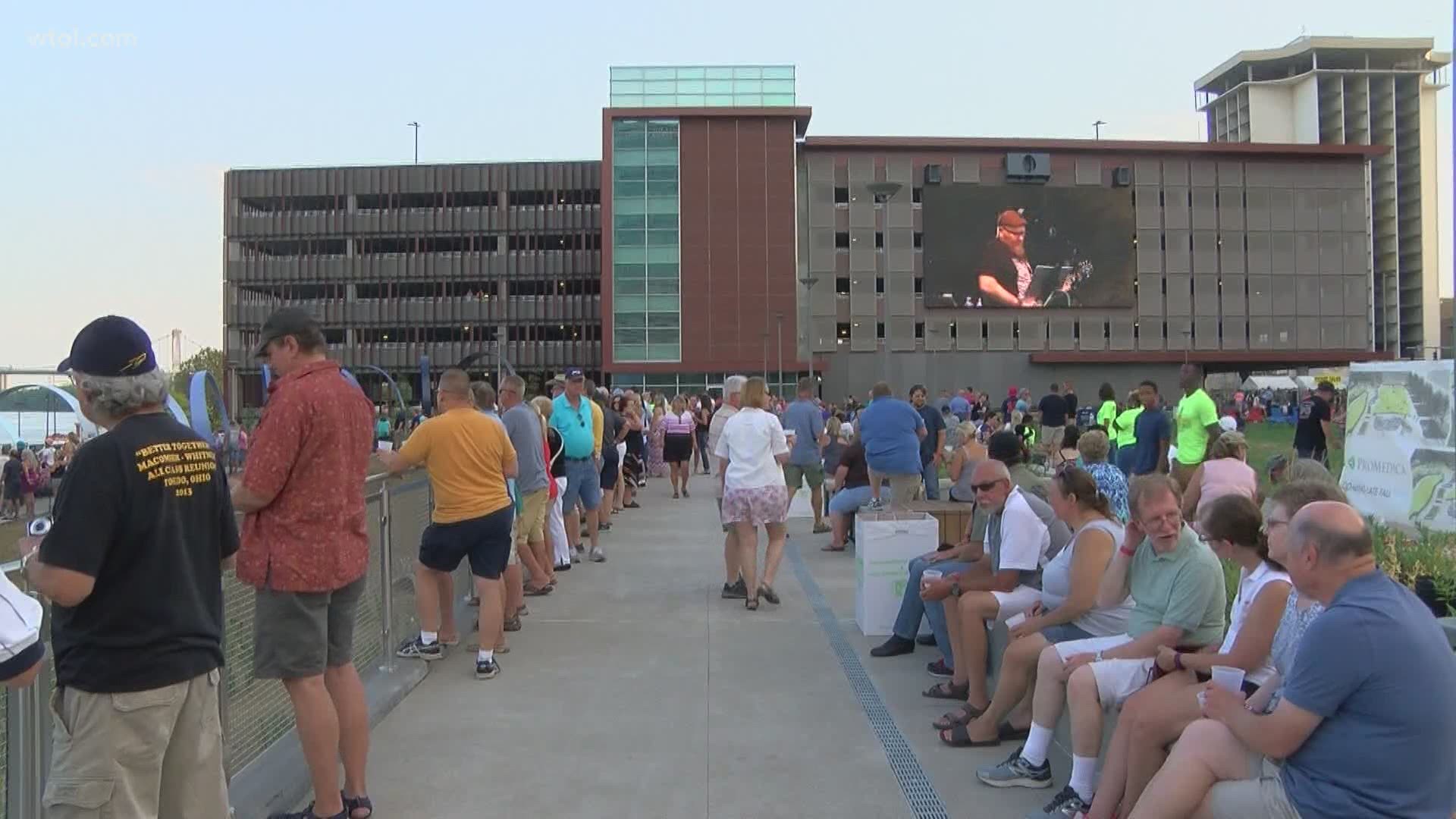 TOLEDO, Ohio — ProMedica announced the return of its Summer Concert Series Monday with a star-studded lineup of concerts the public can enjoy from June to September!

Ticket information can be found here.

"We have been working hard to bring music back to the riverfront," ProMedica vice president of marketing and communications Kathleen Merrill said during the announcement.

2020 was a dark year with so much loss. Now there is a light at the end of the tunnel in Toledo.

"After that mellow year we had last year of no music, no fun, a stay-at-home kind of lifestyle, it's all back and downtown's just going to blossom with people and activities," Lucas County Commissioner Tina Skeldon Wozniak said.

"Both of our trucks were relying on these type of concerts and events last year," said Trevor Deeter, owner of Deet's BBQ. "So to have them back is a huge deal for our sales and for our staff."

The excitement extends beyond Promenade Park. Baseball is back and Fifth Third Field will be at full capacity beginning Tuesday. Restaurants and bars, like Holy Toledo, are opening their doors once again, and major events including the Solheim Cup lay ahead.

"People are so excited to get out again," said Michael Francis, owner of The Loaded Chicken food truck. "I mean, it's time. We're ready."

Don't forget about the intangibles that come with downtown's revitalization. Morale is bound to skyrocket.

"It's going to be just beautiful for everybody to feel that pride of Toledo and Lucas County living," Wozniak said.

The concerts have featured all-star performers in the past, such as Diana Ross and Gladys Knight.