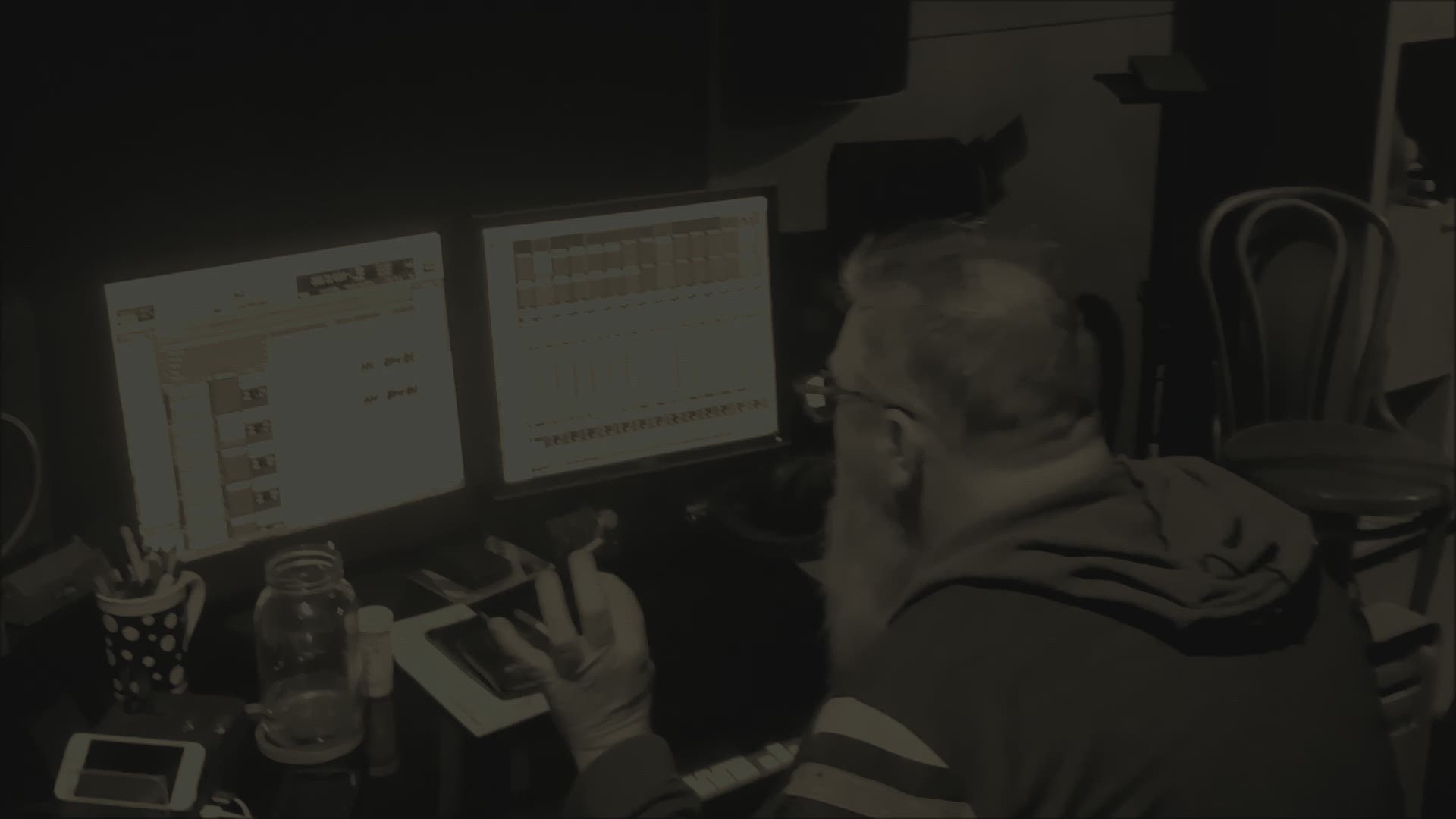 TOLEDO, Ohio — A Toledo musician has joined a familiar father-daughter duo to form a country music trio that breaks all the rules: "The Strong Armed Robbers."

Fish Fisher, born and raised in the Glass City, first started writing with EmiSunshine and her father, Randall Hamilton, about seven years ago when Emi was just 9-year-old. However, the album "Room 18" makes things a bit more official.

At age 16, Emi has paved her own way into a rising country and Americana star, making appearances on "Today,” NBC’s “Little Big Shots,” the Grand Ole Opry and, more recently, “American Idol.”

The group has taken on a bit of an edgier sound, especially from what fans have come to expect from EmiSunshine, showing none are afraid to take creative risks.

“The new band reflects more of our outlaw side,” Fisher said. “Our album is wild with some dark sarcasm and humor."

The song "Room 18" continues a previous track written by both Fisher and Emi several years ago called "Strong Armed Robbery" which is where, unsurprisingly, the trio's name comes from.

Emi described the songs as "murder ballads" as they tell the tale of a woman's life taken too soon.

“Room 18 is the room in the hotel where a murder took place, and where something else happens fifty years later,” Emi said. “Ever since we wrote ‘Strong Armed Robbery,’ I’ve wanted to tell the rest of the story. Now we have.”

But not all of the songs on the album are as dark or serious. “Judgement Day," for example, takes a light-hearted jab at a music industry that the group says often seems to value conformity over creativity. You can listen to “Judgement Day” here.

Rounding out the album are a love song, “I’ll Be Better,” one about guardian angels, “Angels On Overtime,” a song of hope "I Don’t Want To Let You Go,” and “Rapunzel,” a song focusing on personal independence.

Next to Fisher on the album are a number of other key Toledo players, starting with Toledo’s Chuck Mauk as producer. The backing band features over 15 of Northwest Ohio’s best musicians, including Andrew Ellis, Trez Gregory, Frankie May and more. The album was mastered by Toledo native Gregg Leonard. The cover art was designed by Jeff Stewart.

Fish Fisher is an award-winning songwriter and singer. Born in Toledo, Ohio, and now based out of Gatlinburg, he regularly plays his special blend of original Americana and Outlaw-Country music traveling through his “Rust-belt to Coal-belt” triangle-shaped region from the Smokies to Detroit to Nashville and back. He cowrites for and with many notable other artists and enjoys teaching songwriter workshops and hosting songwriting retreats.

Rolling Stone once named EmiSunshine among “10 new country artists you need to know,” but she is more than country. Her music exhibits blues, rock and gospel influences. She has performed nationwide and released six independently produced albums with her band The Rain. “Room 18” is her seventh album, but her first with the new band Strong Armed Robbers.

Randall Hamilton is not just EmiSunshine’s father; he is a recording engineer, musician and technical guru. One of his early musical influences was his grandmother, Wanda Matthews (a.k.a. Wanda White), a professional singer who backed up numerous country stars in the 1940s and 50s and performed on several TV shows. Randall attended Middle Tennessee State University, where he earned a degree in music production and met his wife, Alisha.

Although Emi’s mother rarely appears on stage, she is as much a part of Strong Armed Robbers as Emi, Fish and Randall. A former nurse, Alisha grew up in a musical family, and has always had a talent for songwriting. She taught Emi to write songs at age 5, and the two of them have been collaborating ever since. In recent years, they have been writing songs with some of the top talent in Nashville.

JENSON: On paper, you all seem pretty different, so how did this collaboration really get started?

FISH: Basically, we both were on the Gatlinburg music scene, and kind of met through that and some songwriter events and stuff like that and just became fast friends and co-writing partners.

EMISUNSHINE: Yeah! The first time I wrote with him I was very young. My first thought was, he… he’s OK to write anything. He doesn’t care if the idea is too elaborate or anything. He’ll listen through the crazy stories I come up with and it’s a bond that I don’t think many people have.

And we wrote our first song together when I was 10. It was a murder ballad and it was called “Strong Armed Robbery.”

JENSON: I’m glad you brought that up, because that song was the inspiration for your group’s name and you continued that story in the song "Room 18," why was this story so important for you to continue?

JENSON: Another song that stuck out to me was Judgement Day, where you obviously poke a little bit of fun at the music industry as a whole, what is it specifically you all were trying to say with the song?

EMISUNSHINE: Kind of getting my anger out at the music industry in itself. Something that they all tell me is that they don’t know what to do with me. I guess it’s just kind of my way of saying, “You know what, I’m just going to be myself and do whatever I want to do and we’ll see what happens from there because, you know, I don’t need a bunch of people telling me how I should be.

FISH: It’s kind of a timeless subject, you know, to kind of address that and it’s fun to be grouchy together sometimes about it. And then at the end we also get to recognize just how much the people that support you mean to you so it’s a little bit of sugar and spice in there.

JENSON: Fish, you got your start here in Toledo but you obviously travel a lot and have a good understanding of a lot of different music scenes, so how would you describe the scene here? What makes it different from others?

FISH: Toledo, we’re just galvanized differently. We collaborate together, without the big planning of it. We support each other and there’s sort of an organic earthiness to it. We kind of have that blue-collar thing going on where we’d rather work for something than get it and I think that comes through in the music. And it was pretty exciting we got my and our teams on this album and actually have a lot of Toledo players on it.