AList Selfie Experience gives you a chance to snap some selfies in style during the Solheim Cup. 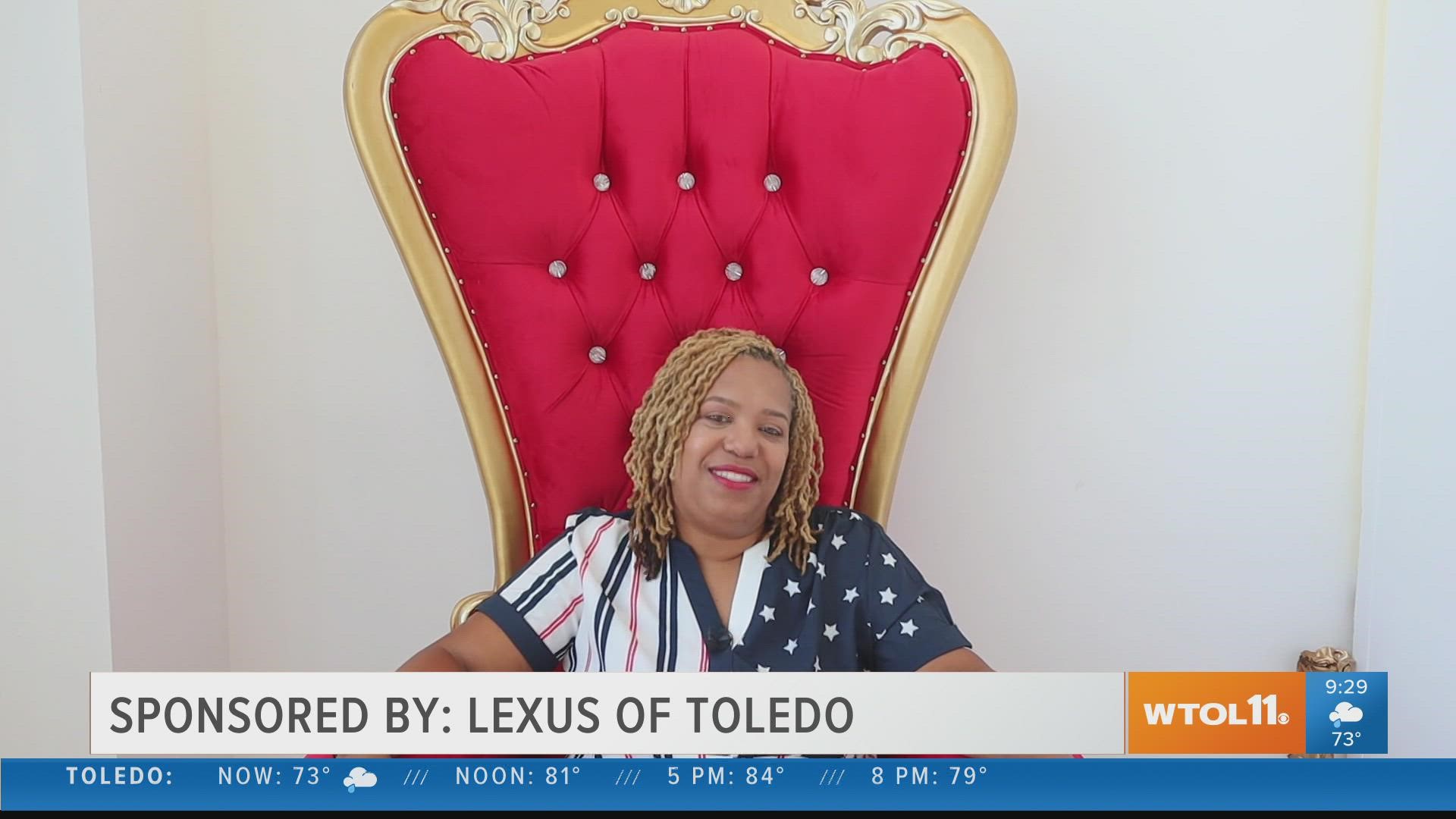 TOLEDO, Ohio — During the Solheim Cup, golfers will be the center of attention at Inverness Club.

But on Summit Street, there's a venue that puts you in the spotlight.

The space has sat vacant for years and was once home to Bartz Viviano. A work of love - and art - has blossomed in its place.

Inspired by similar installations across the United States, AList Selfie Experience offers exactly what it says on the tin. It's a variety of picturesque backdrops for your own personal photoshoots.

"I went to a selfie museum in Atlanta in January and I had a great time with my adult daughter. I thought it was a great idea to bring this to Toledo," said owner Ambershaun Byrd.

Credit: Diane Woodring/WTOL 11
Ambershaun Byrd, the owner of AList Selfie Experience, was inspired by a selfie museum she visited with her daughter in Atlanta.

It takes only a few steps to go from a bike ride on the beach to tee time on the Solheim Cup green. You can make a stop at a concert venue along the way or take the scenic route to a tropical paradise.

Some themed sets are perfect for solo shots while others encourage sharing a scene with friends. Ring lights with cellphone holders are available for use and cameras are also welcome.

"Be prepared to have fun, more fun than you think you’re going to have," Byrd said. "We have a tub that people can get in, we have a swing that people love to swing on. And so, just really want to make sure that people have fun."

There's love in every backdrop. Byrd collaborated with local artists to make the magic happen.

A mural above a cozy couch welcomes you into the AList Selfie Experience. Byrd's own photography is incorporated into the installation in a creative way.

Artist Darius Simpson created the mural by projecting a photo Byrd had taken of the Glass City's iconic skyline onto the wall and using it as a guide for the work.

When asked which is her favorite scene, the answer belongs to another collaborative effort.

"The 'Prince Room' is my favorite because it’s all purple and we keep adding more Prince things to it," Byrd said. "We had a local artist that did some calligraphy on the walls and it just pays a great tribute, to me, to Prince."

Byrd's already had a few famous faces stop by. Zia Cooke, a basketball star and Rogers graduate who now plays for the South Carolina Gamecocks, posed for some photos.

Mayor Wade Kapszukiewicz paid a visit, too, for a sneak peek. He awarded Byrd with a proclamation in honor of the artistic endeavor and took a spin in the 360 selfie booth.

According to Byrd, Kapszukiewicz referred to the experience as the most fun he'd had since he "became a meme on a scooter."

The experience opened ahead of the Solheim Cup and will operate through at least the end of September.

Tickets are available for $25 online or by visiting AList Selfie Experience in person.

Enter through the front doors at 333 North Summit St., head to your right and get ready to strike a pose.

Thanks to Amber Miller Byrd and her whole team for the wonderful AList Selfie Experience Museum! I was able to get a... 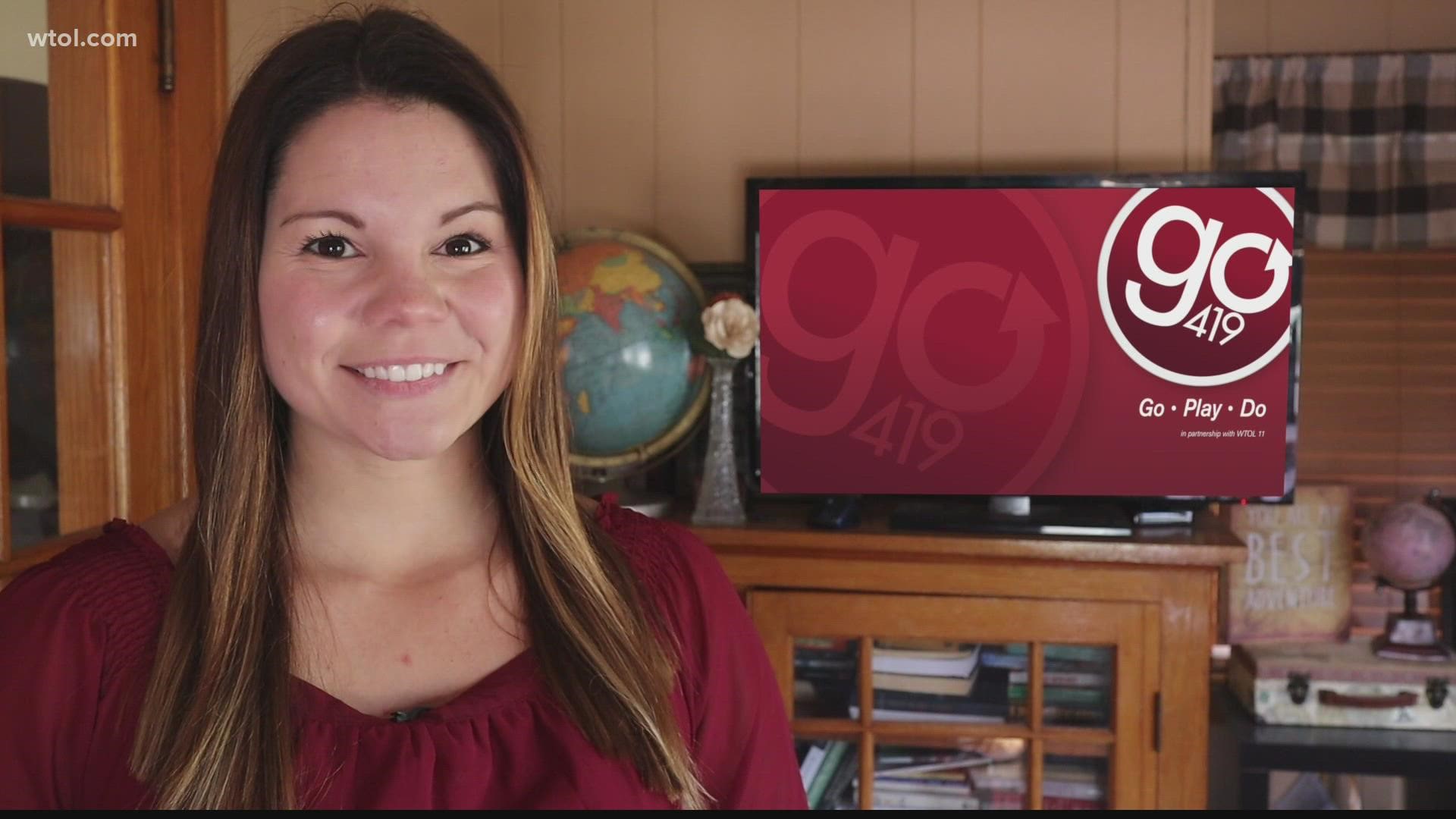