'A Magical Cirque Christmas' adds awe to your holidays

The show takes over the Stranahan stage on Thursday, Nov. 21. 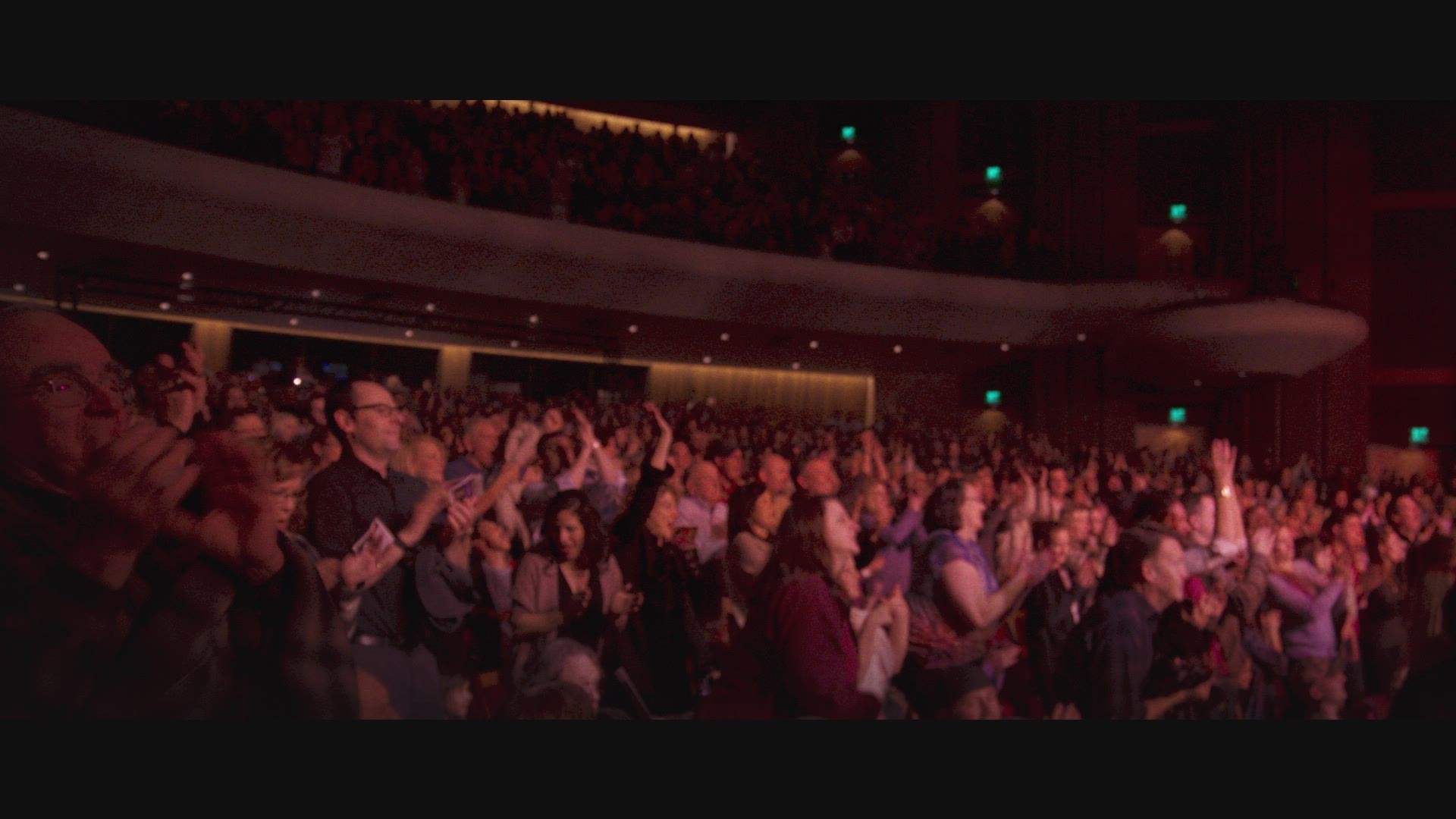 TOLEDO, Ohio — Celebrate the holiday season a bit early this year with a one-of-a-kind show at the Stranahan Theater.

On Thursday, "A Magical Cirque Christmas" comes to town, bringing with it the world's top performers of the circus variety.

“We are thrilled to be bringing 'A Magical Cirque Christmas' back to audiences around the country,” producer Lee Marshall said. “Our amazingly talented cast has been assembled from all over the world and is looking forward to delighting audiences and spreading holiday magic."

The show is fun for all ages, but isn't your typical family outing. From the dry, sarcastic humor of the show's host magician, John Archer, to the jaw-dropping acrobatics, there is something for even the biggest Scrooge to enjoy. To add an extra bit of holiday flair, performers are accompanied by everyone's favorite tunes of the season, all sung by the brilliant Therese Curotolo.

Performer Rachel Salzman brings her elegance and acrobatic excellence to the Cyr Wheel. She said the spectacle keeps audiences on the edge of their seats.

"It's really like a variety show. So you have one after another, act after act; you never really know what's coming," she said.

A show like this, with so many working parts, is put together separately. Salzman said the performers are sent the music ahead of time and each act works alone to dream up their piece of the puzzle.

"We had a couple days to put it all together when we were in Reading, Pennsylvania and now its on the road for about six to seven weeks, traveling from east coast to west coast, changing cities every night basically," she said.

After Toledo, the show will be making a long trek to Washington, D.C.

You can order tickets to the holiday spectacular online, or by calling the Stranahan box office at 419-381-8851.

John reached the semi-finals of “Britain’s Got Talent” on ITV in 2019 and has spent the last 17 years entertaining audiences all over the world with regular tours to entertain British troops serving overseas. John won the “Magic Circle Stage Magician of the Year” in 2008 and he is thought by many to be the best Comedy Magician in the UK today.

What does the Host Magician Do?

John Archer will leave you in hysterics as he weaves and guides you through the unimaginable to the unbelievable. While introducing each act with spellbinding, magical flair, our host and comic serves as the “voice” of 'A Magical Cirque Chirstmas.'

Reigning from "The Biggest Little City in the World," Therese Curatolo has made her way from the operatic stage to radio stations nationwide.

Singing alongside soul legends Stevie Wonder BS Martha Reeves, Therese’s versatile vocal power has taken her from the Metropolitan Opera to the big screen. Therese opened 2019 with an epic performance at Los Angeles' “Troubadour” and made her debut with Scott Bradlee’s “PostModern Jukebox.”

World Champion performer and “America's Got Talent” contestant Yusaku Mochizuki started juggling in his hometown of Shizuoka, Japan in 2001 when he was 13 years old, and now he works actively presenting his creative work as an artist all over the world on TV and at festivals, theaters, corporate functions, and events worldwide. For him, juggling is an essential base to express himself that merges art, sports, and performing arts.

Within the world of juggling, Yusaku Mochizuki specializes in the Diabolo, noted for his characteristically precise control and sense of extreme speed in his performances.  Diabolo is derived from the Chinese yo-yo.

Born in France, at a young age, Virginie enrolled in judo lessons where she was taught the art of falling. At 14 years old, Virginie left home to join the National Circus School of Châtellerault, France to receive superior training as a circus artist. To further her training as a professional circus artist, in 2012 she crossed the ocean to train at the prestigious National Circus School of Montreal, Canada where she found her duo trapeze flyer Zoé Sanscartier, and also developed her acrobatic potential through Chinese pole, floor acrobatics, as well as a banquine flyer.

Born in Montreal, Zoé was quickly inspired by her artistic surroundings that her city offered. She fell in love with this form of art and it became her dream to be part of the circus. At 11 years old, Zoé joined The National Circus School of Montreal. Combining all of her artistic knowledge from her past experiences into the present, Zoé decided to be a flyer and specializes in duo trapeze with her base, Virginie Gerbeau.

Born in Lviv, Ukraine, the multi-award-winning Oleksiy “Alex” Mruz graduated from Kiev State College Circus and Variety Arts in 2004. Alex is returning from the 2018 tour of "A Magical Cirque Christmas" where he had audiences on the edge of their seats with his daring feats.

What is Rola Bola?

As a master of balance and precision, Alex will amaze and astound audiences of all ages as he bends beyond the nature of gravity and human potential, climbing higher and higher while balancing on an always-moving surface.

Sergei and Anastasiia have been in the circus world for many years, first working as soloists and now creating breathtaking acts together. Sergei started out later in life and became a solo artist training in Aerial Gymnastics and Acrobatics.

What is Duo Straps?

Duo X Lines will showcase their chemistry on the Aerial Straps with a performance full of feats of strength, grace, acrobatics and flexibility, all while suspended in mid-air.

What is Duo Adagio?

A passionate dance that combines acrobatics with extreme strength and balance.

Born in La Habana, Cuba, Ray Rodrigues and Henry Green studied and perfected their flawless foot juggling at one of the most prestigious circus schools in Latino America called “Escuela National de Circo Cubana” where they dedicated their lives and futures to their acrobatic art.

What is Icarian Games / Foot Juggling?
Foot juggling is one of the oldest disciplines in circus arts. The porter juggles the flyer with his feet while the flyer performs dizzying spins and flip after flip that will send the audience into a frenzy.

Born and raised in New York City, Rachel grew up in dance, but always dreamed of circus. For four years she worked for contemporary and modern dance companies in NYC, and, in 2012, she moved to Montreal where she discovered Cyr Wheel – the perfect melding of dance and acrobatics - at the National Circus School of Montreal. Upon graduation in 2015, she participated in the creation of Luzia with Cirque du Soleil and toured the show for two years performing cyr wheel and pole dance. She is currently working on a collaboration with musician Der Mahler called Mississippi to premiere in February 2020 in France.

What is Cyr Wheel?

The Cyr Wheel combines grace, elegance, and acrobatic skills. The hypnotizing wheel rotation will amaze and transport you into a poetic world.

Having been born into a family of performance artists that span multiple generations in Monterrey, Mexico, Eduardo Garza defies the notion that "the hand is quicker than the eye.” Eduardo’s delightful demonstration of juggling demands both physical and mental discipline and agility.

Multi-award decorated Anastasiia Mazur has travelled the globe with her unique hand balance act that combines her jaw-dropping flexibility with her inhuman strength. Born in the Ukraine, Anastasiia is taking America by storm, one finger at a time.

What is Hand Balance?

Gymnastics performance which showcases skills of extreme, inhuman, physical flexibility and strength, all while balancing on two thin canes.

RELATED: Disney's 'The Lion King' leaps back to the Stranahan stage