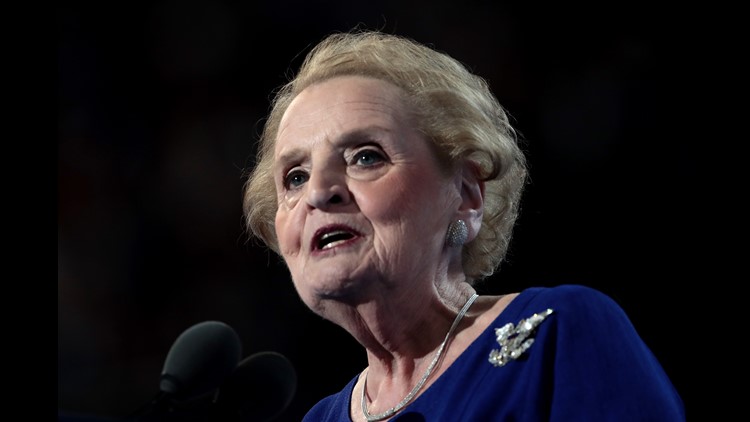 Former secretary of state Madeleine Albright delivers remarks on the second day of the Democratic National Convention at the Wells Fargo Center, July 26, 2016 in Philadelphia, Pennsylvania.

Albright will be reading an excerpt from her book "Hell and Other Destinations" at Bowsher High School as part of the Lucas County Public Library's "Authors!" series.

In the memoir, Albright reflects on the nature of being in the final chapter of one's career and the notion of continuing productivity into your later years.

As she was leaving her role as the first female secretary of state back in 2001, Albright told the press, "I am still here and have much more I intend to do. As difficult as it might seem, I want every stage of my life to be more exciting than the last."

In the nearly 20 years following, Albright took off exploring her many interests, including writing, traveling and activism.

"Hell and Other Destinations" has been described as blunt, funny and vulnerable, highlighting the former public servant's vivacious nature. It's official release date is set for April 14.

Albright's appearance will be on April 28 at 7 p.m. Tickets cost $25 and includes a copy of the book.

RELATED: Poll: People now more likely to head to the library than go out to the movies