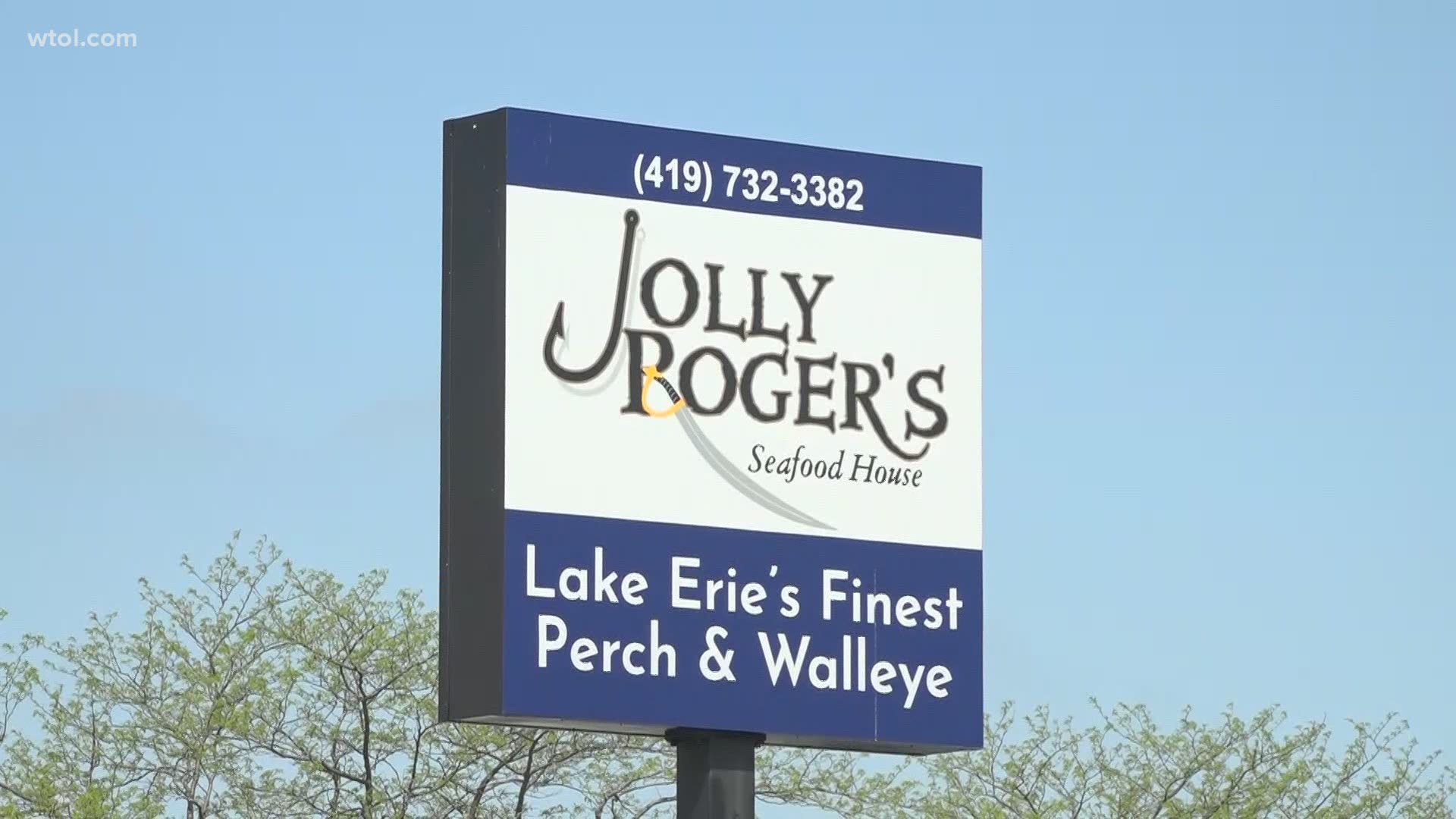 PORT CLINTON, Ohio — If you're heading to Lake Erie and are in the mood for a fresh Perch sandwich or a Walleye filet, you know where to go, Jolly Rogers.

But this year you'll have to go to a different location.

Don't worry, it's just down the street.

Jolly Rogers Seafood House has been a Port Clinton staple since 1980.

Current owner Edmond Hoty said working through the pandemic was the last straw in deciding to move locations.

So, a few weeks ago Jolly Rogers officially opened their new restaurant down Perry Street into the former Burger King location.

And if you're a long-time fan of Jolly Rogers and loved the atmosphere of the old place, one of the new dining room areas in the new location is fitted with all of the old decorations.

And the Jolly Rogers faithful haven't missed a beat, as they can now enjoy their favorite fresh seafood meals in a larger seating area with an even better view of the lake than before.

Like John and Ruth Eschedor, who travel to Port Clinton a few times a year, mostly for a meal at Jolly Rogers

"Nice, nice! I like the open doors that you can open up and let the air through, that's really great," John said.

"I think it's just the food and the atmosphere, and it's just good food," Ruth said.

And Ed says they have added a few new items to their menu.

But the classic Lake Erie Perch and Walleye are still the most popular items.

"But we do the same exact menu, we still have the breading pit so you can watch us bread your food before we cook it. Everything about the food is the exact same, it's just the atmosphere has changed,"  Ed said.

Credit: Jon Monk
Though the location is new, the menu is the same, with a few new additions

They also offer a drive-thru pickup window for pre-orders.