Grand Rapids shops offer plenty of variety for everyone

With this years Applebutter Festival canceled, Grand Rapids businesses are hopeful for a local boon during the holiday shopping season. 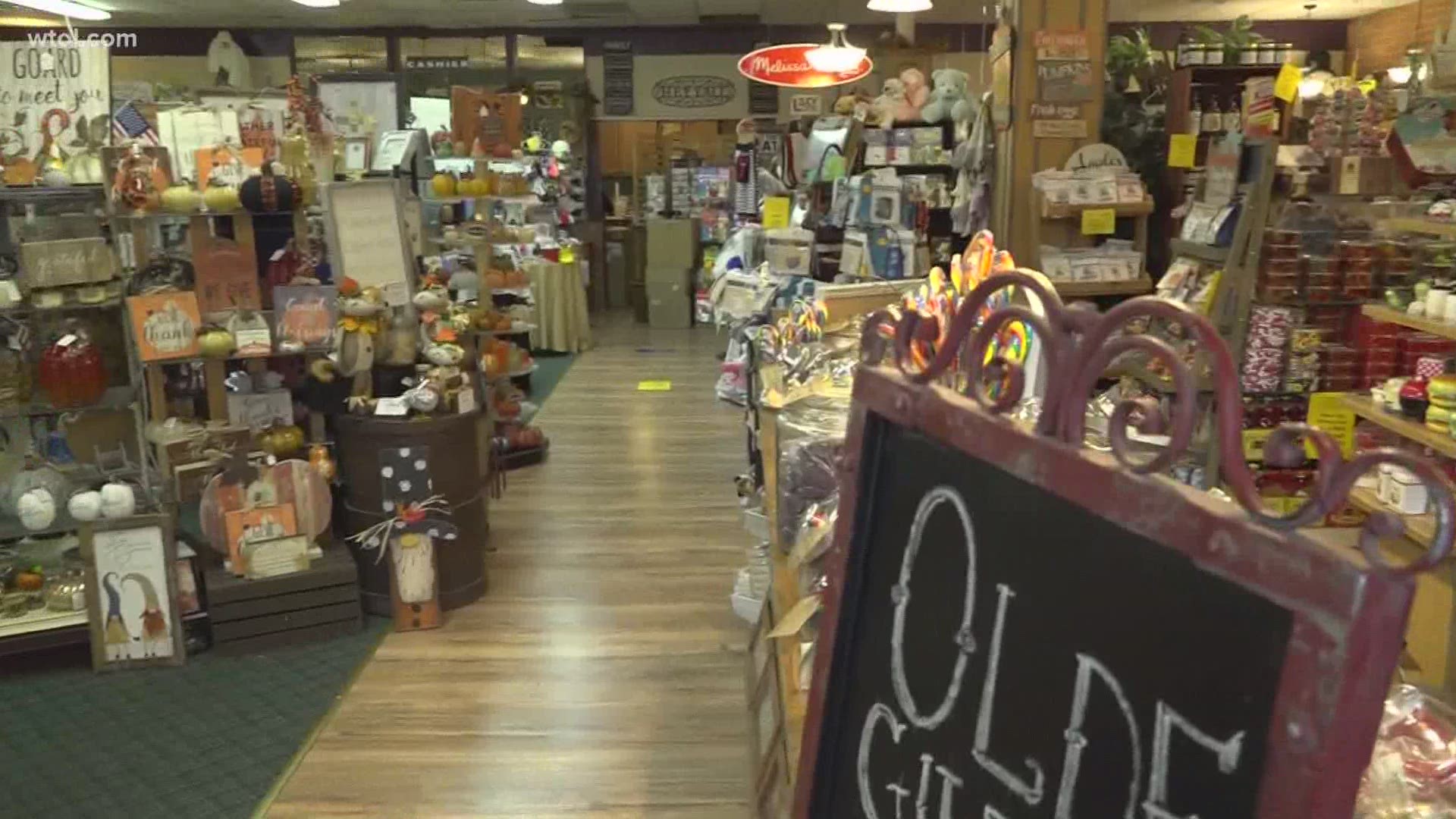 GRAND RAPIDS, Ohio — A northwest Ohio staple, the Applebutter Festival, was supposed to be last weekend, but was cancelled due to COVID-19.

However there is still plenty to do and see in the small Wood County Village of Grand Rapids.

Locally owned businesses say they could really use some local support.

For 13 years, the Village Orchard, formerly Mary's Apple Orchard, has been a one-stop shop for all things seasonal on Main Street in Grand Rapids.

The business joined up with neighboring Just For You Shoppe two years ago to create The Shoppes at Carson Block; totaling four stores in two buildings.

They even opened up a wall for easy access.

Part owner Stephanie Ringler says the usual 60,000 visitors to Grand Rapids for the Applebutter Festival is usually enough bump to get them through the slower months from January to March.

Now without that income they are finding ways to push past this latest hurdle of the global pandemic.

"I think we'll be able to soldier through this. It has given us a lot of creative ways to come up with getting people out here. We've had to really think outside of the box as far as sales and events to do," said Ringler.

The Shoppes at Carson Block offers almost anything you could ask for from a local boutique.

Credit: Jon Monk
The Shoppes at Carson Block offers everything you'd want from a local boutique

They even have plenty of Christmas items already out for sale.

Stephanie said they are hopeful the holiday season acts a boon for their business, as not only their operations are on the line, but the entire village of Grand Rapids as well.

"As a small business in a small town, it will die because we do depend on the people. And we have had huge support of the community and the people from out of town coming here to get their gifts instead of the big box stores," said Ringler.

To kick off the 2020 holiday shopping season, the Shoppes on Carson Block in Grand Rapids are hosting a Christmas open house the first weekend of November.

A Christmas shopping extravaganza will be on Nov. 21 and 22.