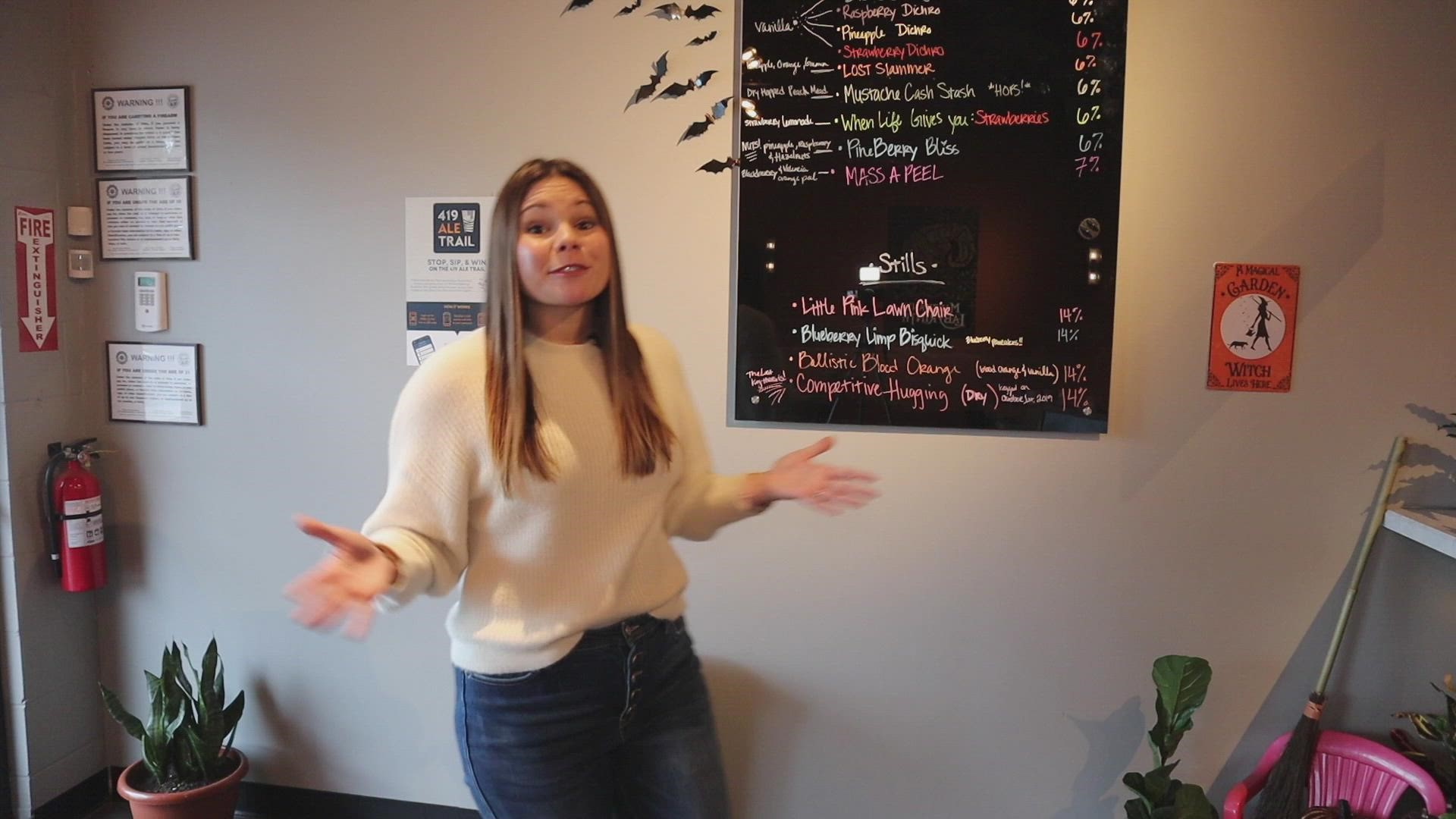 MAUMEE, Ohio — Most adult beverages start with fermentation and after the addition of ingredients and a specific process, the outcome can be beer, liquor, wine or mead. Mead is gaining popularity in the craft beer community and Four Fires Meadery is a great place to learn more about this honey-based spirit.

Four Fires Meadery is located in Maumee. In addition to producing the product the building also houses a tasting room. Co-owners Andrew and Chris say the establishment is more than just a place to try their drinks; it's also an educational experience about meads. When asked what is in mead, Chris explained “by definition, it just has to be 51% fermented from honey. It gets pretty extrapolative after that point.”

“Slappin’ the Basil” is a blueberry basil mead that is both sweet and refreshing. “The original inspiration was from a Moscow mule that was like a blueberry basil Moscow mule. We took those flavors and made a carbonated mead out of it,” said Andrew. Though this mead has been with the meadery for some time it has become the first mass release for a Four Fires Meadery bottled carbonated drink.

Though the mead is delicious, it was even more delightful learning that some of the ingredients come from other local businesses. “So we get all our basil locally here in town. We’ll either use herbs from Bitter Sweet Farms or, in the winter especially, we’ll have the hydroponic plants from Balance Farms,” said Andrew. Chris added, “everything we’ve seen from these local farmers are well above par.”

Mead is an interesting drink in that it tastes like wine but is often found on the beer list. Andrew and Chris clarified that legally they are a wine but because of the experimental nature of meads, it is more “akin” to the craft beer scene.

Although meads do not use grains for their product there is one specific kind of mead that is permitted to use grain under certain stipulations. Braggot mead can be produced in collaboration with a brewery. Andrew and Chris say this is a product of interest they hope to make with a local brewery in the future.

“Our motto is 'creation through collaboration' so we do try to focus on a lot of collaboration with either different businesses like Bitter Sweet Farms and Balance or actual breweries and meaderies around the country,” said Andrew.

Four Fires Meadery has been producing meads since early 2018. Starting off as homebrewers, Andrew and Chris decided to pursue meadery production full time. The company was started by four individuals, all from very different backgrounds, and became part of the inspiration for the name.

Andrew and Chris explained that the history behind the land also played a part in naming the business. They shared some history of the land consisting of tribes who came together to create a forum titled the Three Fires Council. Inspired by the history and the four owners who came together to create the business Four Fires Meadery became the name we now know.

Infusing the products with local harvest and creating each flavor with passion is what makes mead unique. Four Fires Meadery is packed with a variety of flavors, history and good spirits. 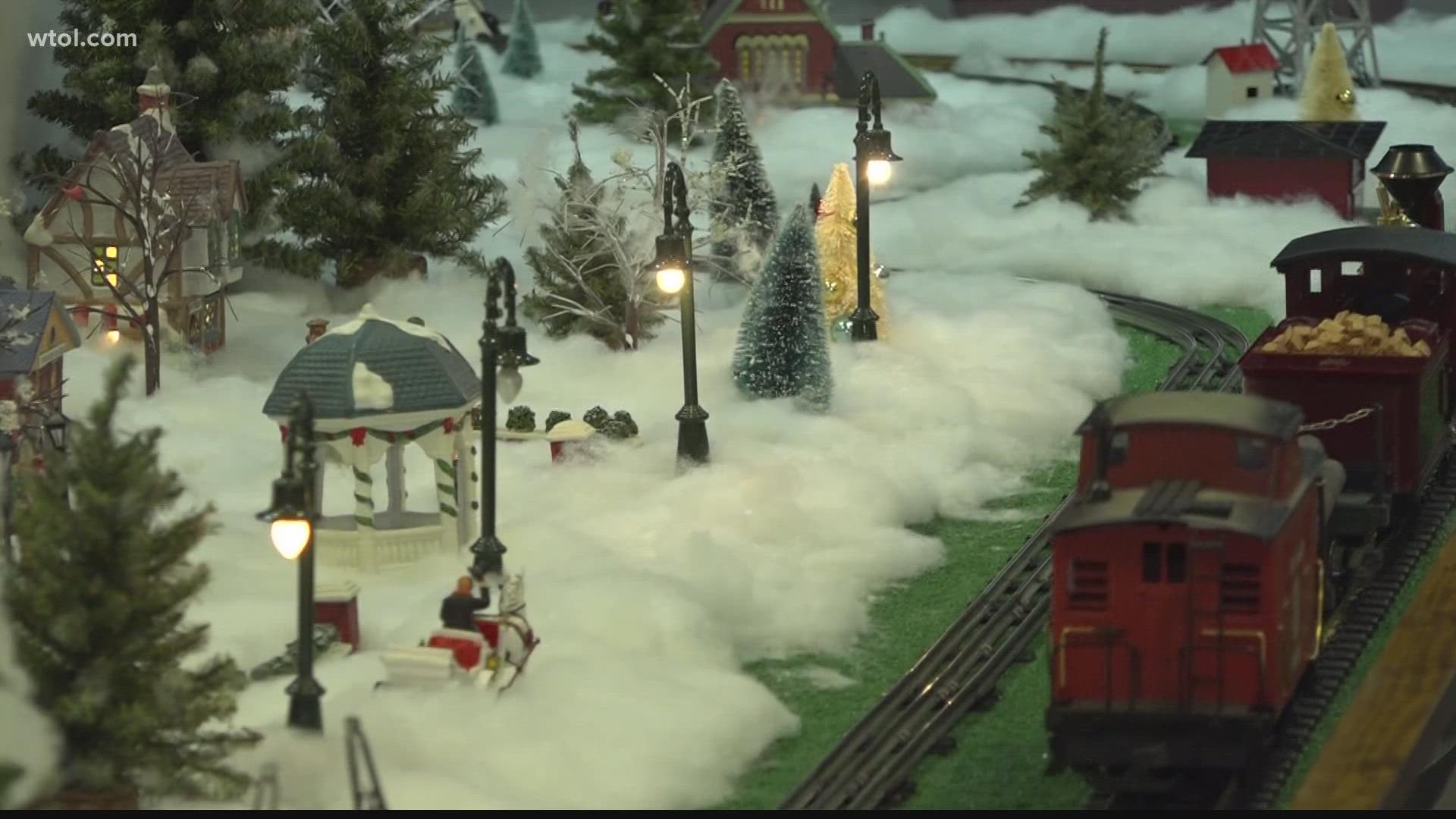 Hayes Presidential Library and Museum ready for the holidays