'The Earth Crack' is celebrating its 88th season as a northwest Ohio tourist attraction. 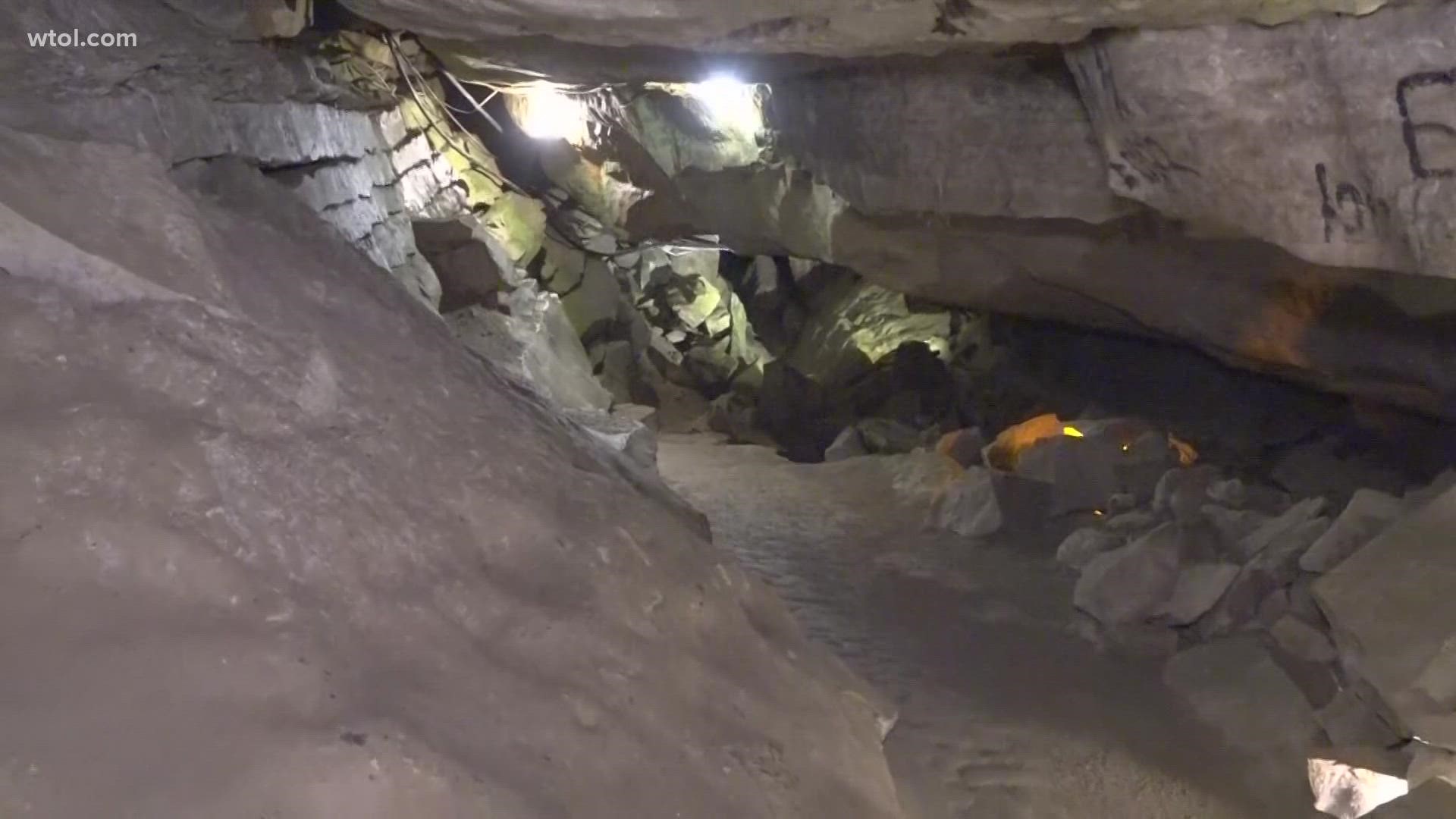 BELLEVUE, Ohio — You may not know it, but there is a unique cave system right here in northwest Ohio.

And it's one of the only caves of its kind open to the public. Discovered in 1872, the Seneca Caverns have been open as a tourist attraction just south of Bellevue since 1933.

The caverns, referred to as "The Earth Crack," were not carved out by flowing water over centuries, but instead were formed when ancient sediment was dissolved enough for the rock above to fall 7-12 feet, creating multiple levels of cavern openings.

"The biggest room is the fourth level, that's 65 feet below the surface, and that's 250 from one end to the other," said owner Denise Bell.

Now operating its 88th season, the caverns have been mostly preserved in their original state.

Credit: Jon Monk
'The Earth Crack' presumably formed when sediment eroded enough for the rock above to drop 7 - 12 feet

Getting around the one-hour guided tour means a little ducking, stepping, and hiking up and down natural stone steps.

"I think it's the adventure, the mystery of them all, and what is it they're going to find when they go down under the ground, literally under your feet," Bell said.

And once you're done inside with the cave tour, there's another activity you can do outdoors with the kids. You can use a sluice to pan for your own gemstones.

"Our daughter is really into rocks and stuff like that," said Patrick Crumley, who visited with his children. "So we thought it'd be a real fun trip to do with them to come down here and do this."

Credit: Jon Monk
And kids can pan for their own gemstones at an authentic sluice

And there's more to see than just rocks.

Visitors can view fossils, an underground river and inscriptions from past visitors from more than a century ago.

"I've heard them use the words 'authentic experience,' and I think that that's what people enjoy when they come here," Bell said.