Since June, the new confectionary shop offers both new candies and nostalgic classics. 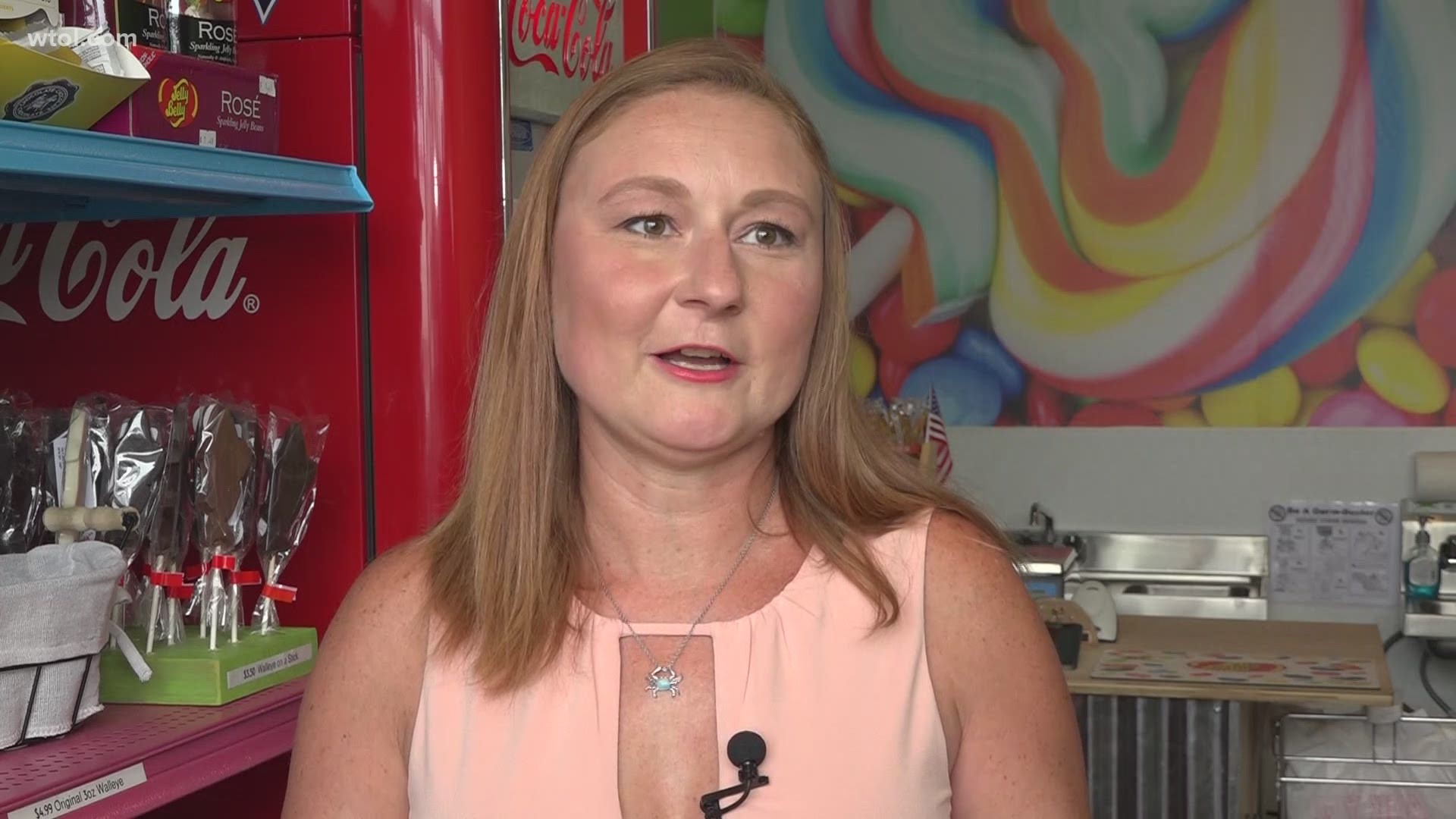 PORT CLINTON, Ohio — If you're heading to Port Clinton this summer, and you or someone you know has a bit of a sweet tooth, there's a new business just for you.

The Port Clinton Candy Company opened last month and offers a wide assortment of sweet treats in their downtown location. Owners Lisa and Joseph Kuzma wanted to fill a confectionary vacancy in the community, and have worked for two years to get the new shop off the ground.

RELATED: The Liberty Aviation Museum in Port Clinton celebrates our region's aviation history, and much more

And Joseph says he loves seeing the giddy excitement of visitors when they walk through the door.

"Especially from grown adults," he said. "I don't see as much excitement from small kids, it's from the adults. We bring all of the candy from our childhoods. And that's what we concentrated on, 50s on up, old school versus the new school candies."

Featuring bulk, throwback, and even some political satire items, the small shop is brimming. And one of the top sellers is their assortment of novelty pops from across the state and country.

RELATED: Go 419: Festivals in northwest Ohio from July through October

And with their store opening, they wanted to make sure they had at least one specially made candy to offer at first. And since we're here in the walleye capital of the world, what better item to offer than a chocolate walleye?

"We wanted to create something that made us stand out, that was something no one else had, and also that would reflect on what makes Port Clinton Port Clinton," Lisa said.

The Kuzmas knew now was the time to get their shop off the ground, as downtown Port Clinton continues to see a surge in economic development and activity.

"It's definitely obvious that it's starting to happen, which is a great thing," Lisa said. "We've got so many businesses now opening on 2nd Street, which helps us and the town in general. And the Meals on Madison, that definitely has been helpful."

The Port Clinton Candy Company is open 11 a.m. to 7 p.m., Friday through Sunday, with plans to also open on Mondays, Wednesdays and Thursdays soon.