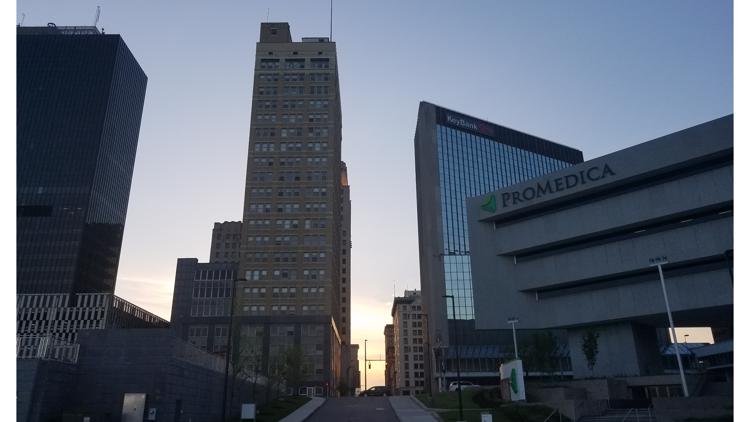 TOLEDO, Ohio — If you are looking for local, live entertainment, lots of food and a cultural experience this weekend, the 419 is the place to be. Movies, festivals, even comedy is on our radar and it should be on yours, too. As always, there are so many things to go, see and do in the Toledo area. But, to make it easy, here are our top picks for the August 22-25 weekend.

All Hensville Park events, including the concert series, are rain or shine. On the rare occasion a concert is canceled, you can exchange your ticket for a future event. However, no refunds will be given just because of inclement weather.

You can buy tickets online here. For more information, check out the event page on Facebook.

Classic cars and classic films go hand in hand. Take a brief step back in time and appreciate both at this week's installment of the Toledo Museum of Art's Road Film Series.

This Thursday, they are screening the hit mystery drama from the early 90s Thelma and Louise (1991, R). Where timid housewife Thelma, played by Geena Davis, joins her friend and headstrong waitress Louise, played by Susan Sarandon on a fishing trip. Their seemingly innocuous weekend turns into a flight from law enforcement after Louise shoots and kills a man who attacks them at a bar. The girls decide to skip town and head to Mexico, but a kindly detective played by Harvey Keitel tries to get the women to turn themselves in before its too late.

This TMA series explores the impact and central role of the car in American culture. Some screenings will be accompanied by short films, previews and even occasional surprises.

After this Thursday, there are only two more installments in the series, on August 31 and September 7.

Experience the magic of live comedy with performers at all stages in their career. Is a performer not your cup of tea? Just wait five minutes and someone new will taking the stage!

Home Slice Comedy Night features nationally touring comedians alongside performers who may be up there for their first time. See comics new and experienced, local and beyond.

This week, Dan Alten is headlining the show. While he's based out of Louisville, he mostly lives on the road, endlessly touring the country. His style is eccentric and bizarre, giving us all a glimpse into his skewed perspective on the world.

To stay up-to-date with the weekly show or even sign up for a spot, check out the Home Slice Comedy Night Facebook page.

Jam out to some reggae Thursday night at Bronze Boar!

FROGtown GlassROOT’s Volume 6 of Thursday Night Throwdown features a reggae party and everyone's invited. Live Roots, the premiere reggae band of the 419 will be throwing it down from 9 p.m. all the way until the wee hours of the morning. The best part is, this party is free!

For more information, check out the event page on Facebook.

🎶 This one's for the girls! 🎶 Or anyone who happens to be a fan of country music!

Martina McBride is making her mark on the ProMedica Concert Series this Friday and the weather is shaping up to be PERFECT for the outdoor event.

Tickets are on sale NOW at Ticketmaster.com, The Huntington Center box office or the night of show at the gate if still available.

No outside food and beverage or coolers allowed. Beer, wine, water, pop and food will be available for purchase.

This event is open to music-lovers of all ages event. Tickets must be purchased children over 2 years old.

Check out the event here!

Grab your lederhosen! The German-American fest kicks off this weekend. We hope you go hungry, because the authentic, homemade German cuisine is perfect paired with a boot full of beer. Check out a sneak peek as volunteers prepare their famous German potato salad for the weekend:

In addition to beer, food and live entertainment, the following activities are scheduled:

Eight dollar GAF shuttle ticket purchase, as well as free parking and shuttle pick-up and drop-off locations are available at these Toledo-area locations:

Ticket prices start at $8 for a day pass, but weekend passes and VIP tickets are also available. For a full list of prices, click here.

To learn more about the 2019 German-American Festival, check out their website.

Catch a drive-in style screening at the Toledo Museum of Art in parking lot 3.

The movie starts at 9:15 p.m., but guests are encouraged to walk or ride to the film early to enjoy the "It’s Friday!" concert that begins at 6:30 p.m.

Check out the event on Facebook for more details.

Ride your bike in style Saturday night all while raising money for the Ovarian Cancer Connection of Toledo. Take part in the slow glow roll that starts at Westgate Shopping Center. Riders are encouraged to decorate their bikes and helmets — which are required — with lights and glowing materials. Awards will be given for the best helmet, best bike and best team theme for children and adults.

The enjoyable, 10-mile slow bike ride winds through Ottawa Hills, Hasty Hills and the Westgate area, while bringing awareness to the community about all gynecological cancers.

BRING BACK THE '90s PARK JAM

If you love the '90s so much then why don't you marry it? Or, maybe just head out to Madison Avenue.

Saturday night, Lyte N Rod will be bringing out the big screens and will be rocking to '90s music all night long. Bring your A-game, Premiere Screenings LLC is packing a 22-ft. inflatable screen so you can show off your Super Nintendo skills.

There will be food trucks, live music and everything '90s. Miss out on this event? As if!

Talk about girl power! The Accidentals are a female-fronted, multi-instrumentalist power trio and they will be playing a rooftop show at downtown Toledo's Holy Toledo Tavern this Saturday!

The trio kicked off a busy 2018 with the release of their debut album, Odyssey. They followed the album release with 200 days of touring nationally, 17 festivals, sync placement with Turner Classic Movies, FOX sports and a RAM Trucks BANDvan #tourtough commercial. So yeah, they're the real deal.

They released their latest single, "Heavy Flag," in October 2018 and are currently scoring an indie film, touring, teaching workshops across the country, and releasing new music.

For more on the show, check out the event page on Facebook.

MUSIC IN THE PARK AT AGNES REYNOLDS JACKSON ARBORETUM

Catch some rays and listen to some sweet tunes in the Old West End this Sunday!

The Amelia Airharts take the stage from 6 - 8:30 p.m.  Make sure to pack a blanket or a chair so you can get extra comfortable! Go the extra mile and pack your favorite snacks for an enjoyable Sunday afternoon out in the great outdoors.

The Amelia Airharts are a local favorite so get out and give them a listen if you haven't already. Check out their Facebook page for more information.

RELATED: GAF gets its very own beer!