Extinguish your thirst with Ladder 419 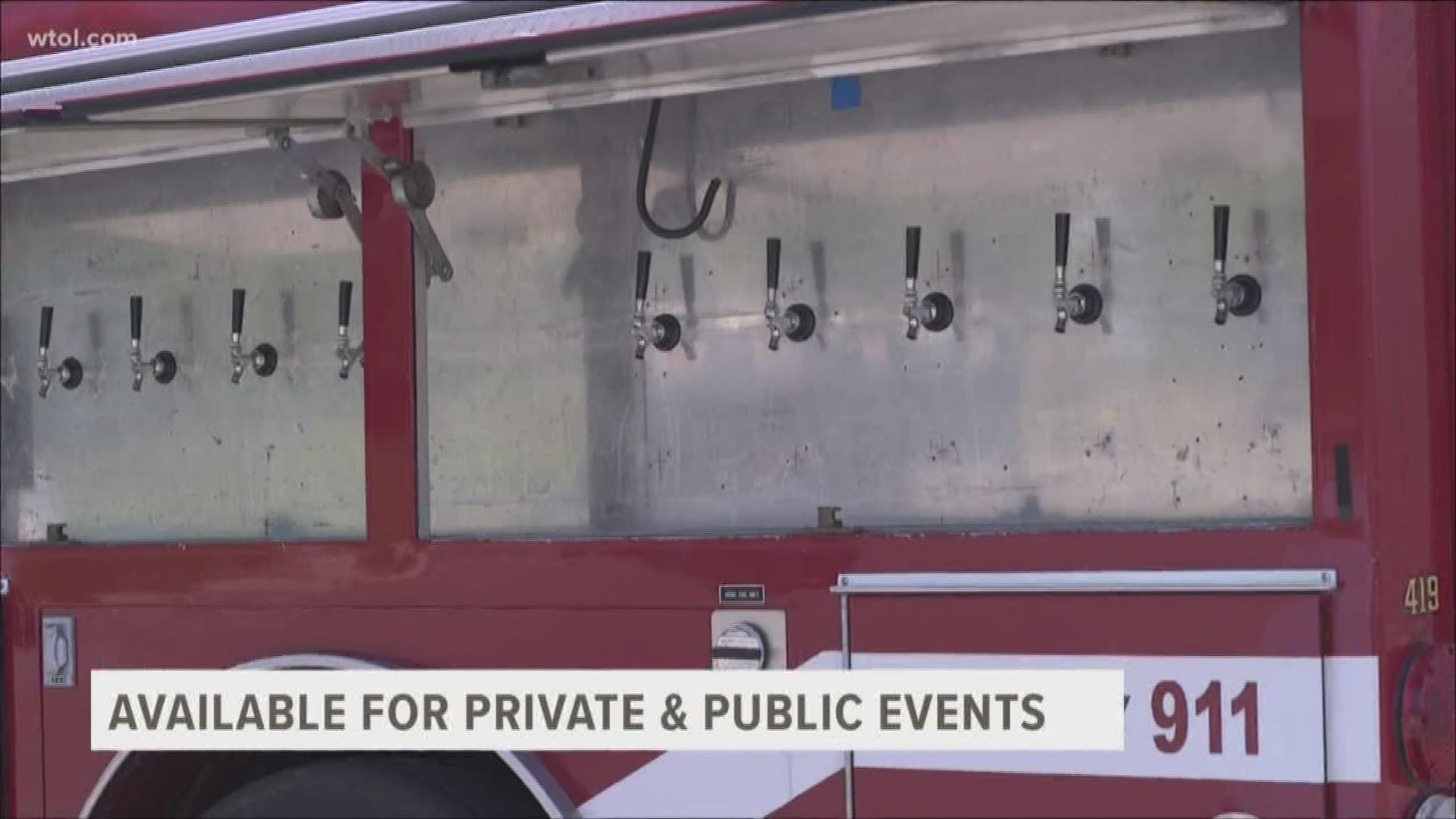 TOLEDO, Ohio — Ladder 419 doesn't put out fires any more, it serves up beverages to extinguish your thirst!

“It’s a little different," said Kevin Mullan, the brains behind Tapped 419. "This is a 1987 E-One Water Pump truck that has been retired and we installed a walk-in freezer and ten beer taps on the side of it. So now it doesn’t exactly extinguish fires, now its used to extinguish thirst.”

Mullan will admit, he's a dreamer. This idea, though stuck.

“Yeah, so I tend to come up with all crazy ideas, and my wife generally rejects all of them," Mullan said. "But this one she seemed to think it was a good idea. We’ve seen it done before and this gives us the opportunity to support local breweries or local business and get out to local events, which is all things that we love about 419."

Mullan said his idea caught fire quickly, and he got a lot of support along the way.

"Wednesday, I saw the truck online, on Thursday I made the offer, and picked it up on Saturday. And Monday morning I was on the phone with people saying, 'Who’s going to help me do this?'”

Mullan's initial thoughts on how the truck would be used evolved after all of the positive response on social media.

“It’s great for public or private events. I've had people reach out about their father’s 90th birthday and he’s a retired firefighter and I never really envisioned being apart of those types of events, but I love being apart of celebrating something so special to a family and being a part of that so we are excited about that.”