The expanded Defiance Outdoor Refreshment Area boundary would add 18 acres to the current DORA and include portions of both Kingsbury and Pontiac parks. 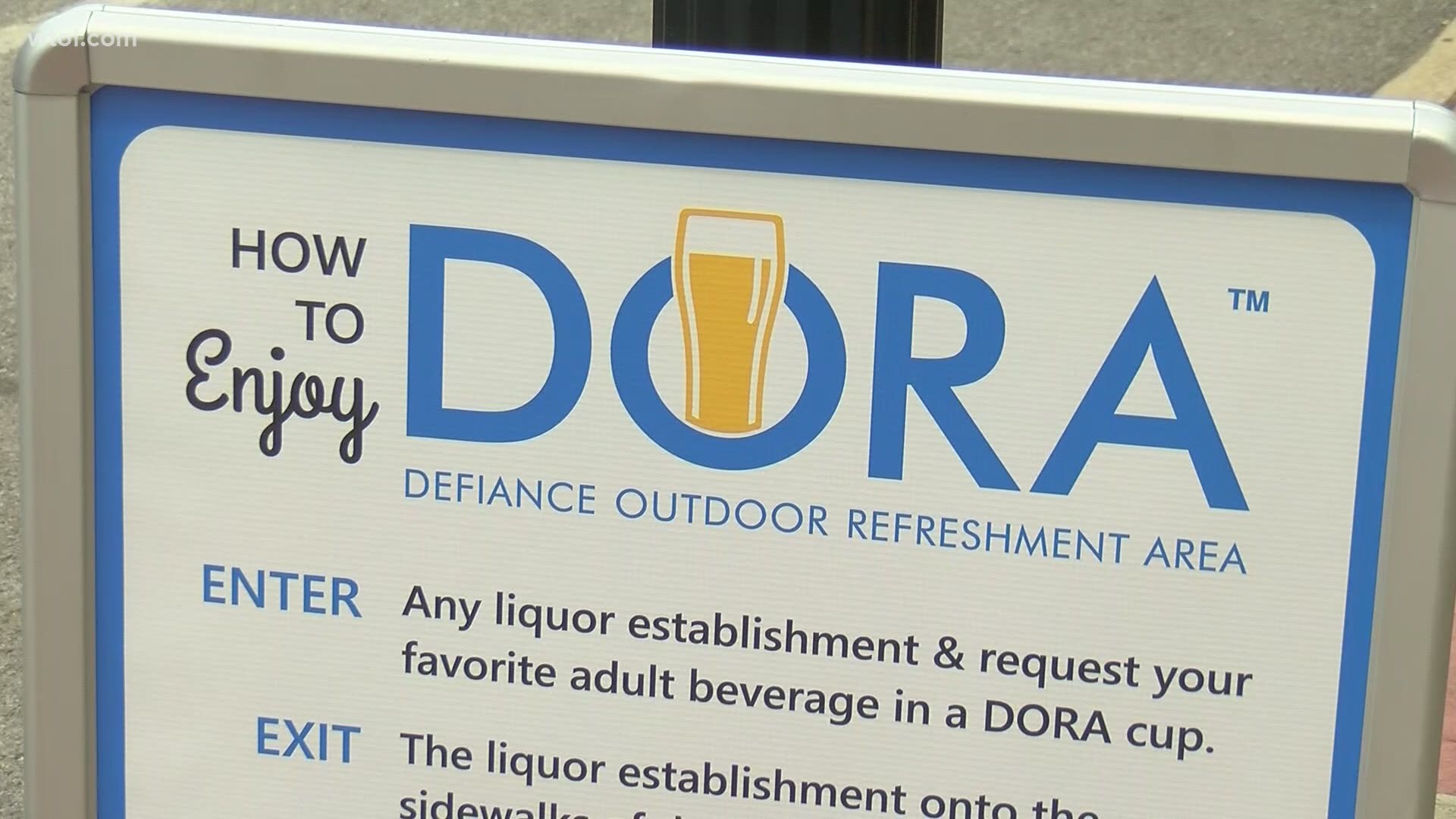 The 96-acre DORA kicked off in Defiance in July 2019 and was initially a big success.

Then, the DORA helped keep downtown businesses afloat during the summer and fall of 2020.

Now Kirstie Mack, executive director of the Defiance Development and Visitors Bureau, has proposed to expand the boundaries of their DORA by an additional 18 acres.

It would include newly created green spaces, a location further south of downtown where food trucks set up shop along Clinton Street, and also crossing both the Maumee and Auglaize rivers into the Pontiac and Kingsbury Park areas.

Mack says the city of Defiance is in a positive situation with a DORA and Community Revitalization Area overlapping along their river fronts, which combined with their 15 available liquor licenses could help bolster new business developments.

"There are areas in and around the parkland where we could see some additional development grow, and have a use of the DORA as well as a revitalization district," said Mack.

Mack says if the proposal does officially begin to move forward, the legislation could be brought before Defiance City Council by the end of the month.