This year marks Cedar Point's 151st season, but because of the shortened 2020 season due to COVID-19, the park will celebrate its 150th anniversary in July. 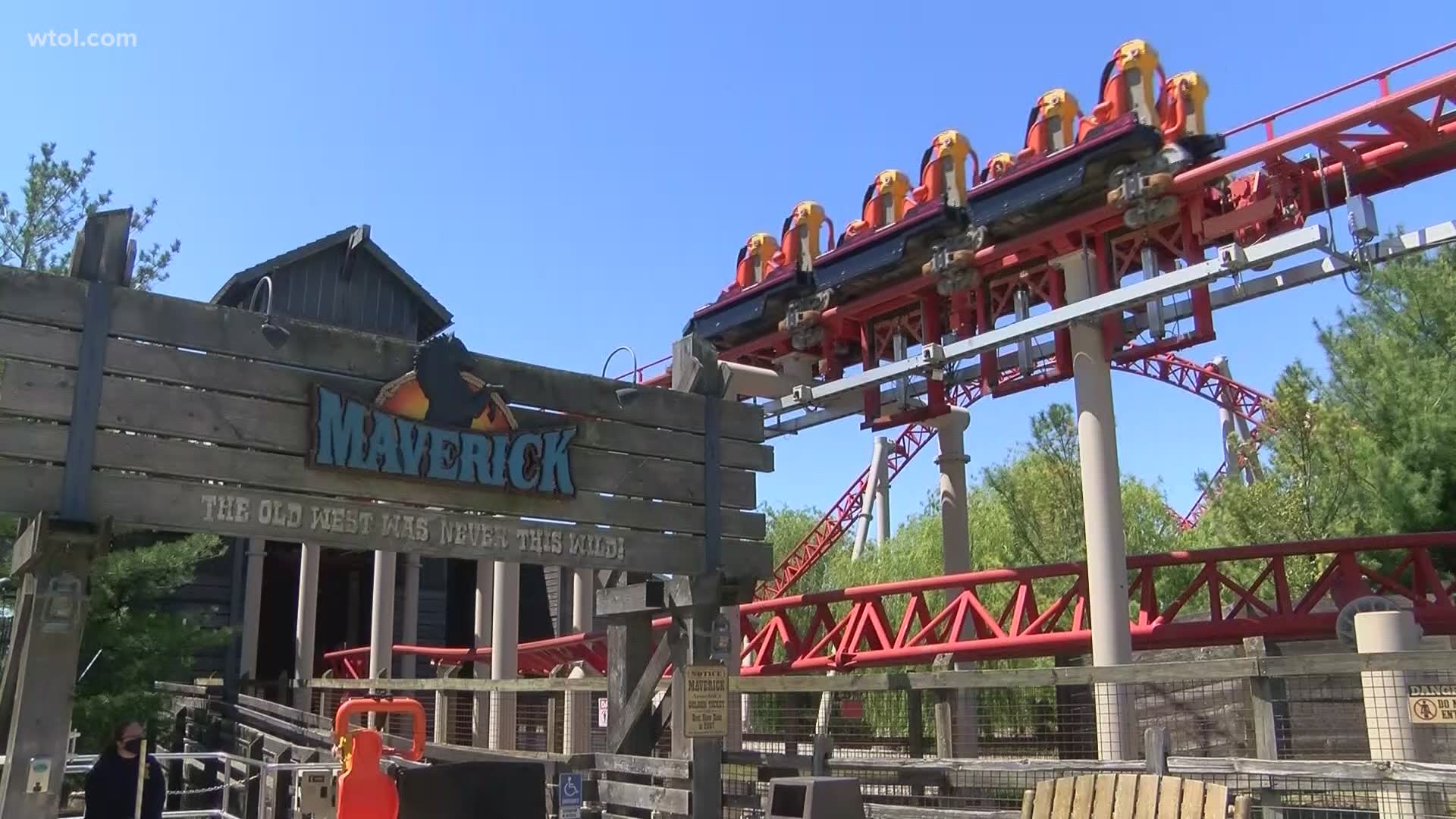 SANDUSKY, Ohio — The wait is nearly over.

Cedar Point officially kicks off its full 2021 season on Friday.

It was beautiful morning on Lake Erie as Cedar Point previewed everything happening on the peninsula in 2021. Games, great food and, of course, roller coasters.

2021 marks Cedar Point's 151st season, but because of the delayed season last year due to COVID-19, the park will be celebrating their 150th anniversary with a spectacular parade in July.

"[It's] something that really deserves our time and attention, and something that we want to celebrate because it's such a great milestone for anybody, but particularly for an amusement park," said Carrie Boldman, Cedar Point Vice President and General Manager.

As always, the season is kicked off with the Frontier Festival, featuring special food, merchandise, adult beverages and games.

Once again, Cedar Point has partnered with the Prayers for Maria Children's Cancer Foundation. Along with beautifying the park with images of sunflowers, every sale of their sunflower products will see proceeds going back to the foundation.

Credit: Jon Monk
Cedar Point is decked out in sunflowers with their partnership with Prayers From Maria

"We adopted that symbol and now you see it everywhere, and you can see it really adds to the atmosphere, it makes you feel good, it makes you happy. And that's kind of what this whole season is about now, right? Getting back to normal and getting back to happy, so it's a perfect tie in to what we're doing," said Cedar Point director of communications Tony Clark.

Cedar Point has said that visitors this year would not need to wear a mask while outdoors and properly socially distanced, but will indoors and in close quarters.

In light of the recent update from the CDC on Thursday, Tony Clark says Cedar Point follows their own medical team's recommendations, which can be updated on relatively short notice.

For the time being, all ticket sales are by advance reservation to limit total capacity.

"That's the formula we're using and that's why the reservations exist. We want to make sure we're maintaining that social distancing, you have to make a reservation. Plan ahead. And until our restrictions change, those are still the protocols we are following," said Clark.

Cedar Point officially opens to the public Friday, May 14 at 10 a.m.