The owners have phased out their Hero's Party Center and now, the entire building is dedicated to ax-throwing. 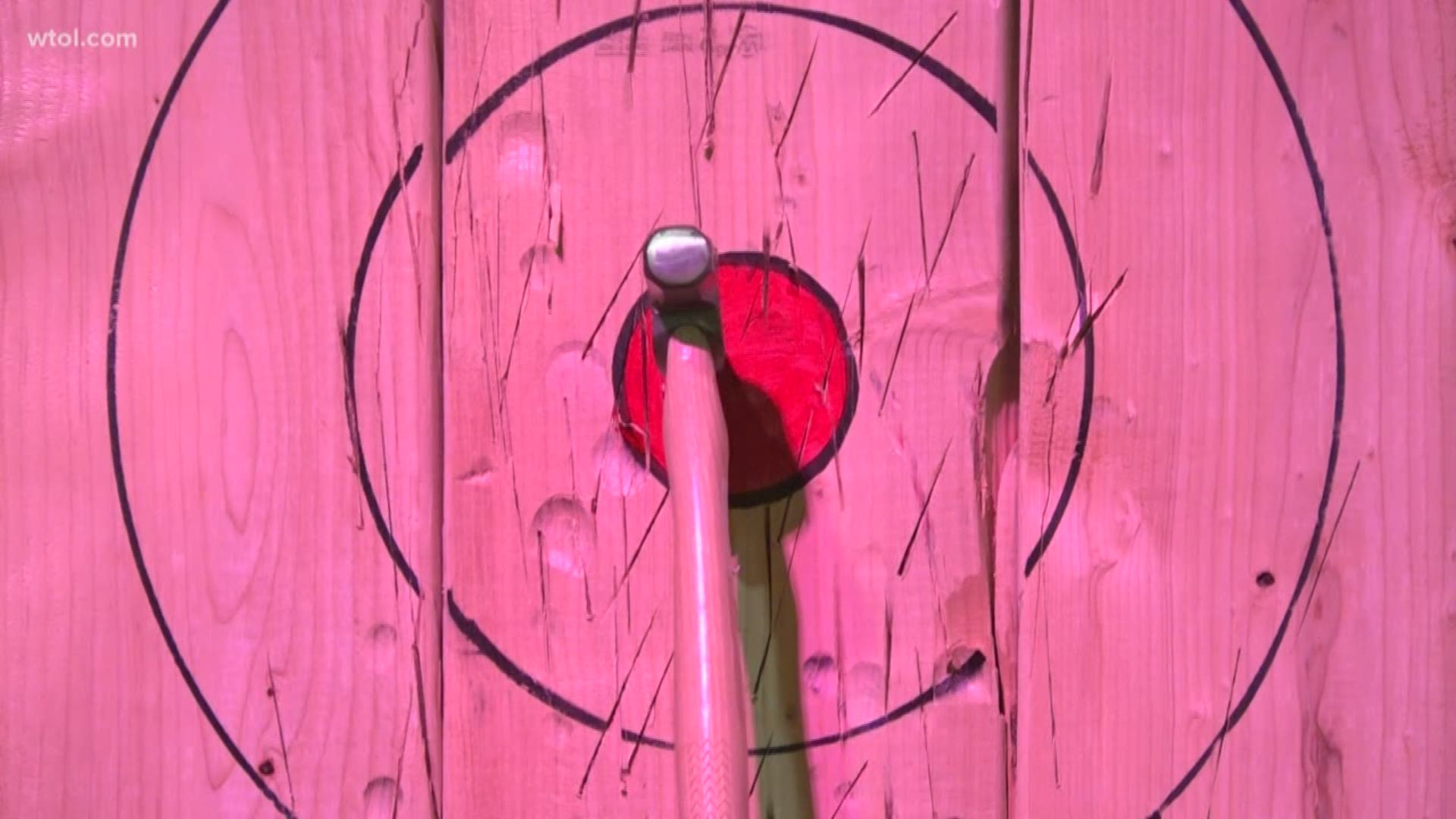 ROSSFORD, Ohio — In just one year, Axe 419 has become one of the most popular weekend destinations in the Toledo area and now, they have expanded.

Nathan Smith opened up the first ax-throwing lanes in the greater Toledo area right where the previous laser tag area of Hero's in Rossford used to be.

Smith says he had seen more and more ax-throwing popping up around the country and figured it would make a good fit here.

He says it was an immediate success and all of their throwing lanes were getting booked out every weekend.

"We weren't necessarily prepared for how popular ax-throwing was going to be," Smith said.

So, to offer more throwing opportunities, Smith made the decision to end the Hero's Party business and expand the ax-throwing into the former Hero's space.

Now, along with the reservation lanes, there are three walk-in ax-throwing lanes available to anyone.

Since there is such a high demand for ax-throwing, during their renovations, Axe 419 expanded their bar, added an arcade and added bomb-bowling for those who have to wait.

Smith says in the last few years, more and more bar-goers are looking for destinations that offer something more than just drinks. He says customers are looking for a fun and interactive social experience to go with their cocktails.

"So, now there are things to do instead of just going out and just drinking. Now, you go, you spend 2 hours, it's a nice controlled time, you have a couple of drinks, you have some fun, you hang with your buddies, and then you go home," Smith said.

They also have plans to install two VIP throwing lanes, which will feature a more private experience for visitors. 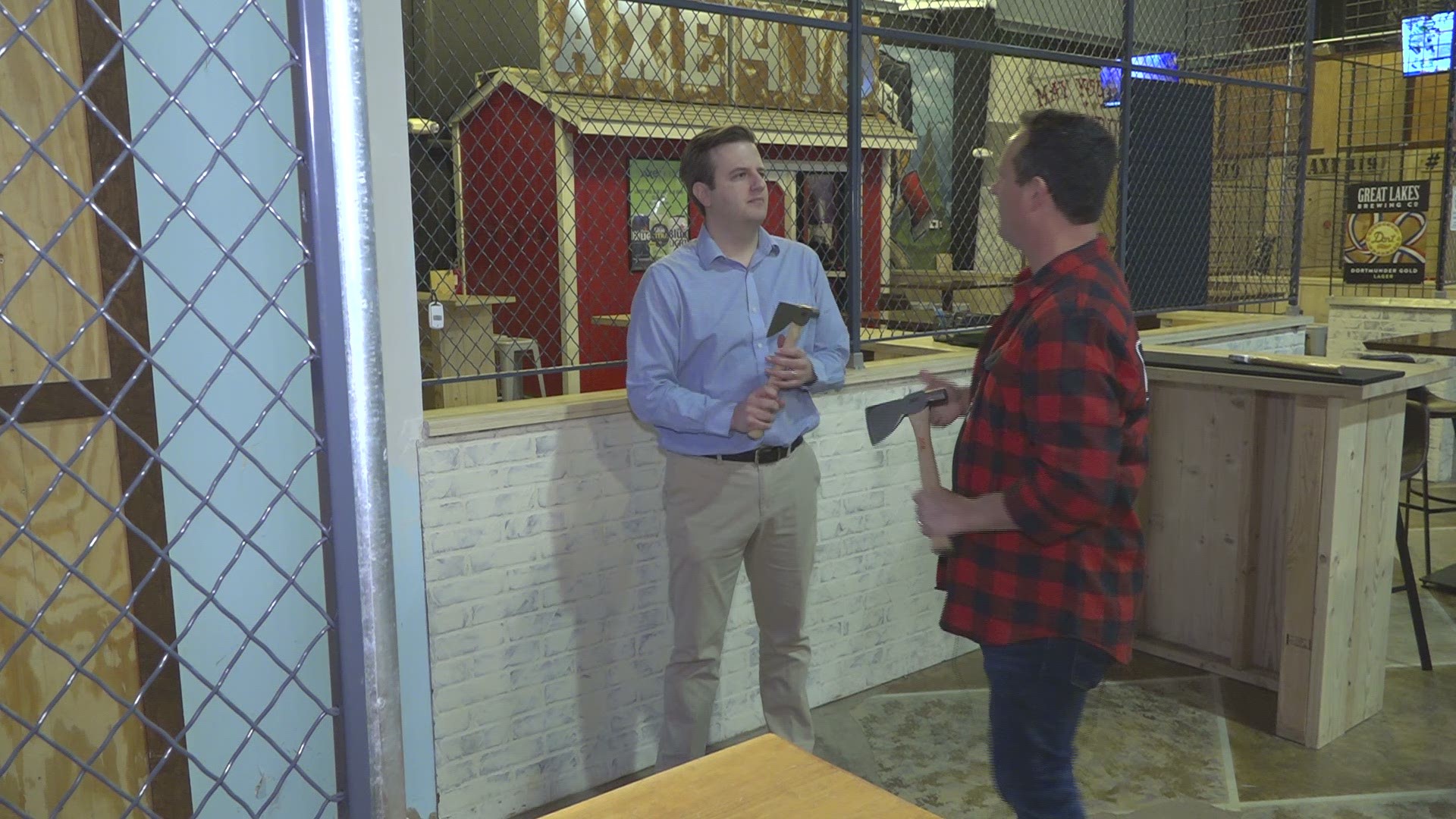