The small downtown restaurant has classic comfort foods, but its menu is anything but dated. 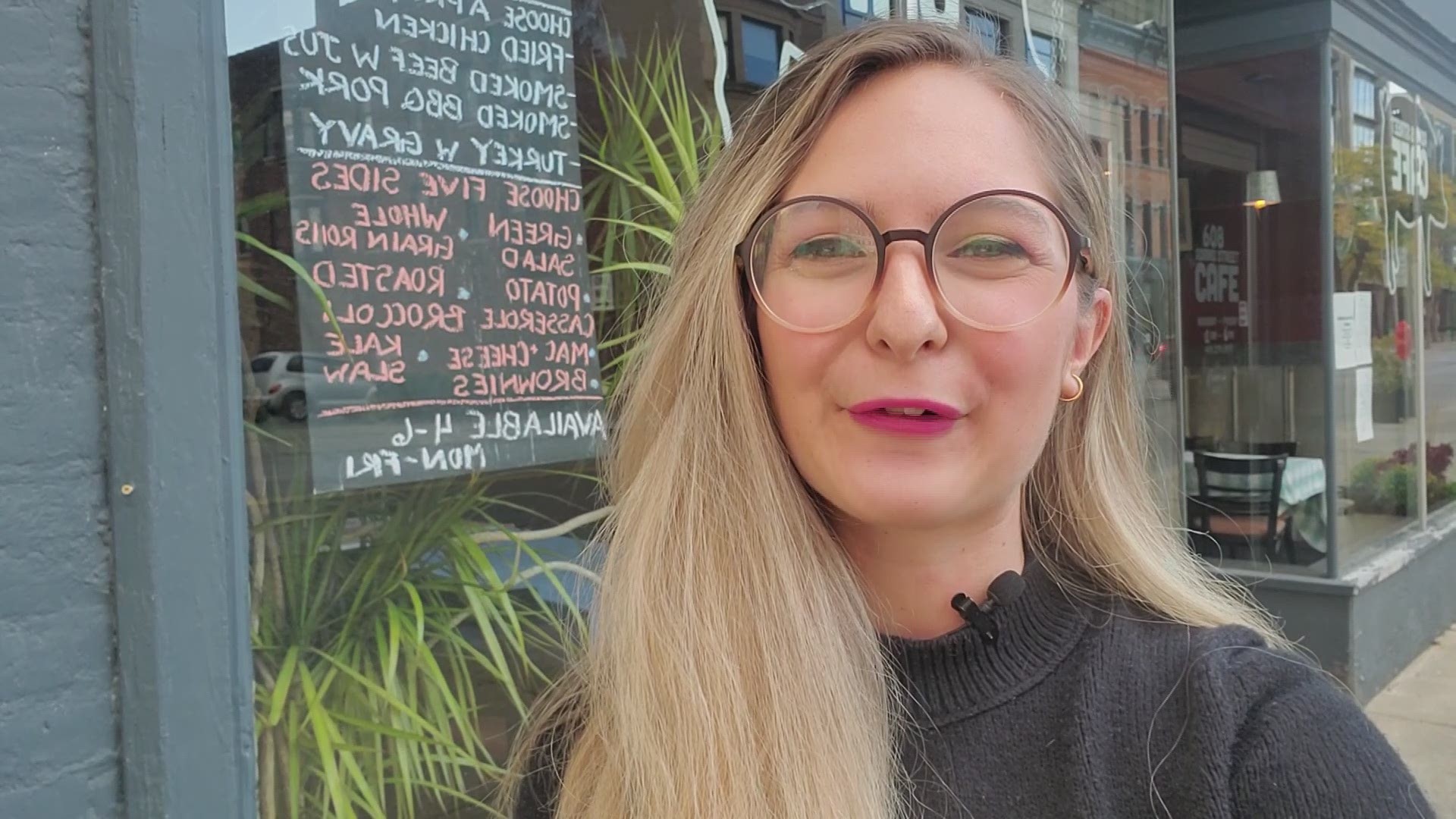 TOLEDO, Ohio — As you step inside Adams Street Cafe you get cozy farmhouse vibes, and while their menu is stacked with classic comfort foods, it is anything but dated.

The small downtown Toledo restaurant has a list of mouthwatering fare that is reminiscent of hip and trendy lunch spots in larger Midwestern cities like Chicago.

Poutine isn't a terribly common menu item around these parts, but it is a must-order from Adams Street Cafe; and the massive portion doesn't mean a lack of quality. The gravy has a full profile, with hints of rosemary and a satisfying umami flavor.

While many other places would use their flavorful gravy as an excuse to use cheaper meat, it is clear that Adams Street isn't cutting any corners. The shredded beef is moist and tender, and you can tell it is cooked with time and care; which is no surprise as their meats are all smoked in-house.

But, how can we talk about poutine without mentioning cheese? The giant, melted curds add the right amount of harsh salt while not overwhelming the other elements of the dish.

While that may sound like the highlight, we are just getting started.

Adams Street has proven in every item that they know how to work their way around a spice rack. The shop's burgers are cooked to order and seasoned perfectly - you could eat just the patty on a bun and be more than satisfied. But, the chefs clearly aren't content stopping there. The Bacon and Brie burger is this writer's top pick. Of course, with quality beef, hunks of cheese and thick strips of bacon, how could you go wrong?

One other eye-catching item was the Nashville Hot Chicken sandwich, and while admittedly, it isn't exactly a classic recipe, it holds its own. The shop has developed its own signature taste to the southern go-to. The fan-favorite elements are there: extra crispy crust, juicy chicken, a blast of heat and a handful of sliced pickles. However, Adams Street adds just a touch of sweetness that balances it out and makes it something all its own.

But, you don't have to be a carnivore to enjoy it. The restaurant has vegan items, like Nashville Hot Cauliflower and the nine (yes, nine) vegetable salad.

To take a look at the menu, click here.

Posted by The Adams Street Cafe on Tuesday, September 29, 2020