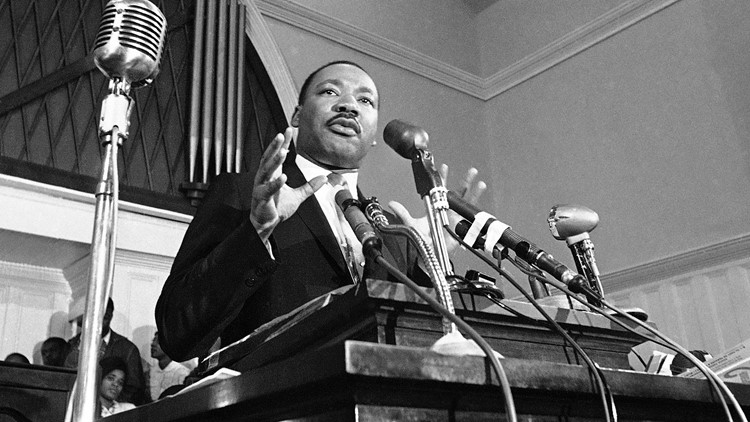 TOLEDO, Ohio — The Actors Collaborative Toledo will present "The Mountaintop," a gripping re-imagination of events of the night before the assassination of Dr. Martin Luther King Jr., on Feb. 15 and 16.

This intimate play will be directed by Rick Clever and stars include Natalie Bostelman as Camae and Jesse Duckworth as King.

The play will freely portray the night of April 3, 1968. After delivering one of his most memorable speeches, an exhausted Dr. King retires to his room at the Lorraine Motel while a storm rages outside.  When a mysterious stranger arrives with some surprising news, King is forced to confront his destiny and his legacy to his people.