A pint and a pour-over in the park: Brewery-coffee house collaboration coming soon to Oak Openings Metropark

The Wheelhouse is a collaboration between Black Kite Coffee and HEAVY Beer Company and is expected to open at the center of the park by the end of this year. 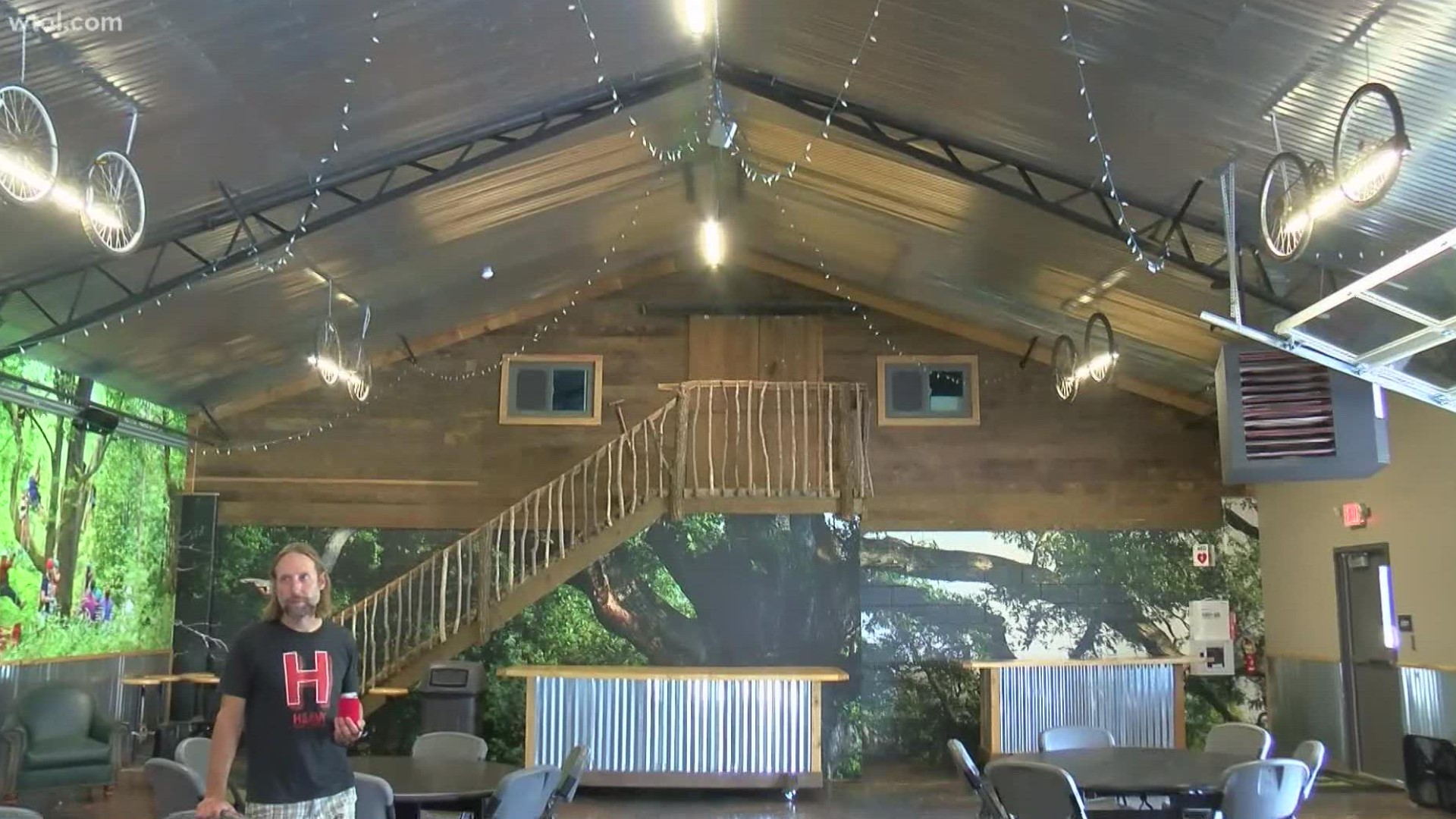 SWANTON, Ohio — The Beach Ridge Area at Oak Openings Preserve Metropark is home to two of the park's most popular attractions: the Cannaley Treehouse Village and the Singletrack Biking Trail.

But starting this November, the area will also be home to The Wheelhouse, a brewery and coffee house created in collaboration between Black Kite Coffee and HEAVY Beer Company.

Andrew Newby, the CEO of Heavy Beer, says their mission is simple.

"To create a space for park-goers, either on the mountain biking side or the treehouse side, or just people in the region to come out and enjoy a pint and have a cup of coffee and relax and enjoy the Metroparks," said Newby.

As a combination of the two businesses, visitors can look forward to enjoying the best of both worlds, featuring drip and pour-over coffee, espresso and HEAVY's full lineup of beer, some of which will be brewed on-site.

"We're gonna brew some of the beers here, definitely 'loop' pale ale, which is our mission beer, which goes to support the metropark's mission around conservancy, and we'll also have the rest of our line up," said Newby. "And I'm sure we'll do some special stuff out here, too."

Because Black Kite Coffee and HEAVY Brewing will be sharing the space, they've also decided to share employees as well. These so-called "beer-istas" will be trained to work with coffee and alcohol.

And a major part of The Wheelhouse experience is for it to be more than the sum of its parts. Rather than just being a regular bar or coffee shop, they want it to be a community space where anyone feels welcome.