With their baby struggling to survive, the Lovell family stumbled across a discovery inside the hospital that opened a whole new world. 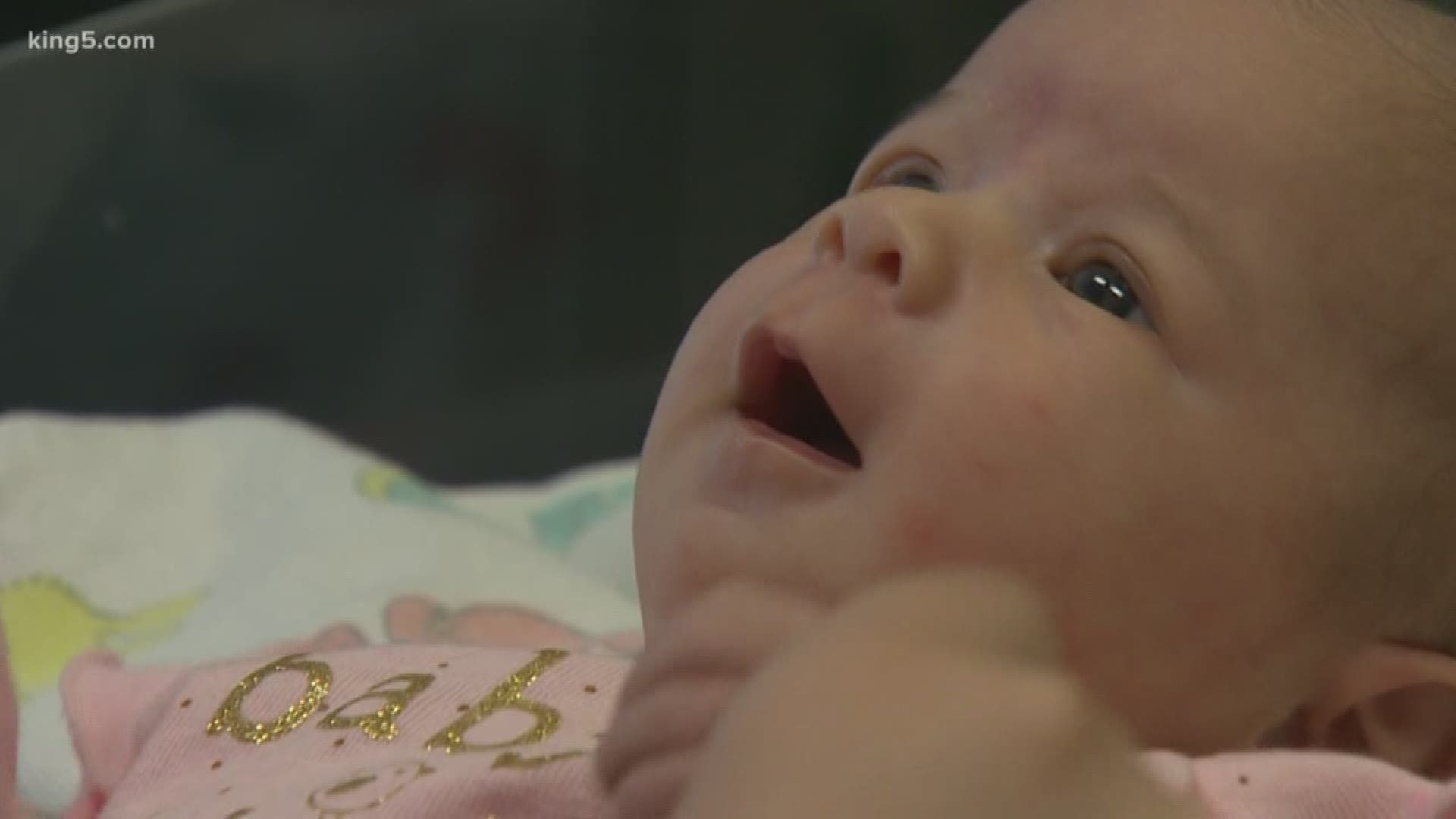 EVERETT, Wash. — A Bellingham family uncovered an unexpected surprise at a neonatal intensive care unit while their newborn was being treated and it opened up a whole new world for them.

At barely a month old, tiny Juliet Lovell already has quite a life's story to tell. She spent three days at Providence Everett's neonatal ICU just after her birth.

Looking back, her dad Tyler wondered if she'd ever make it home.

But Tyler and Kyra Lovell had no idea what awaited them when they walked through the hospital's doors.

Jamie Huynh was the on-duty nurse that night as Juliet fought for her life.

"I was very concerned," Jamie said. "She wasn't eating and she couldn't stay awake."

While treating Juliet, Jamie noticed something about the baby's family. "Immediately, I recognized Barry and I could tell he recognized me," said Jamie.

Barry Lovell is Juliet's grandfather, but that's just the beginning. Barry had his son Tyler and daughter Maegan with his late wife Liz. Unfortunately, Liz died from Leukemia more than 20 years ago when their kids were very young.

"There were dark places," said Barry. "It creeps up every once in a while to this day."

Barry said Liz dreamed of being a nurse. Her family decided to honor her memory by establishing a nursing school scholarship in Liz's name.

The first and only scholarship ever awarded was to another aspiring nurse, a Bellingham High School student named Jamie Sheeks, now Jamie Huynh.

The very nurse who helped save Juliet's life.

"We were all bawling," said Barry. "I'm a grown man. We're not supposed to cry but there was no stopping that."

"Yeah, I just lost it," added Jamie, fighting back tears. "I told Liz's mom at the time that I would carry her light and try to do the work that her daughter didn't get to do. Now, I'm overwhelmed with a sense that my mission was served. If there was any way to show her my gratitude this was it."

Juliet is happy and healthy, today.

During a visit to the hospital, Jamie presented Juliet with the teddy bear her grandfather gave to her when she graduated nursing school.

"You were in the right place at the right time," said Juliet's mom, Kyra.

Juliet turned out to be an unsuspecting little soul who brought two lost worlds together.

"It does bring in new emotions about who my birth-mother was because I didn't know her," said Juliet's Aunt Maegan Lovell. "Now, I get to learn more about who she was."

"It's amazing, really," said Tyler, "going from something that was very sad from my family's perspective to blooming into something that's really beautiful."