'There is tons of video footage of a lot of things that happened.' 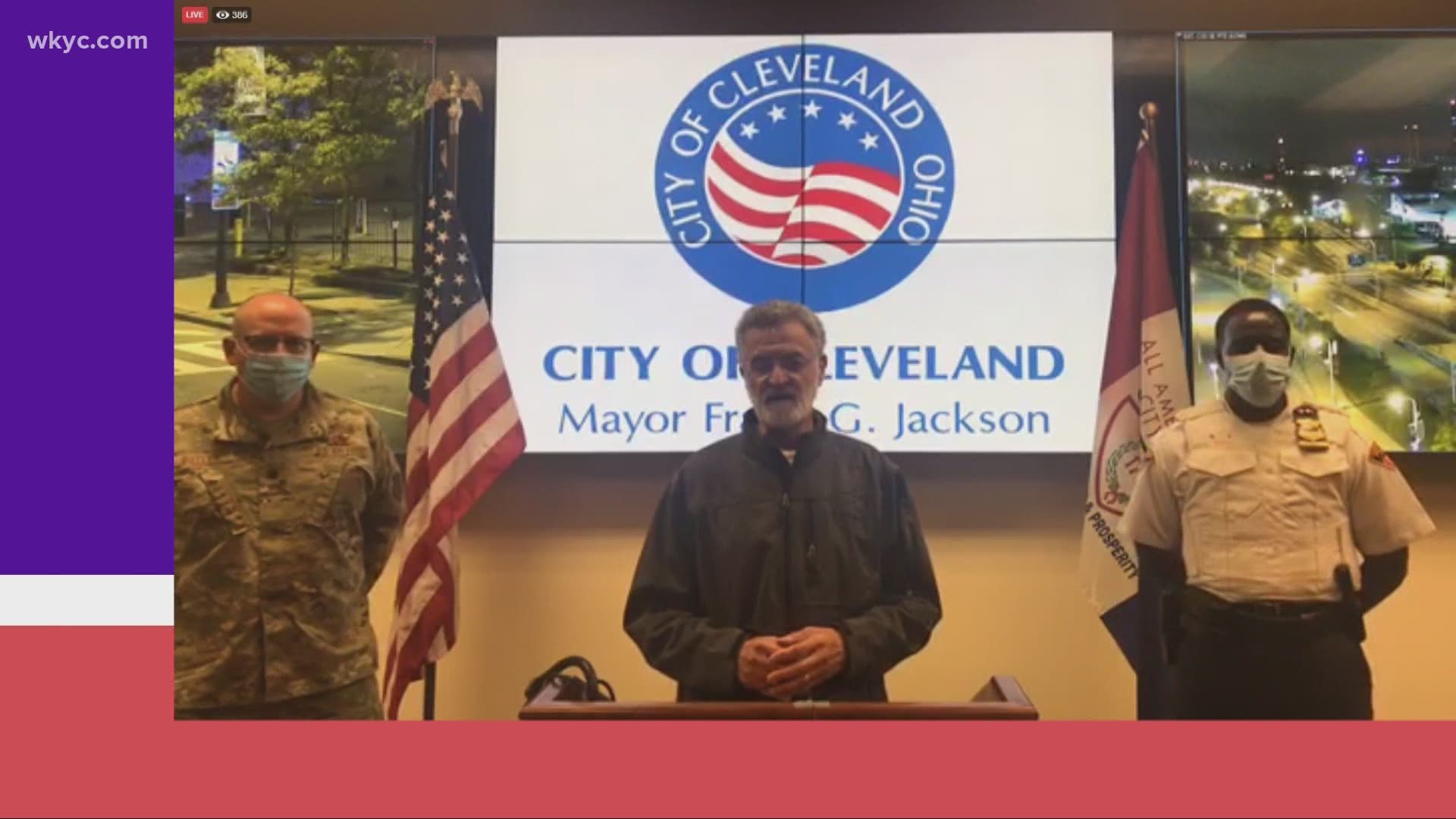 CLEVELAND — The city of Cleveland said investigators are actively reviewing videos from Saturday’s protests in an effort to identify some individuals involved to bring them to justice.

"We know that a lot of things that happened today were people that did not reside in the city of Cleveland or in this area," Cleveland Police Chief Calvin Williams said during an overnight press conference alongside Mayor Frank Jackson. "There is tons of video footage of a lot of things that happened. We have investigators as we speak that are going through that footage to identify folks so that we can bring them to justice. I want people in the city of Cleveland to know that we're going to do everything possible to keep this city safe going forward."

While arrests were made Saturday, Chief Williams did not provide the number of people taken into custody when asked overnight.

The city's downtown curfew has also been extended by eight hours, now in effect from noon Sunday until 8 a.m. Monday. Anybody in violation of the curfew is subject to arrest, police warn.