Circus performer falls in the middle of stunt at Huntington Center

The performer suffered some bruises but not broken bones. 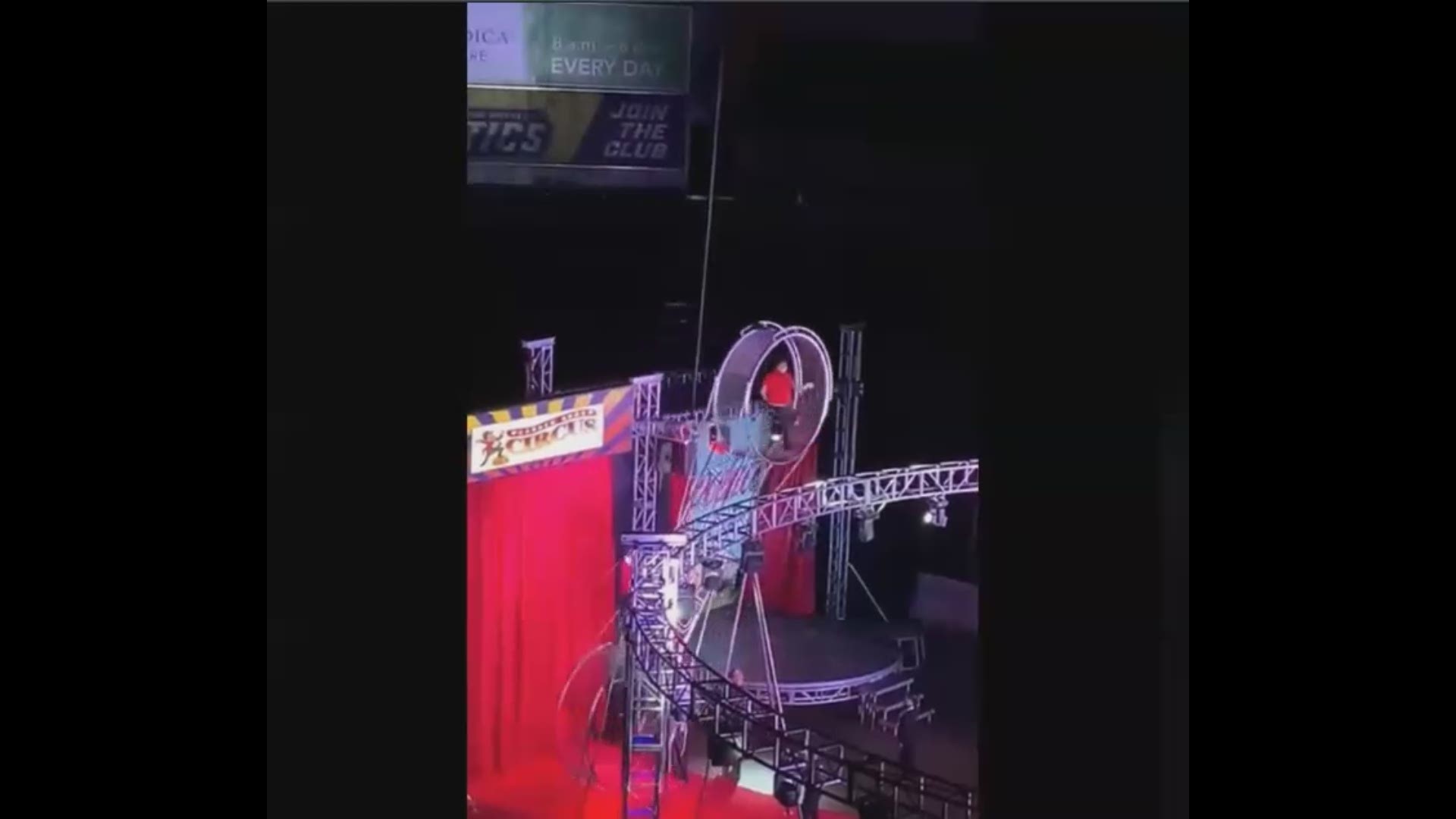 TOLEDO, Ohio — A circus performer fell in the middle of his stunt during Monday's Garden Bros show at the Huntington Center.

A video recorded by circus-goer Amber Ledford shows the artist falling from a circus wheel that appears to be a few feet away from the ground.

Huntington Center General Manager Steve Miller said the performer who fell is expected to be released from the hospital Monday night. He suffered some bruises but no broken bones.

Miller said the circus group is still counting on the performer to be a part of the same act Tuesday night.

The show did carry on while first responders attended to the performer.