Not long after the protest riots ended, hundreds of volunteers converged in downtown Grand Rapids to help clean up and board up. 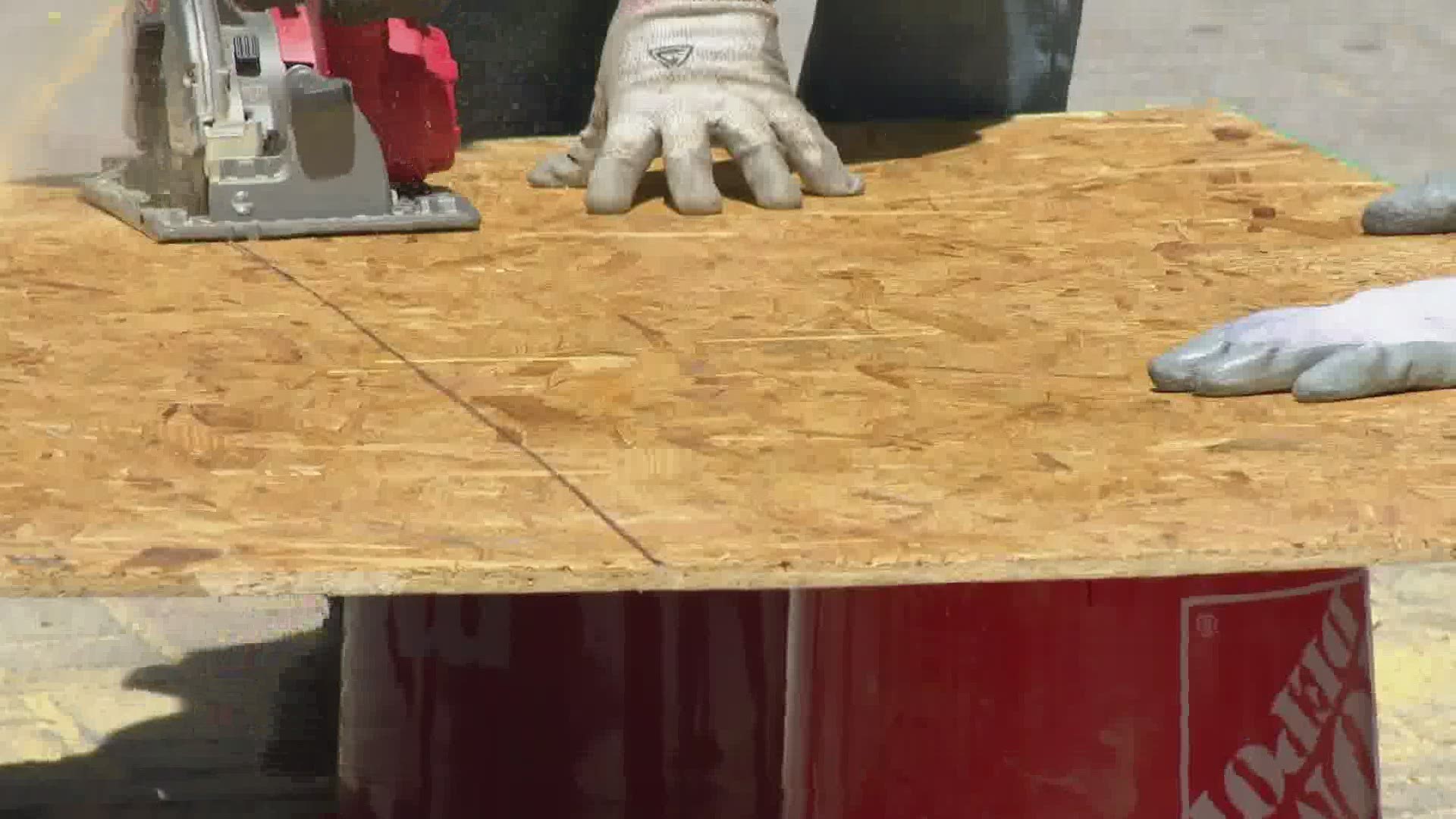 GRAND RAPIDS, Mich. — After a night of chaos, hate and unrest, what Grand Rapids is TRULY about was on full display downtown, beginning in the early morning hours.

Hundreds of volunteers surrendered their Sunday and came together to do all they could to make the broken feel somewhat whole again.

"It's really unfortunate," said Dan Oderkirk, who co-owns, The Dog Pit, with his wife, Erin. "It's shocking to see downtown like this."

The Oderkirks business was among many that were ransacked and suffered severe damage when Saturday's protest for George Floyd, quickly escalated from peaceful to violently out of hand.

The Dog Pit is located on Monroe Center St. NW, across from Rosa Parks Circle. Many businesses along that stretch sustained heavy damage.

"I got a text at 5 in the morning from somebody I didn't know telling me our business got hit," said Erin. "When my husband and I got down here a few hours later, I was shocked to see so many people out front sawing boards and putting them up to protect our broken windows."

The volunteers didn't focus on The Dog Pit, literally thousands of them spread out all across downtown Grand Rapids, offering their skills and support to help board-up and sweep up the city.

"We don't even know these people," said Erin. "They're all amazing."

Rioters broke through the door, shattered all the glass, and took a few things from inside the restaurant, including money.

The Oderkirks say the interior is largely intact.

"Since all these people were working so hard to help board-up our business, we felt like we should give back to them, so we started making hot dogs," sand Dan. "Who doesn't like a hot dog, right?"

The Oderkirks estimate they prepared over 300 hot dogs that were continuously brought outside and placed in front of The Dog Pit for volunteers and passersby to take.

"It's just kind of our way of saying, 'Thanks for your help,'" said Erin.

"They broke all the windows, and wrecked the kitchen and bar," said Jeff Lobdell, who owns the restaurant. "Just stuff destroyed and wrecked everywhere."

Lobdell adds that security cameras positioned inside captured everything that happened, when rioters broke in, and also was used to identify several of the intruders.

"They were in and out in about 7 minutes," added Lobdell. "We've got a few faces [on tape], and one of them we posted to the Sundance Facebook page and she was identified."

Much like The Dog Pit, Sundance also had a slew of volunteers who helped clean up and cover all their windows with plywood.

"Once we got our kitchen cleaned up, we actually made breakfast burritos for everybody here at Sundance," Lobdell said. "Rockwell Republic also brought their famous sticky chicken down here and Beltline Bar brought tacos."

The Oderkirks and Lobdell were delighted to see the real spirit of Grand Rapids rise from the ruins.

"What transpired last night isn't the town I'm familiar with," said Dan. "It's nice to see affirmation of what my hometown is truly about after such a dark evening."

In referring to the countless volunteers who worked hard Sunday morning to mend the brokenness, Erin said, "This is the Grand Rapids we know. This!"