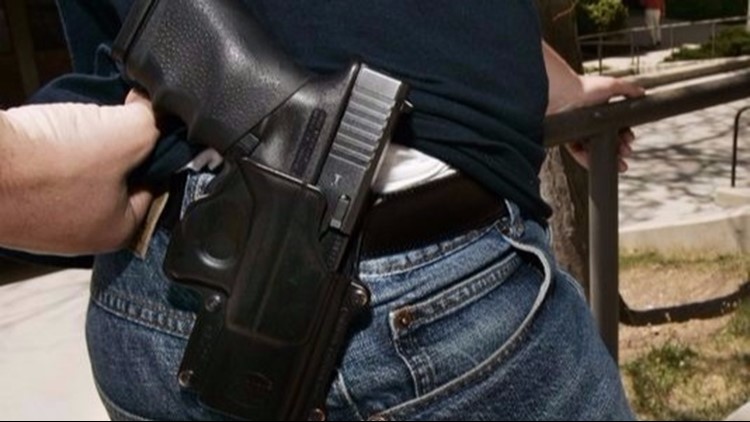 Photo by: courtesy
A concealed gun

BOISE, Idaho — Visitors to Idaho 18 and older who can legally possess firearms would be allowed to carry a concealed handgun within city limits under new legislation.

The House State Affairs Committee on Monday voted to hold a hearing on the measure introduced by Republican Rep. Christy Zito.

Idaho residents 18 and older are allowed to carry a concealed handgun within city limits in Idaho without a permit or training following a new law that went into place last summer.

The proposed legislation would extend that to any legal resident of the United States. Zito says the legislation is intended to clear up confusion.

RELATED: Legislation to legalize hemp in Idaho introduced in Senate

See all of our local politics coverage in our YouTube Playlist: