As TPD updates its modern gun range, a once-famous range is remembered 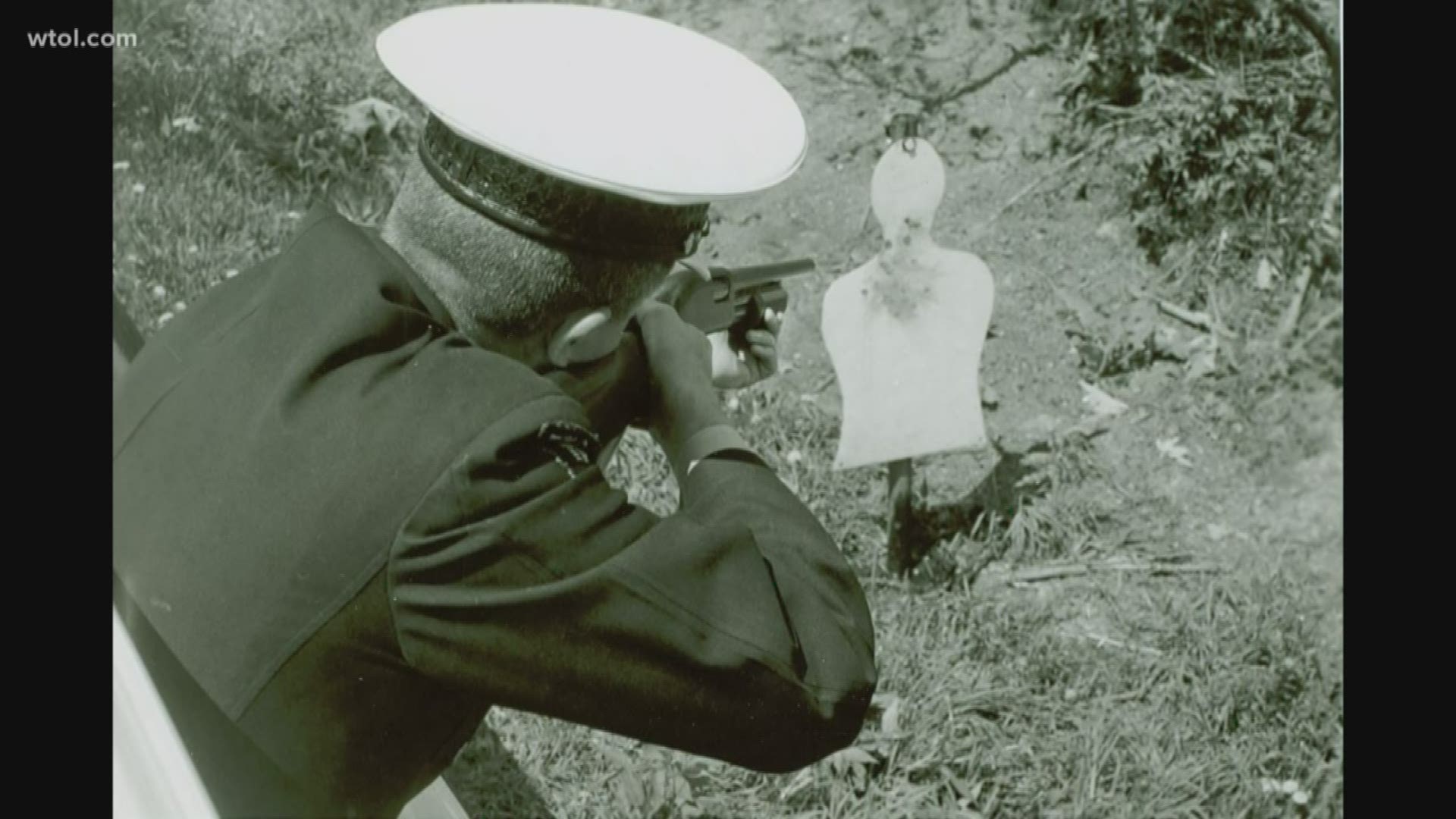 TOLEDO, Ohio — Toledo Police this week said they are looking to improve their current gun range at the Scott Park facility to bring its training standards up to date. What many officers and residents may not know is that at one time, the Toledo Police Department had one of the most advanced state-of-the-firearms training ranges in the nation.

It was in the area of the current Detwiler Golf Course, across Summit Street from Bayview Park. It came to life in the 1920s as Toledo was being confronted with a rise in gun violence as the prohibition era brought a wave of armed and trigger-happy gangsters to town.

In 1924, worked started on a brick and stone building known as the "Range House." There was no funding for such a project, so the officers pitched in and did the work themselves and merchants and suppliers donated the materials.

Because of that, the "Range House" was erected for a whopping $5.60 in cost - a fraction of what it would have cost to have had builders do the job.

The officers must have known what they were doing because the building still stands, almost 100 years after it was complete. Sadly, the building has been ravaged by time, weather and vandals, and has been left orphaned near the parking lot of the Detwiler Golf Course. Most people who park there or drive by probably have no idea what it once was or that the area around it was the venue for one of the most advanced law enforcement firearms training facilities in the country.

While the range house served as a sort of an all-season headquarters for the range, the rest of the area included several indoor and outdoor target ranges, including a course with pop-up targets, and another area that featured "running man" targets.

And one of the most unusual features was the road course, called the "rodeo," where officers could learn to shoot from moving cars or even motorcycles. In addition that particular training area, the officers built a "combat course" as a way to learn to battle a gang in an urban setting or around buildings.

Today, that "combat course" is now a golf course.

There was also a range that used tracer bullets at night to teach officers how to improve their accuracy when shooting in areas where there might be bystanders. The range, which operated from the 1920s to the early 1970s, was the pride of the Toledo Police Department and many of the officers trained there frequently and became expert marksmen in national and regional competitions.

Civilians also wanted to train there, and civilian training was not unusual, as sometimes movie stars and other celebrities would come to the range to test and improve their skills.

One of the most famous photos that the Toledo Police Museum keeps in its file is the picture of 1930s cowboy movie star Tom Mix training with department officers.

Over the years, the range earned special attention in newspapers and magazines nationwide, including a story in Life magazine in the 1950s.

The Toledo Gun Range was also more than just a gun range - it was a place of solemn remembrance as officers also built a special memorial to honor those officers who had died in the line of duty. That memorial was torn down in the early 1970s, along with a brick flagpole, when the range was closed to make way for the new golf course.

The bronze eagle that was atop that flag pole is now exhibited at the Toledo Police Museum which also features an entire display on the famous gun range.

Today, the range house is the only building or structure left from the old range.  It is now a curious and fading derelict of neglect.

The Toledo Police Museum Board in recent years has talked about restoring it or moving it to a new location in an effort to preserve it but funds for such a project are not readily available.

So at this point, the one-time pride of the police department, built by the hands of the officers themselves, sits orphaned by time and waits for a future.