As memorial grows for Ma'Khia Bryant, so do discussions for positive change

A memorial grows near the location where Ma'Khia Bryant was shot and killed by an officer. 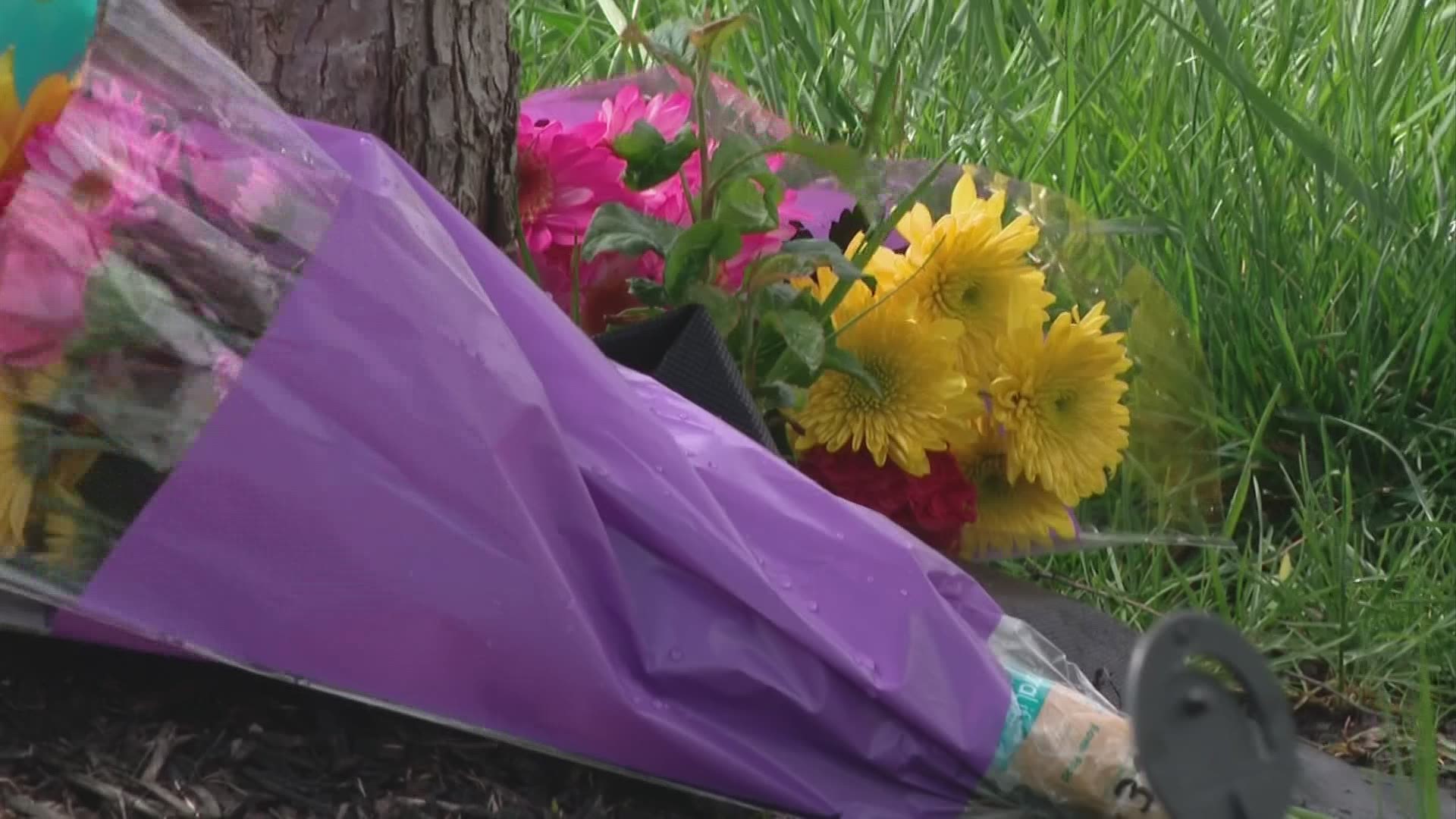 COLUMBUS, Ohio — Every big story is met with big opinions, no matter which side of the road you travel.

On a quiet Legion Lane in southeast Columbus, Wednesday, common ground could be found in assorted colors in the form of flowers delicately placed in honor of Ma’Khia Bryant. No matter the opinion, there’s an overarching certainty: A young life is now gone.

When the death of Bryant made waves across the internet and social media Tuesday, the news found its way to Ezekiel Hawthorne’s phone.

“And I said there’s no way that I’m [going to] leave Ohio and not be here,” Hawthorne said.

Hawthorne was delivering a truckload to Tennessee for work when the story brought him to southeast Columbus.

“I wish I didn’t even eat breakfast today,” he said. “I thought if I eat breakfast it would give me enough strength because I haven’t ate since yesterday.”

Hawthorne says he sees a systemic issue spearheaded by police who, he believes, aren’t for the greater good.

“I’m sick and tired of them,” he said. “They [are] blood-thirsty people. All their job is [is] to take life, not to give life or to keep life or to save life. They’re here to take life.”

Police say body-worn video showed a 16-year-old Bryant attacking and attempting to stab two people moments before Columbus Police Officer Nicholas Reardon shot her. Hawthorne says he’s seen the video. He knows there are questions, but he believes Bryant was fearful for her life.

“It seems to me that she was under attack,” he said. “She was fighting two young ladies that let me know that somehow she was trying to protect herself and if it happened at her house that means that she was protecting herself.”

It’s why he says he legally carries his own firearm.

“I promised my family that I would return home by all means necessary,”  he said. “I’m not gonna return home in a body bag.”

Many people gathered, off-and-on, Wednesday afternoon near the spot where Bryant was shot on Legion Lane. People stopped to pay their respects, pray with one another, and talk about changes needed in police reform and youth violence.

According to Interim Chief Michael Woods, an officer can use deadly force when the person appears to be inflicting harm on another person. Woods added a more thorough investigation needs to be conducted before determining whether the shooting was justified.

The Bureau of Criminal Investigation has since opened an independent investigation into the shooting.