To celebrate his 23rd birthday, Patrick Quinn ran and walked 61 miles in 24 hours to raise money for Blanchet House. He raised more than $4,600. 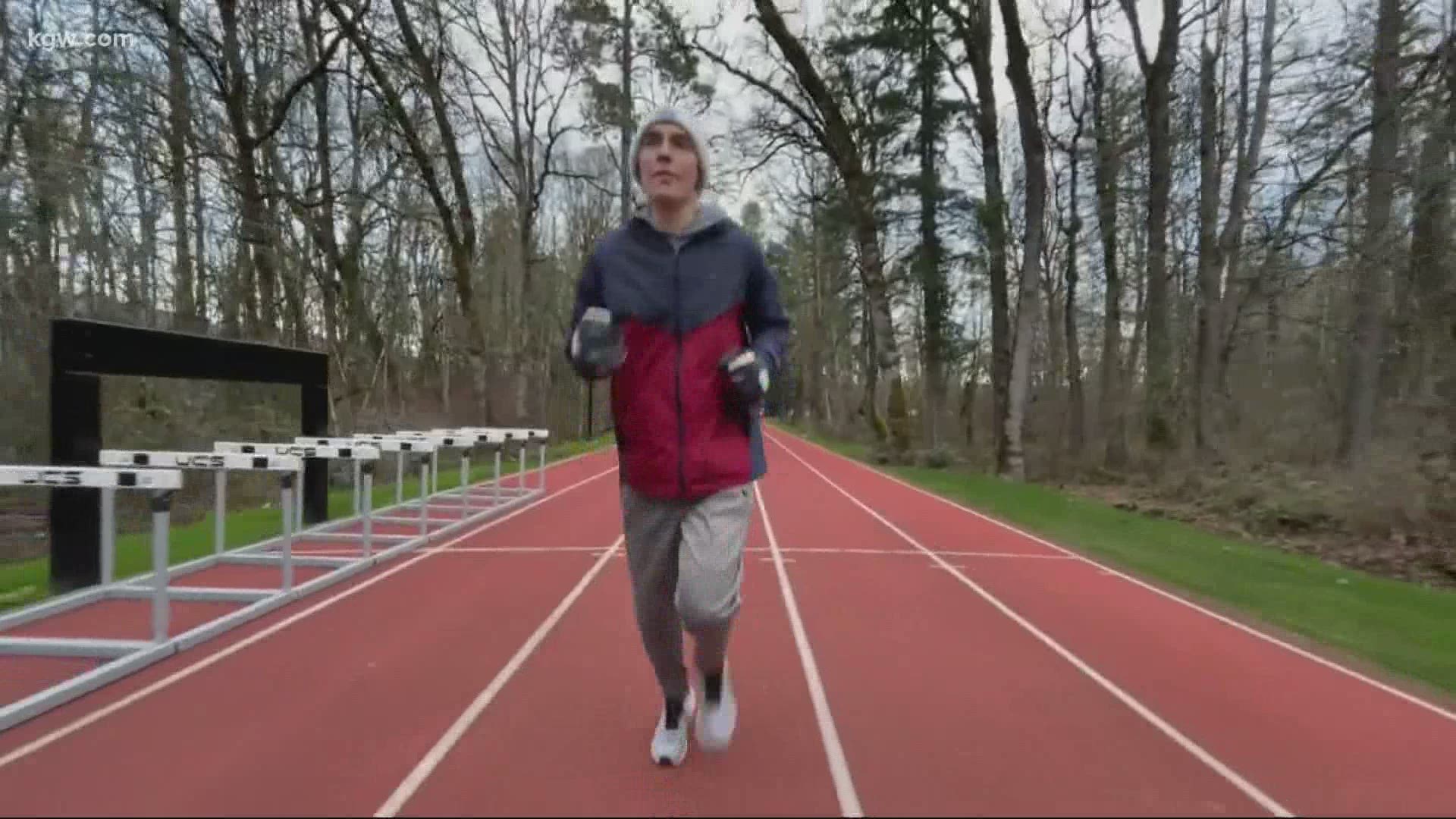 PORTLAND, Ore. — “I’m not about to let my life be defined by fear,” Patrick Quinn said.

The 23-year-old Portland man is a recent college grad, grinding his way through 2021 by leaving fear in his rearview.

A sports-induced hip injury has made running a challenge for him at times, but he wouldn’t let it stop him from lacing up his shoes to make a difference.

In December, about a month before his 23rd birthday, he had a revelation: Let go of fear. To not let the fear of the unknown or fear of the uncomfortable stand in the way of achieving his goals.

So, he pushed his body out of its comfort zone. He decided to start by giving back with a 24-hour run to raise money for the Blanchet House.

“You just need to have shoes, and some will,” he said, “It’s all about the inspiration. That was the goal.”

The Blanchet House is a Portland-based nonprofit that provides meals and life-saving housing programs to people in need. Scott Kerman is the executive director.

“Knowing Patrick, if anybody could do it, it would be him,” Kerman said. “My hope is that people hear a story like Patrick’s, and they realize that there are things that they can do, especially young people.”

The need at Blanchet House went up by 60% in 2020, according to Kerman. The nonprofit served more than half a million meals last year.

Quinn and his dad were there last spring to step up and serve their community. The father-son pair volunteered several days a week.

“6 a.m., getting up and having the best time engaging with these guests, just sharing hospitality, sharing meals,” Quinn said

Quinn wanted to run to raise money to support the cause that had become part of his life, but also to raise awareness.

“Hey, how can we restore visibility to so many people who are many times forgotten,” he wondered.

So, to mark his 23rd birthday, he hit the pavement bright and early.

He ran and walked and ran some more. In the end, Quin traveled 61 miles within 24 hours.

“When we say 61 miles, it doesn’t really set it. That’s nuts,” he said. “The last year and a half, just coming back from that [hip injury] and just trying to get stronger and stronger. This by far was the greatest physical challenge since surgery.”

Quinn conquered a personal feat and in doing so, he raised more than $4,600 -- more than double his original goal.

“It just kind of shows to me the compassion, the love that so many people have in a moment of need, in a moment of love when it’s so easy to band apart. We just need to come together,” he said.

“It lets them know that there are people out there who care about them,” Kerman said. “That can be as valuable, if not more valuable, than the coat, than the money, than the food. Just that feeling of mattering to somebody else.”

Quinn pushed through his fears and his physical discomfort to help others. He hopes to inspire others to do the same.

Quinn’s goal of inspiring others seems to be working. On Tuesday, Blanchet House received a letter with a $1,000 donation from a Portland couple. They saw Quinn’s story and wanted to help too, according to Kerman.

You can still donate to Quinn's fundraiser for Blanchet House. Just click here.