We're only halfway through the busy boat season and have seen at least five drownings in Lake Erie and two fires. 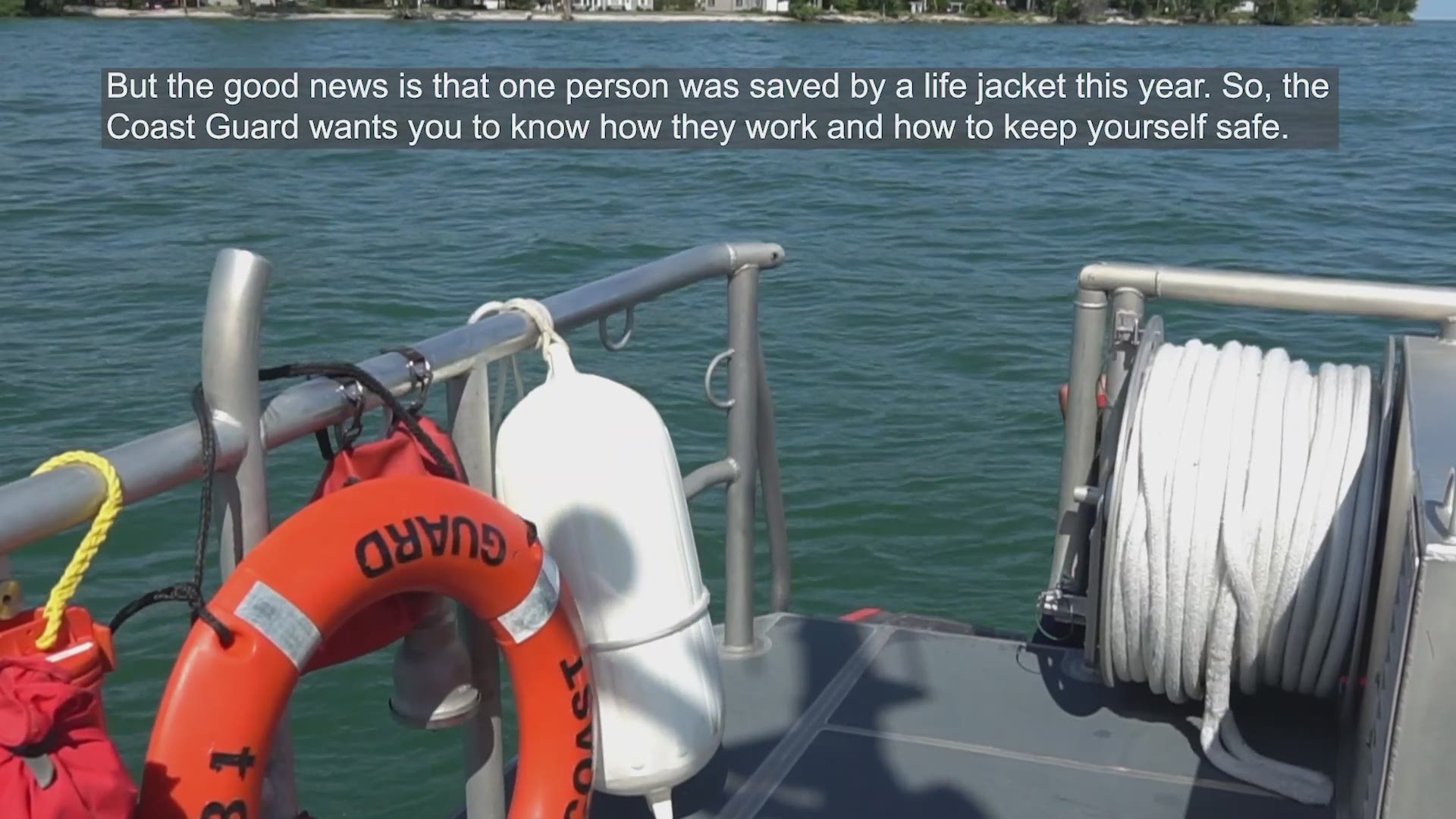 LAKESIDE MARBLEHEAD, Ohio — After more than 70 people drowned in the Great Lakes this busy boating season, the U.S. Coast wants to make sure that everyone that goes in the water knows proper safety procedures in case something happens.

From those deaths, at least five were drownings in Lake Erie and we are only halfway though the busy season.

According to the Great Lakes Surf Rescue Project data, from 2010 to 2018, 90 people on average drowned in the lakes each year.

But, the good news is that life jackets can really save you if you go overboard for any reason. In fact, a woman was recently saved by her life jacket after falling off her vessel and floating for an entire night.

There are different kinds of life jackets approved by the U.S. Coast Guard that will keep you safe in different ways. Some of them can keep your head over the water level even if you are unconscious. Others will only keep you floating while there are devices that can be thrown to you if you don't have a life jacket on and are struggling.

Victoria Martin with the U.S. Coast Guard said It is also important to check the weather conditions as well as the water level before heading off to the lake. Sunny weather can be unpredictable and you can find yourself in the middle of a thunderstorm. Also, winds can have a real impact on the rip currents.

Martin said everyone should keep in mind that temperatures drop overnight and there are hypothermia risks associated with swimming when it's under 76 degrees.

Finally, according to Martin, fires generally happen in boats because of lack of proper maintenance of the bilges, which are designed to collect excess water. They need to be properly clean to ensure proper ventilation.

However, there are other reasons that fires can occur on boats.

If your boat happens to catch on fire when you are onboard, Martin said you should call 911 or contact the U.S. Coast Guard by radio using channel 16. Then, you should use your fire extinguishers to try to control the flames.

If you can't control the fire by the time first responders get to where you are, Martin said it's best if don't go far away from where your boat sunk. Stay in the same area so you don't fatigue and so it's easier for officers to find you.