From creating a new position to investing millions in new equipment, Sunny Farms has tried to address neighbor's complaints over foul smell. But residents still aren't happy about it. 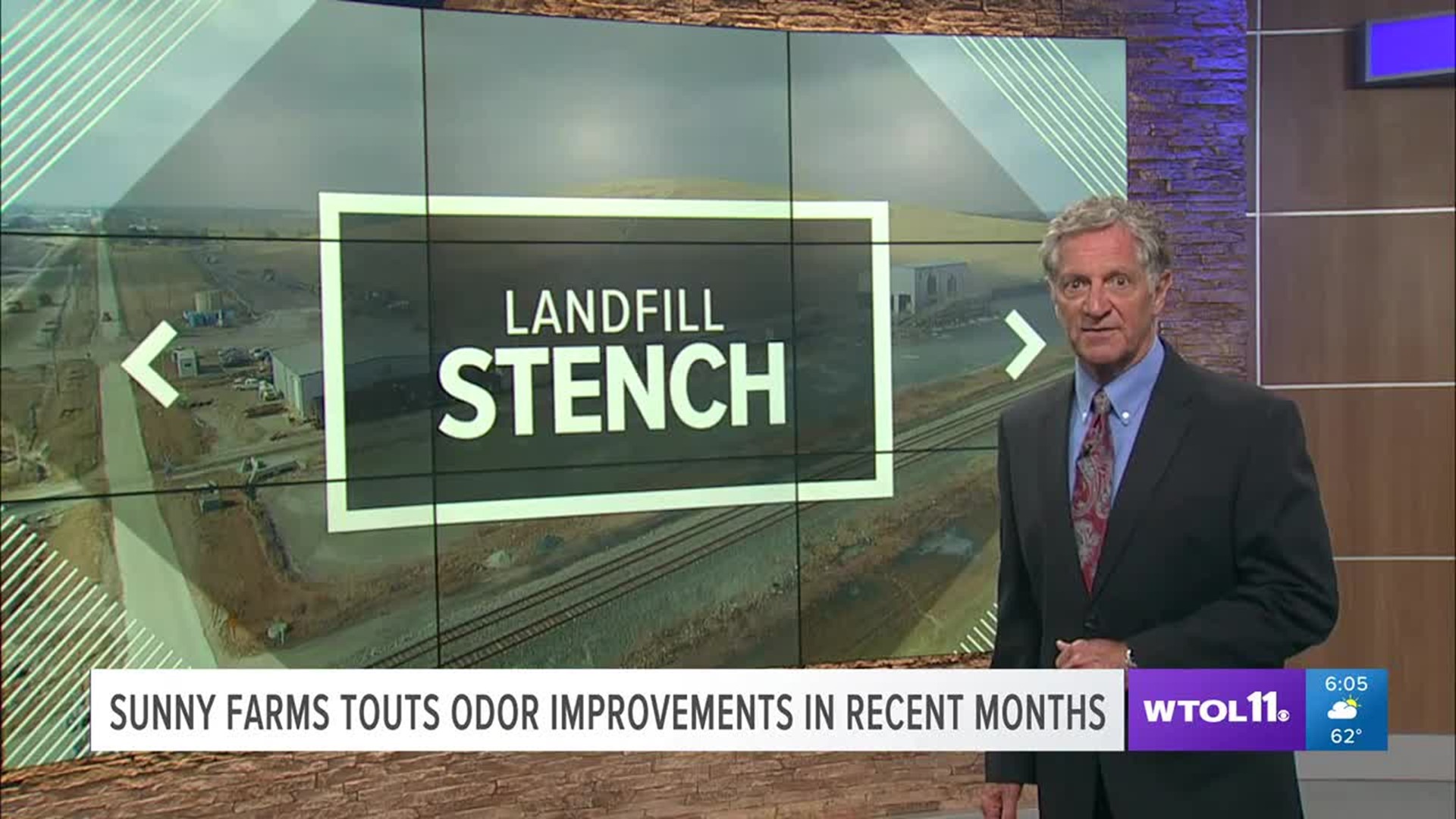 FOSTORIA, OH (WTOL) - Sunny Farms, a Seneca County landfill that has been on the spotlight over neighbors’ complaints that they’ve had to change their daily lifestyles in order to deal with a foul odor, is responding with what officials said they’ve done in the last few months to clean up their act.

In the recent months, Sunny Farms created a new position to lead the charge on combating the odor and hired Brian Ezyk to the role.

“I think landfills face odors,” said Ezyk, whose official title is vice president of environmental engineering and compliance. “When you’re disposing of waste materials, you have odors as a byproduct of what goes on at a landfill. I’ve had experience at other sites where off-site odor has been detected before and there’s been issues there. I think the rise of social media raises the immediacy of these kinds of issues at a site.”

But some residents said it was not an online outcry raising the urgency level. It was their inability to live their daily lives in peace.

"As a business owner, you have regulations that you have to do, and they've been immune to it," said Dr. Clay Wolph, a Fostoria resident and business owner.

"We live our lives based on which way the wind's going and that's not cool with me at all," neighbor Douglas Lear added.

Sunny Farms told WTOL it's taken action to subdue the odor and invested millions of dollars in order to do so.

"In the last month we've completed installation of 18 new gas wells and hooked up 11 perimeter collection points in the facility,” Ezyk said. “If you think about controlling odors, the number one thing that you need to do at a landfill is collect the gas that's being produced."

On top of that, Sunny Farms began installing an odor-control blanket. Ezyk expected that, coupled with three additional feet of soil cover mandated by the EPA, would significantly reduce the smell in the future.

"Finally we've improved our flaring system,” Ezyk said. “So we combust the gas that we collect and neutralize it in a flare."

The landfill also purchased 180 acres of land adjacent to its current property, which Ezyk said will primarily be used as a buffer between Sunny Farms and the neighbors. He wouldn't promise the odor would ever be 100 percent eliminated, but did say the new equipment and land would help. Wolph didn’t buy it.

"It's what Sunny Farms always does,” Wolph said. “They always say, 'We're working on that. We'll have that problem gone and we're gonna make a complaint line.'"

Sunny Farms officials said they’ve knocked on doors in recent weeks and attended community meetings to hear feedback. However, it’s unclear if they’ll change enough minds when the local health board votes in July on renewing the landfill’s operational license.