A 101-year-old veteran embarks on a 250 mile trip to honor fellow veterans. 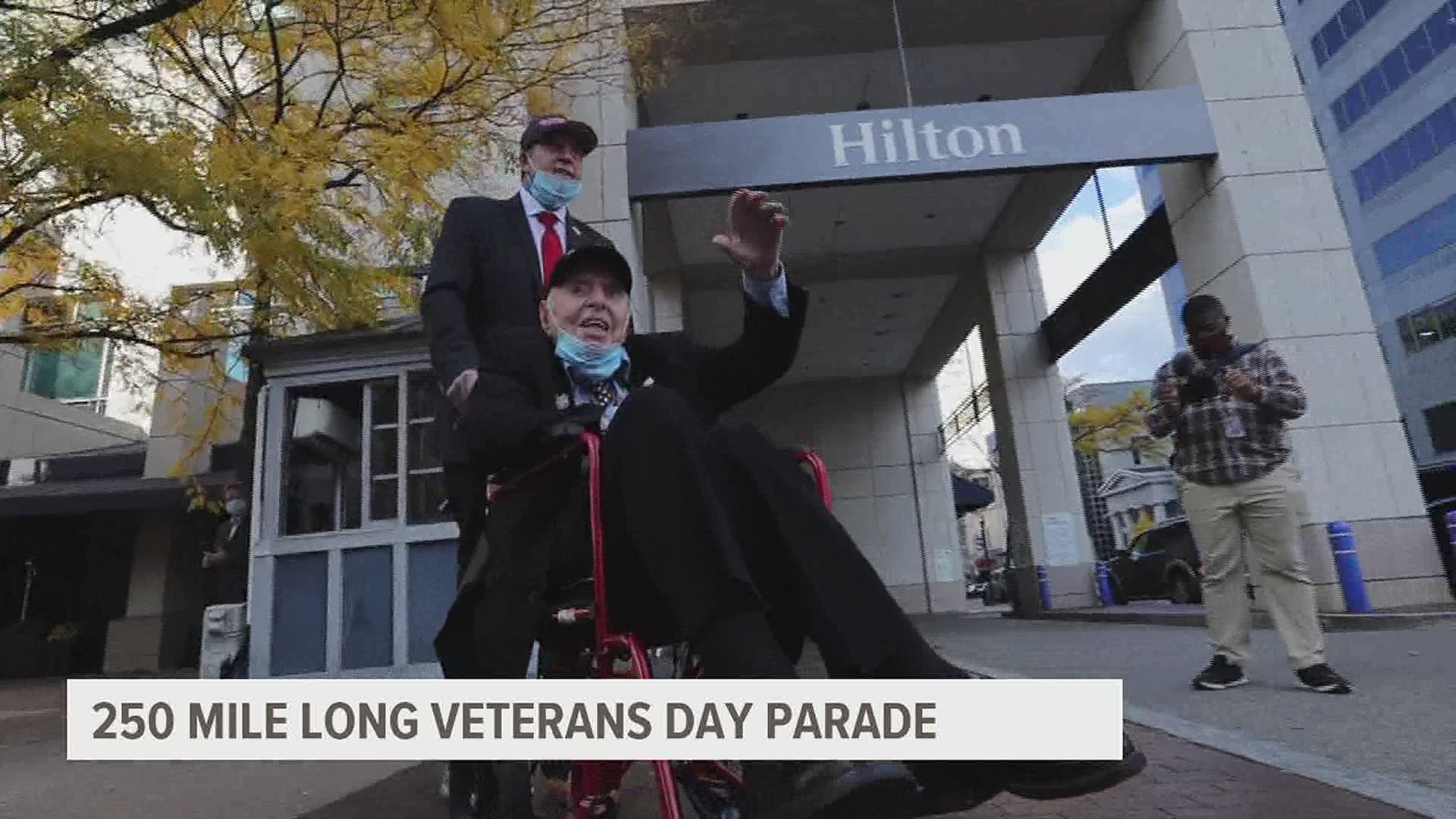 HARRISBURG, Pa. — It is a final tribute from one veteran to others in what could be the nation's longest COVID-19 safe Veterans Day parade.

On Tuesday, the 101-year-old veteran traveled 250 miles to pay tribute to his fellow veterans.

Walton's son, Paul Walton, said his father wants to visit all 50 states to raise awareness about the rapidly shrinking number of World War II veterans and the sacrifices they made for our country.

"It is so important, especially right now, because so many people are losing touch with their past," said Paul, "There are a few remaining World War II veterans left, and this one here is willing and able to go to every single hamlet throughout the United States."

From Harrisburg, Walton makes his way to the nation's capital, then back up towards America's birthplace, Philadelphia, until finally reaching New York City.