Alexa is one of multiple children who died in the Clyde and eastern Sandusky County cancer cluster. 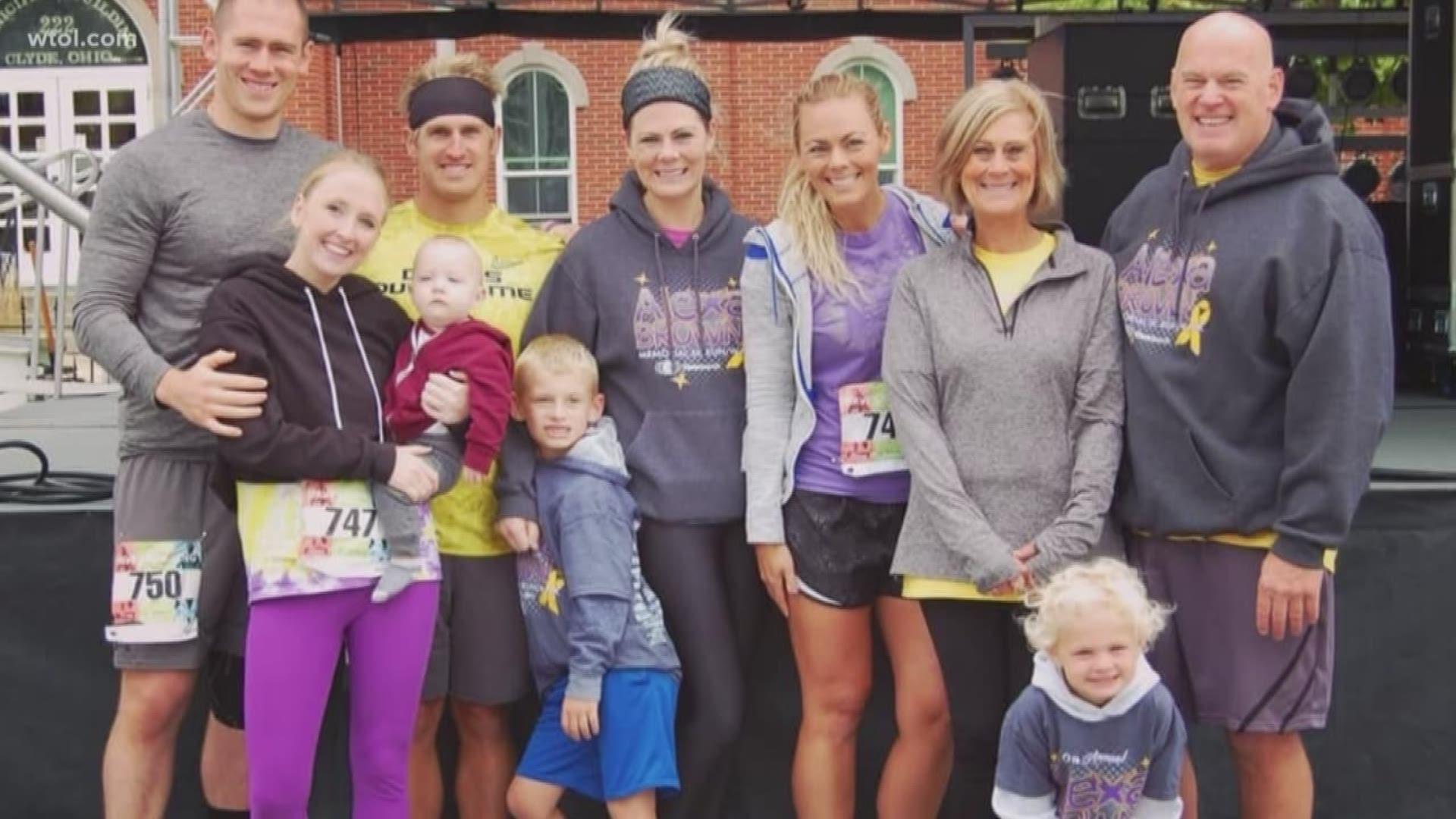 CLYDE, Ohio — Ten years in a kid's life can just fly by - unless they never get those years.

This is what the Brown family of Clyde is dealing with today, ten years to the day after their daughter Alexa died from childhood cancer.

WTOL sat down with her parents to see how they are coping and keeping her legacy alive.

"Well you kind of can't help but reflect. When you see people's names and you see 'okay, there's Alexa right here,'" said Alexa's mother Wendy Brown as she look at a memorial in downtown Clyde for seven children who died in the Clyde and eastern Sandusky County cancer cluster.

Alexa fought hard and courageously for more than three years with her family by her side until the end.

The memorial, made of marble, was dedicated in 2017.

"It causes me to pause and then sometimes, if I pause too long, that's not a good thinking either," Wendy said, holding back tears.

While an exact number isn't known, it's believed a dozen or more children died over a ten-year period from the cancer cluster.

Wendy and and Alexa's father Warren Brown allowed us to document Alexa's brave battle up until the end when she earned her place in heaven.

"Alexa was 11 when she died. That when it gets to next year, it's going to be that she has been gone more years than she was alive," Wendy said.

"There is a hole in the heart that will never heal," said Warren. "And the person who coined the adage that time heals all wounds, time heals some wounds. Not all wounds."

Wendy added, "So then it kind of gets, I'm not going to say depressing, but sad, to think that that many years have gone by since she hasn't been with us."

While Wendy and Warren and Alexa's siblings, Abby, Amanda, and Ethan, have been grieving, they've also grown as a family.

Abby and her husband Greg have 7-year-old Hayden and 4-year-old Lily, and Ethan and wife Shelbe have one-and-a-half-year-old Camden.

But the Browns haven't forgotten the questions over what caused all these children to die.

The state of Ohio investigated dozens of cases, but no specific cause was ever found. There was no "smoking gun."

But all suits were dropped or dismissed.

"All of us will continue to have our own opinions about that whole affair and why it was that that inordinate number of kids got sick in such a short period of time," Warren said.

And stunningly, it could still be happening.

Everyone is welcome to participate.

On Sept. 21, the Brown family will also host the 10th-annual 5K run and walk during the Clyde Fair.

Through the run and walk, $100,000 has been raised in ten years for childhood cancer research.

Alexa's memory also lives on with Alexa's Butterflies of Hope, a non-profit for critically ill children in the area.

"We see shirts, her shirts, all over the place. And then people will say, 'Alexa. Alexa Brown!' Like they know her. And some people, they never even met her," Wendy said.

"We hope that even our small contribution that we make to national childhood cancer research will some day truly eliminate childhood cancer. I don't know if that's humanly possible, to tell you the truth, but we're not going to stop trying," added Warren.

Sandusky County Public Health Commissioner Bethany Brown told us she has not seen any increase in cases or reports of childhood cancers through their state registry for Sandusky County.

Brown also said the last cancer cluster investigation was closed in 2013, but they will continue to watch the numbers to see if any anomalies appear.

There is no current cancer investigation happening at this time.