Toledo ranks in top 2% of cities with smallest credit card debt paydown, according to study

Although much of the country has begun paying off mounting credit card debt this year, Toledoans are struggling to catch up. 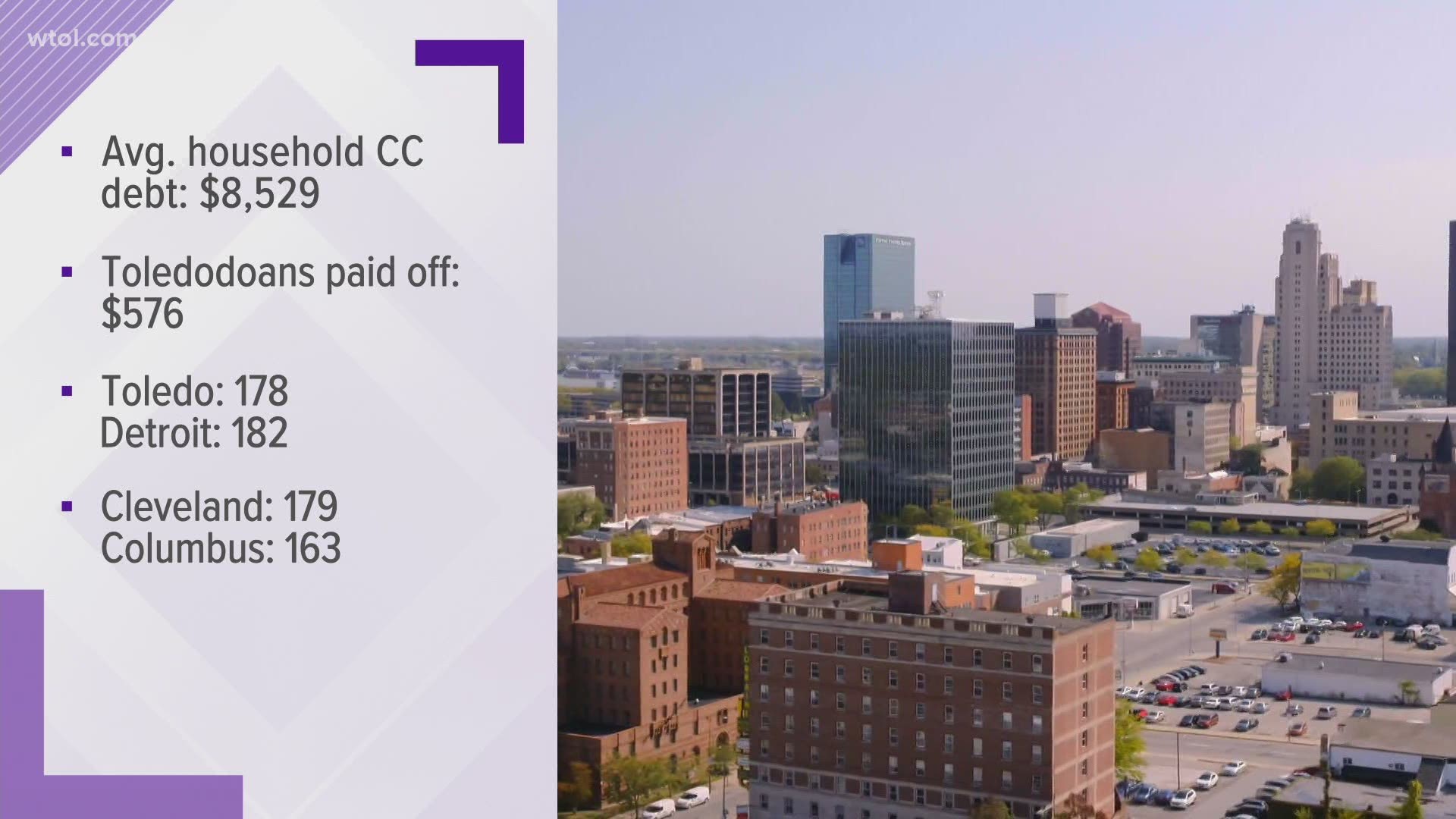 TOLEDO, Ohio — While much of the country has managed to begin paying off mounting credit card debt this year, in Toledo it's another story.

As part of a credit card debt study, WalletHub found that the average household debt in the Glass City is $8,529, and Toledoans have only managed to pay down $576 of that since the start of 2021.

WalletHub analyst Jill Gonzalez says that's likely because areas like ours are still being affected by the last recession.

"Because of that we've seen those effects really hardened by the pandemic, that's what we see across the board here and so there is a little bit of a regional trend and also an industrial trend in terms of what industries have been affected by the pandemic."

So here's what you can do to break out of that cycle of debt: Make bigger payments on the cards with smaller balances so you can clear them quickly; focus on paying off credit cards with the largest interest rate; pay more than the minimum: and reprioritize your budget to and find ways to cut back so you can pay off that debt.

"Credit card debt will likely increase by around $60 billion during 2021, even after a $56.5 billion first-quarter pay down," said Gonzalez. "It's hard to imagine a scenario in which debt would not increase somewhat in the short term as the economy continues to reopen, extra unemployment benefits rollback, and consumers make up for lost time when it comes to spending."