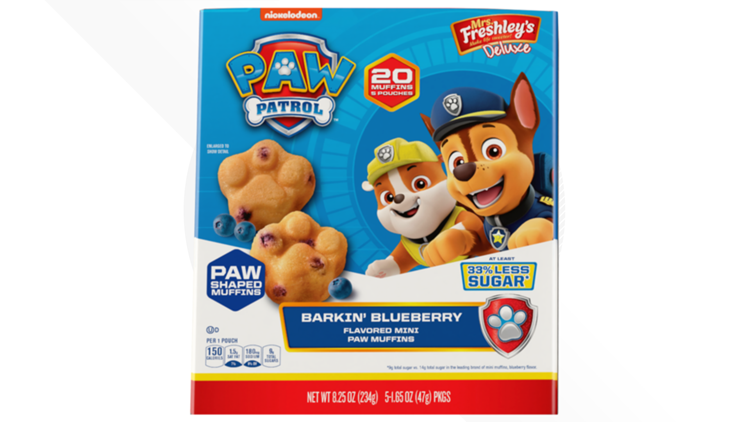 The brand says it was made aware of issues with the mini muffins, which come in "Barkin' Blueberry" and "Pawfect Choco-Chip" flavors, after customers began complaining earlier this week.

According to a Facebook post by Mrs. Freshley's, some packages of the mini muffins "may have an unpleasant smell and could possibly develop mold before the 'best if used by' date.

Mrs. Freshley's
Thank you all for bringing this to our attention and for your patien... ce over the last 24-48 hours. After further exploration, we've decided to remove all Mrs. Freshley's Paw Patrol Mini Muffins off the shelf while we resolve the issue. Your family's experience with Mrs. Freshley's products is very important to us.

One Facebook user claims her son complained of a sore throat after eating the mini muffins.

"I could immediately taste the chemicals and had an awful aftertaste," the woman wrote in a Facebook post. "A few minutes later my throat started to tingle and burn. It has continued to hurt and burn for 2 hours now. My boys ate this whole box minus the two I tried. No wonder his throat was hurting this morning. I googled reviews and there are a lot more people with the same complaint."

The brand says no other products have been affected.