Startup GetUpside has found a unique way to give users personalized deals at gas stations, restaurants and grocery stores. 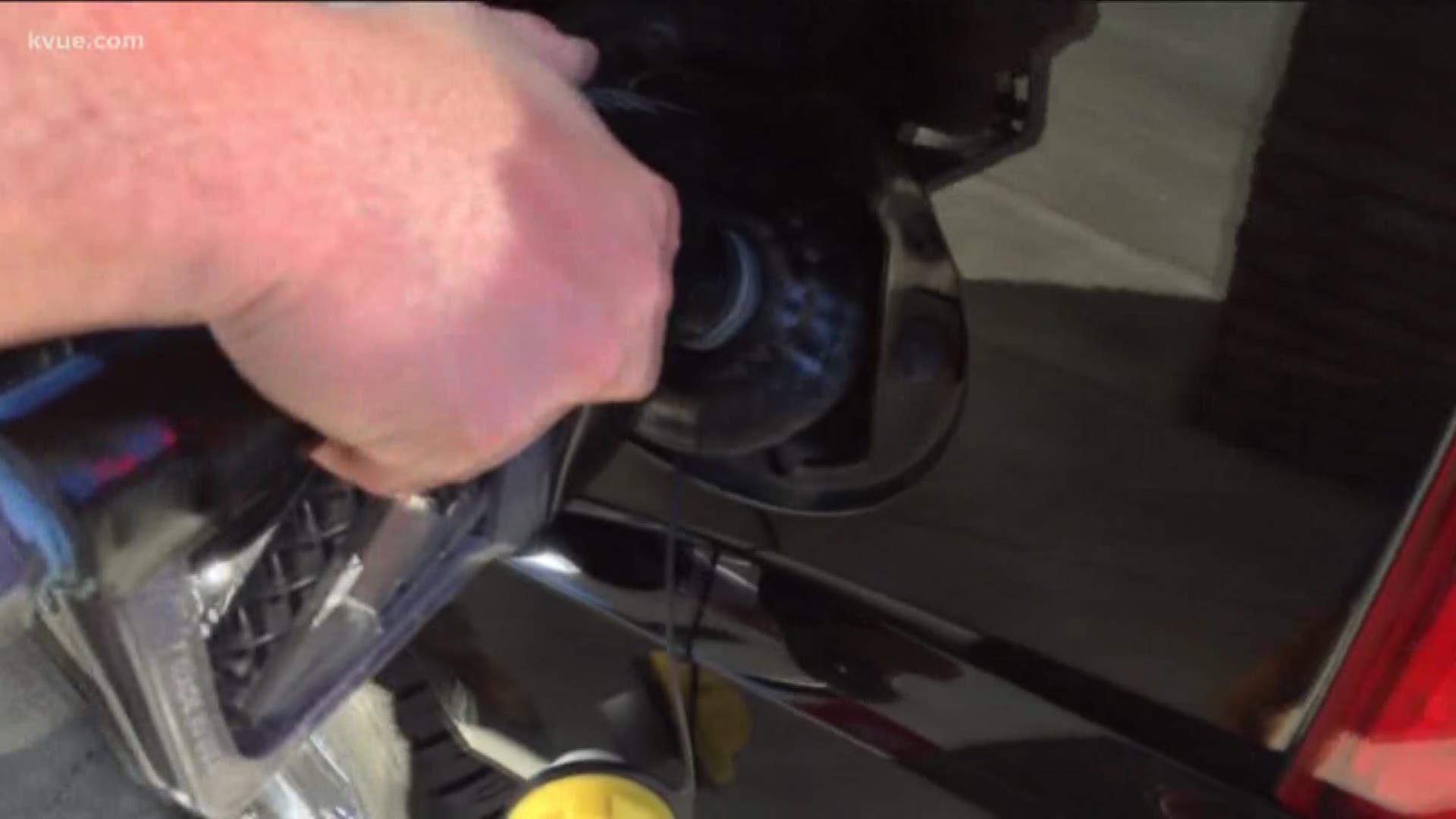 AUSTIN, Texas — Do you ever get gas, drive past another station a little down the road realize you missed out on a better deal? There's an app that can find the best prices while also giving you back some of the money you are spending to fill up your tank.

Startup GetUpside provides personalized deals at gas stations, restaurants and grocery stores. Wayne Lin and Alex Kinnier started the company in 2016 in Washington D.C. The app's team works with gas stations around the country and partners with certain locations. By joining the GetUpside app, those stations are then put on the app, showing the user how much gas costs that day.

Along with showing the current price, each pin on the free app includes a claim offer you can accept to get a certain amount of money back per gallon. Once you get fuel, you print out the receipt, take a photo of it and submit it within the app. The next day, you'll get that money back.

There are more than 100 gas stations in Austin, including Shell, Exxon and Chevron, that are offering cash back on the app. The app has more than 2 million users in 31 states.

Lin's team just added six employees to its new office in Austin and plans to hire 20 more by the end of the year.

"We kind of just loved the city perspective as a very authentic, very real city around technology," Lin said.

Matthew Critchfield is someone who lives in Austin and is taking advantage of the app. Critchfield delivers medical equipment around the Austin area for the homecare company, Homecare Dimensions.

"We move anything from hospital beds to oxygen to wheelchairs," Critchfield said. "I drive 800, maybe 1,000 miles a week."

He heard about GetUpside on the radio and decided to try it out when filling up.

"I was very skeptical at first because it was almost too good to be true," Critchfield said. "It's been awesome. It's been great. In just the past few months I have about $120 so far."

Scott Kramer is another Austinite who uses the app. He works for DoorDash all around Central Texas.

"I have to fill my gas tank every day," Kramer said. "I don't know many people who commute less than 15 miles one way. If you own a car, you have to get gas anyway. Why not use the app and get paid for something that you have to get anyway?"

Kramer said he uses GetUpside on his break at Wendy's, one of the main restaurants partnered with the app.

GetUpside offers cash back at about 30 Wendy's in Austin along with other restaurants as well. Lin said while there are no grocery stores available through the app in Austin, he expects that to change in the near future.