More than 695,000 jobless claims filed over three weeks in Ohio

The Ohio Department of Jobs and Family Services said more than 364,000 claims were filed for the entire year in 2019. 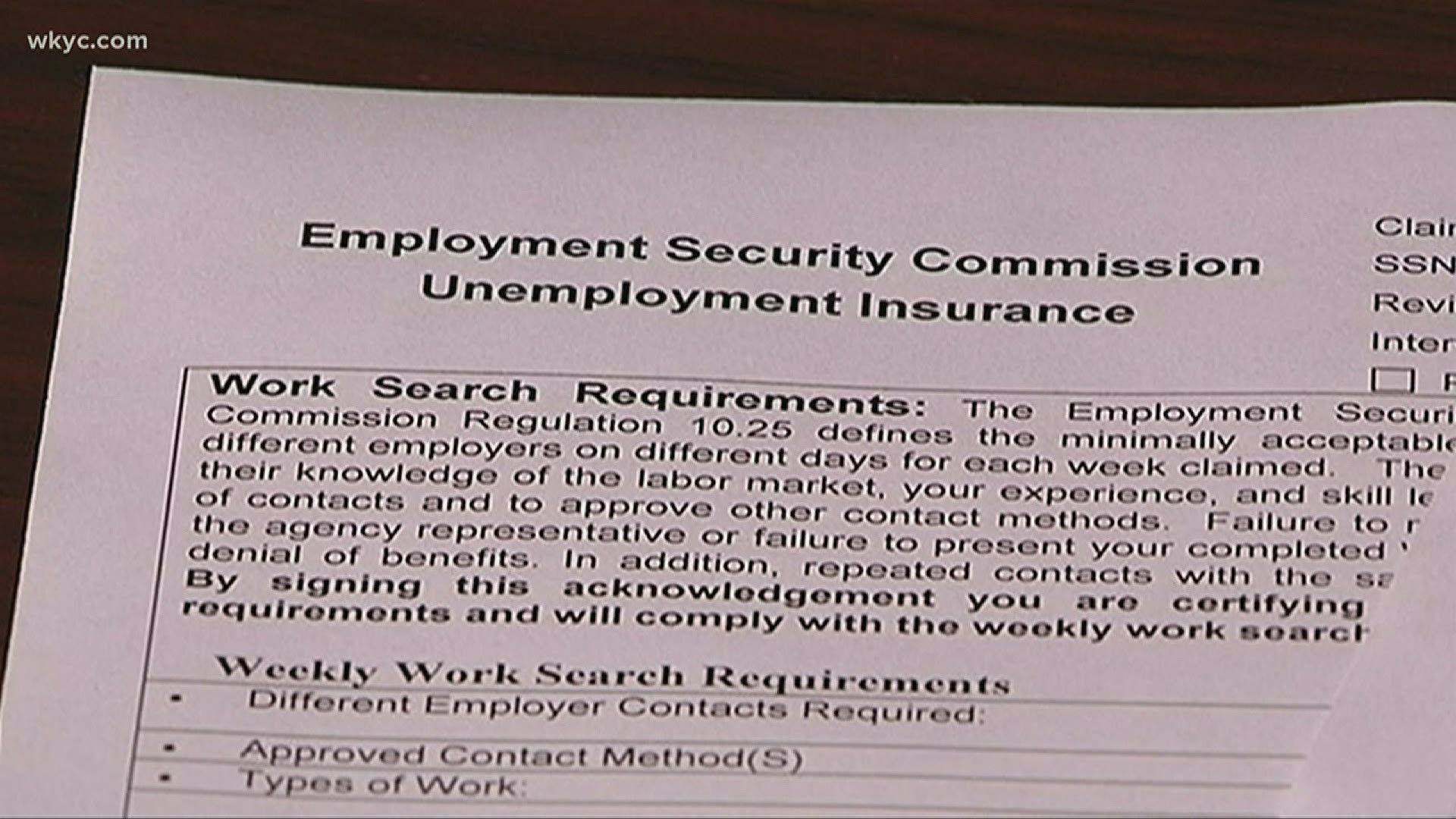 COLUMBUS, Ohio — Unemployment claims in Ohio increased more than 225,000 last week, according to the Ohio Department of Jobs and Family Services.

ODJFS said a total of 696,519 claims were filed for unemployment over the last three weeks.

The recent numbers come during the coronavirus pandemic, which has seen many layoffs from businesses closing.

ODJFS said it has distributed around $132 million in unemployment compensation to more than 200,000 people.

Director Kim Hall acknowledged the issues some people have faced while trying to claim unemployment benefits, including the high call volume.

"Our call volume is tremendous," said Hall. "Several million calls and the system was no designed to handle that many calls. I think in February, before the pandemic, our call volume was around 112,000 calls and now we're at more than a million."

ODJFS is working to add more staff members – with hopes to have around 1,000 staff members by the end of the week. Hall said they’ve also focused on moving agents to help with resetting pins to free up space.

"The pin resets are the gateway to actually less people having to call and file. If you can get your pin reset, you can start engaging online, using self service mechanisms so it’s moving people onto the website."

But even as some people have been able to apply for the benefits, Heather Brumbaugh who lost her marketing job in late March, said she was still waiting on her benefits.

"I know they’re trying, I know they know it’s a problem, but it doesn’t help me when I look at the bills I have to pay," said Brumbaugh.

Brumbaugh said she's found it difficult to get in contact with ODJFS.

"In a instance where I would try to chat or just to follow up, I just can’t get through anywhere, so I just sit here and wait."

DuVallon Parker, who filed for unemployment benefits in mid-March, said he is also waiting for the payment that was sent to his direct deposit. He said he made several attempts to contact the department for help but has struggled to get in contact with ODJFS.

Hall said she understands the frustration.

"We hear you and we’re working diligently," said Hall.

For helpful websites, tips and more on filing for unemployment, click here.

The Ohio Department of Job and Family Services urges individuals to file their claims online, if possible, at unemployment.ohio.gov. Each claim is important to us, and we recognize the hardship that the COVID-19 pandemic has placed on many Ohio families. We have been working around the clock to streamline performance and boost capacity by adding servers so the online claims system can handle the unprecedented influx of claims, which has affected processing times.

It's important to keep in mind that during previous downturns in the economy, claims came in waves as the recession worsened and industries began to shut down whereas these claims came in all at once and created a tsunami. This amount of claims in this short expanse of time would tax any online system, especially one that is 16 years old. It’s also important to note that unemployment insurance automated systems around the country are also struggling with the increased claims load.

Coronavirus-Related Claims
Workers who lose their jobs as a result of the coronavirus can enter the mass-layoff number 2000180 on their applications. However, if affected individuals have already submitted claims without this number, they do not need to add it.

RELATED: 16.8M Americans thrown out of work as economic toll of virus rises