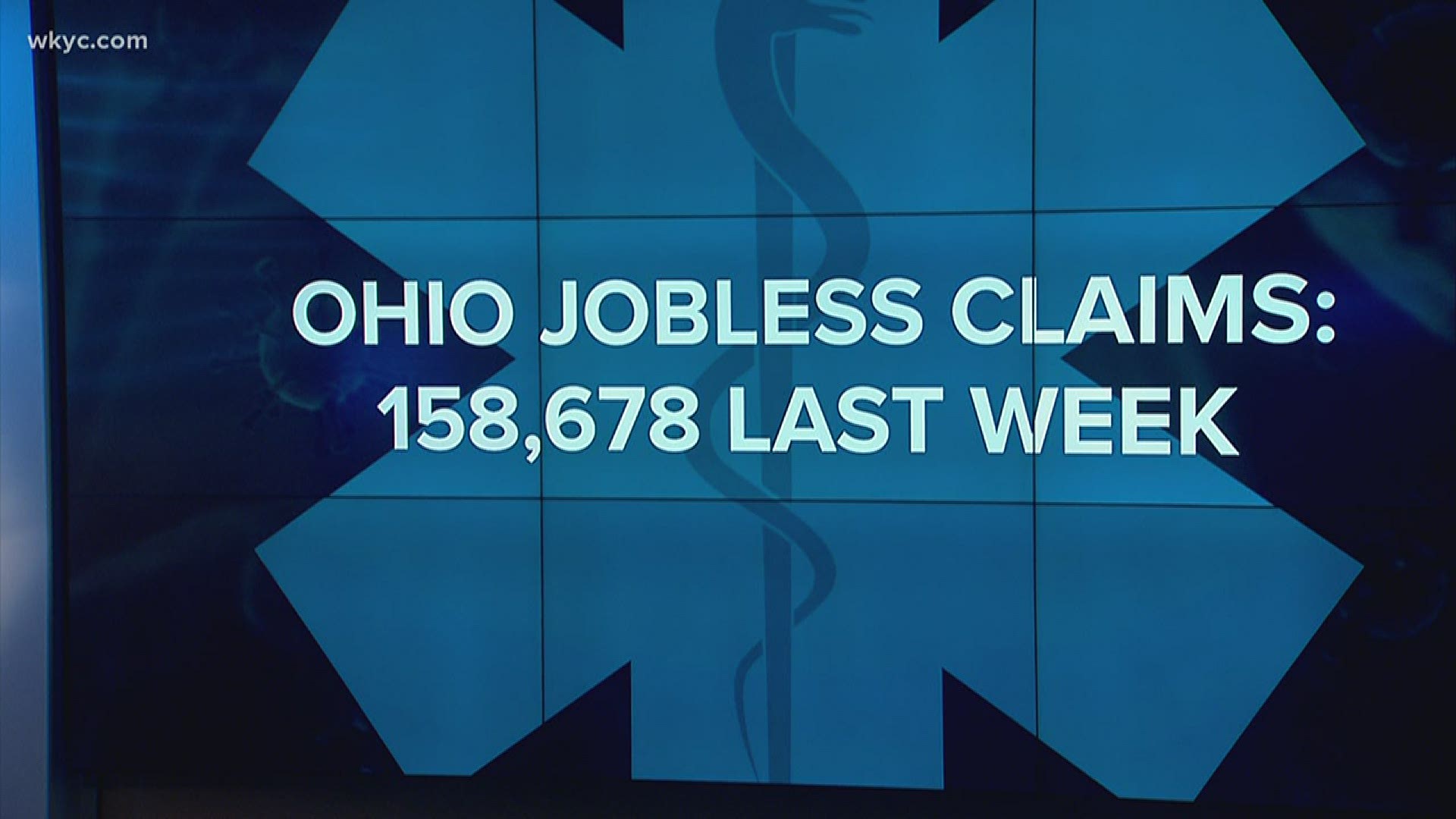 COLUMBUS, Ohio — Another 5.2 million people in the United States sought unemployment benefits last week. That brings the total for the last month to 22 million people. It's the worst stretch of U.S. job losses on record.

“First I say that we are working diligently to work through all of that processing,” said Ohio Department of Job and Family Service Director Kim Hall.

Hall says if there are additional questions to verify on an application, it can take weeks. She says they are working to add more call takers to cut down on the wait.

“At this point in time if there is a challenge with the claim, we are at about a three week, three to four week window to work through all of those,” Hall explained.

There is good news for 1099 workers and those who don't average more than $269 a week in gross income. They will be able to start applying for benefits next week under the pandemic unemployment compensation program. There is a wage calculation, but that income threshold will drop to $189 a week to qualify for benefits. They will also be eligible for the $600/week add-on.

These workers will apply through a new cloud-based system, so Hall says it shouldn't further slow-down the application process.

Even though those workers will be able to start applying next week, they won't receive their benefits until mid to late May.

With so many expected to file for unemployment, there will be a drain on the available funds. Right now, the state has just under $8 million in the trust fund balance.

“We know there will be tremendous pressure on our balance right now,” Hall explained.

RELATED: This free app takes over the burden of filing unemployment for you