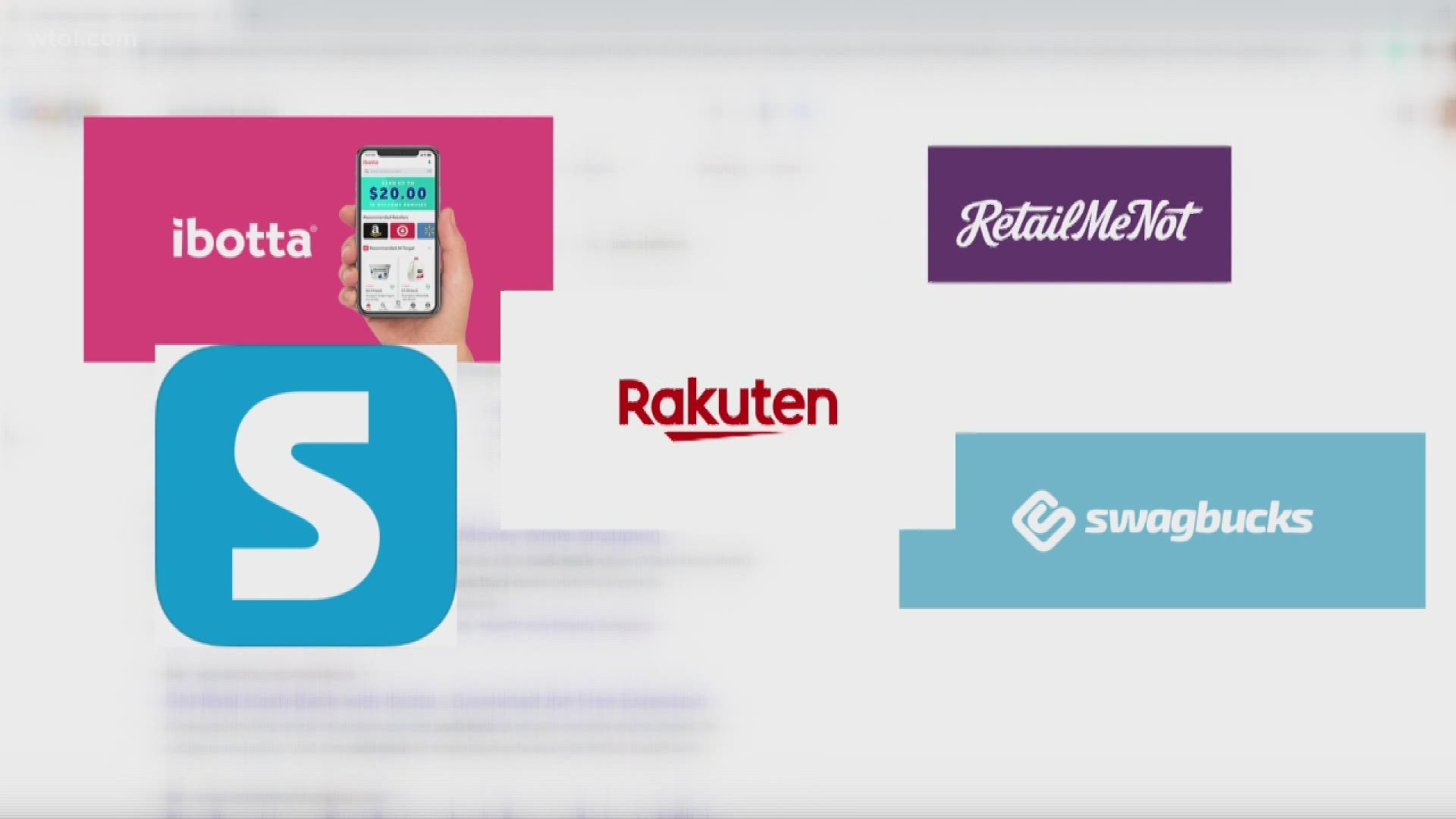 TOLEDO, Ohio — As people get more people become tech-savvy they've begun taking couponing to the next level. Groupon is a prime example of how, for many, it all began, and these days that next level means apps.

Digital couponing apps like Ibotta, Honey, SnipSnap, and Target's Cartwheel are on the rise and making it easier than ever to save money. Experts say, for the most part, paper couponing is declining and the great majority of people who use coupons are over 50 years old.

With the rise in cash-back apps like Ibotta, Ohioans are saving millions. According to Ibotta CEO Bryan Leach, in the last five years Ohio has been the fourth most consumer-savvy state, earning back $43,095,785 in cash through their app. Michigan comes in 10th on the list with $30,619,987 in cash back earnings, through digital couponing.

So for those of you still clipping coupons the old-fashioned way, here's how Ibotta works. "You install the app, create an account and look for things that you want to buy," Leach said.

Afterward, you just pull up the app and hit the store and buy things, then Ibotta will "take a look at what you bought. If it matches one of the cashback offers we have, we send cash directly to your Ibotta account and you can put it on PayPal, Venmo, (or) a bank account," Leach said.

Best of all, with digital couponing apps, most of them just apply the savings immediately. Or in the case of Ibotta, pay you directly.

"We've found that people want cash, they don't want points or rewards, they don't want 15 different currencies," Leach said. "They want cold, hard cash that they can put on their bank accounts."