The agreement was reached Oct. 31.

Credit: AP
FILE- In this Feb. 14, 2019, file photo a wheel on a 2019 Ford Expedition 4x4 is displayed at the 2019 Pittsburgh International Auto Show in Pittsburgh. Members of the United Auto Workers union at Ford Motor Co. have voted to approve a new contract with the company. The union says in a statement Friday, Nov. 15, 2019, that 56.3% of workers who voted were in favor of the deal. (AP Photo/Gene J. Puskar, File)
Author: Associated Press
Published: 11:35 PM EST November 15, 2019

DETROIT — Members of the United Auto Workers union at Ford Motor Co. voted Friday to approve a new contract with the company.

The union said in a statement that 56.3% of workers who voted were in favor of the deal.

The four-year agreement reached Oct. 31 gives workers a mix of pay raises and lump-sum payments as well as a $9,000 ratification bonus. The company also promises $6 billion in U.S. factory investments. Ford gets to close an engine factory near Detroit but its 600 workers there will get jobs at a nearby plant.

The contract will cost Ford $700 million in the fourth quarter, mainly to pay ratification bonuses to its 55,000 hourly workers.

Union spokesman Brian Rothenberg said Friday night he did not have vote totals.

The deal is similar to one ratified by General Motors workers after a bitter 40-day strike this fall.

On Monday, the union will focus bargaining on Fiat Chrysler, the last of the Detroit Three automakers to settle. 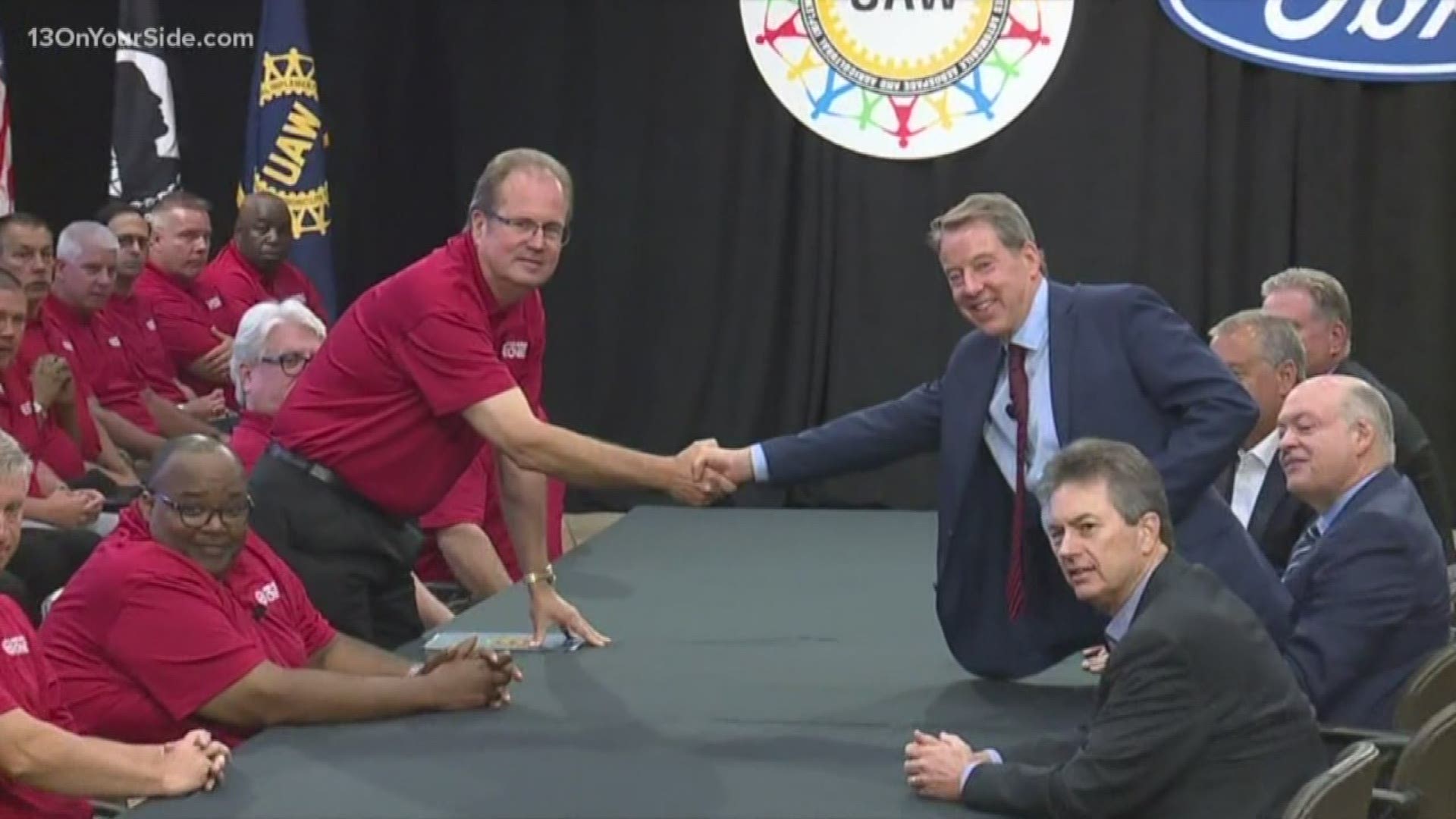 More UAW stories on 13 ON YOUR SIDE: