The 17-year-old pushed the bear away from one dog, and made it inside her home with all the pups safely. 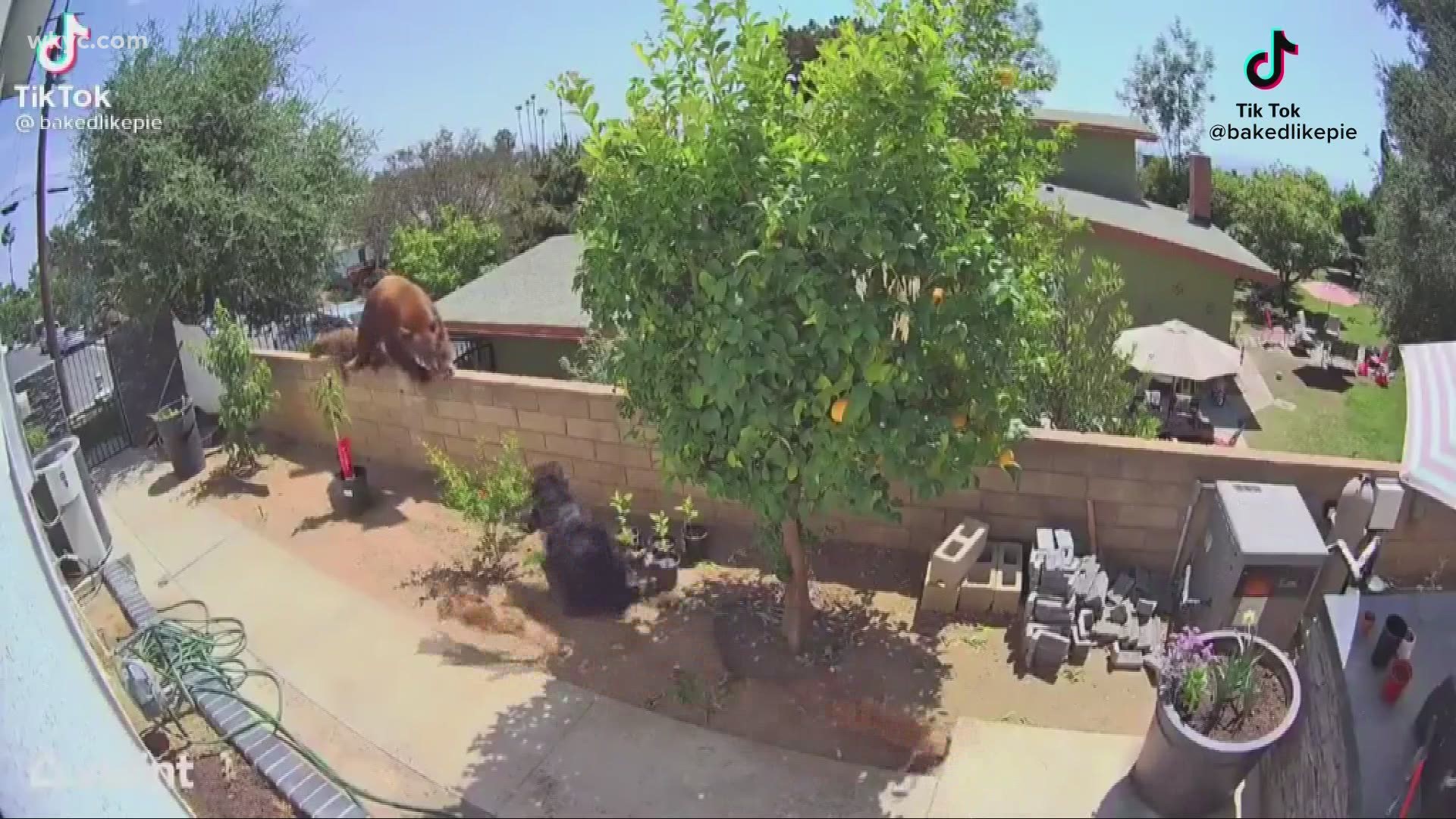 BRADBURY, Calif. — A 17-year-old girl shoved a large bear that was swatting at her family dog in their Southern California backyard.

Surveillance video aired by the ABC 7 television station shows the mother bear perched on top of a wall, facing off with a black dog on the ground.

Two bear cubs are behind the bear while four smaller dogs bark and dart around the yard.

The teen sprints to the bear, uses both of her hands to push the bear off the wall, picks up one of the smaller dogs and runs away.

ABC 7 reports the girl suffered small scratch, but that she and the dogs were OK.